Reese Witherspoon's Reaction To Meeting Kate Middleton Is So On Point

Even though Reese Witherspoon consistently works with celebrities like Meryl Streep and Zoe Kravitz, she, like Sophie Turner, still has the tendency to get starstruck. In Reese's new book, Whiskey in a Teacup, Reese described the moment she found out she would meet Kate Middleton and she totally lost her cool. Fair enough!

To quote the Big Little Lies star, she was "relatively immune from the obsession with the royals," but that all went out the window when she received an invite to Prince William's Tusk Trust wildlife charity fundraiser in Los Angeles seven years ago.

"The scream that issued from my lips upon receiving [the invitation]—you would have thought I was going to die. I wake up early, mind you, but on that day I was up at 4 a.m. doing my hair. That's early, even for me. 'I've never seen you this excited,' my husband said. He wasn't kidding."

Reese said she was so excited she had her husband take photos of her in the car on the way to the event. She recalled, "You can see rays of happiness shooting out of my face. I love Kate Middleton that much."

Lucky for Reese, when she finally met Kate, Kate did not disappoint. Reese wrote, "She was just lovely and warm, elegant and composed...I immediately fell under her spell. She's just as magnificent as she seems to be. She's a very compassionate, socially conscious, deeply caring person." 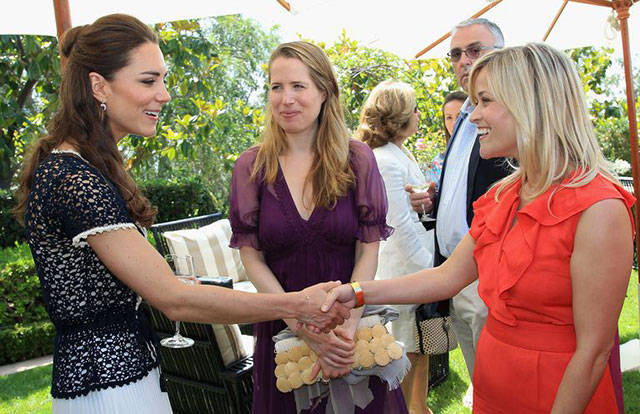 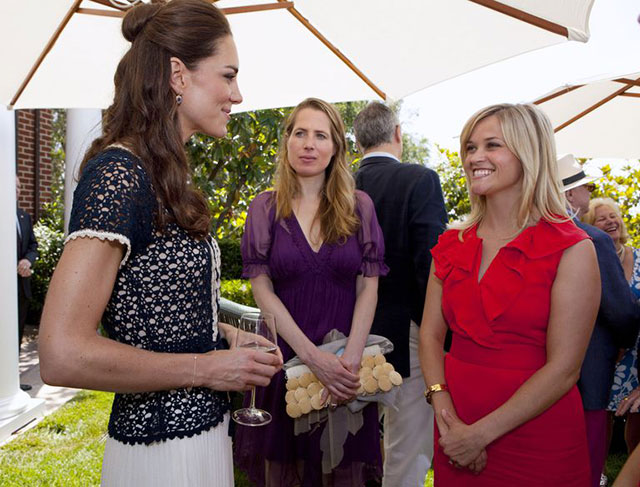