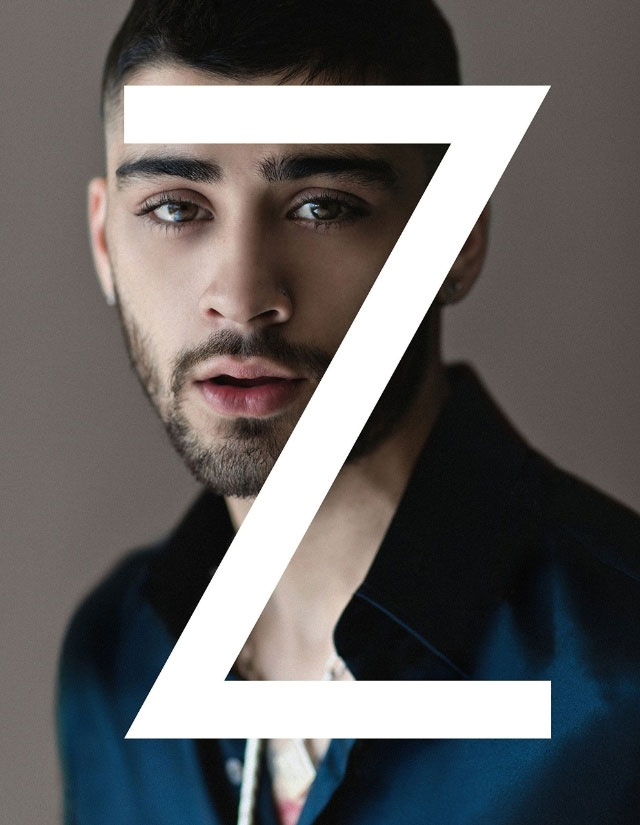 Zayn Malik recently released his first book, an autobiography titled Zayn, and like his first solo album, it’s full of insights into the ex–One Directioner’s brain. Since leaving 1D in March 2015, Zayn has given a lot of interviews about why he decided to go solo, but in the book, he goes into much more detail about his state of mind, and the physical and emotional turmoil he dealt with near the end of his time in the band. But the book isn’t only about 1D—Zayn also writes about the making of Mind of Mine, as well as his childhood in Bradford, England, and his relationship with his family. Below, 14 of the biggest reveals from Zayn, a book you should still read yourself because it contains approximately 1 million beautiful photos of Mr. Malik.

1. Zayn’s mother encouraged him to leave One Direction if he felt that it wasn’t bringing him joy.

“It was my mum who gave me the reassurance I needed to go with my decision,” he writes. “She said, ‘If it doesn’t make you happy, just don’t do it.’ That simple. I felt like that was the permission I needed to do what I needed to do.” And when he got home from touring with 1D, the first thing his mom did was cook him his favorite chicken curry.

2. He’s still proud of his time with One Direction, despite what might you think about him leaving mid-tour.

“I’m not sure people realize that, but I am,” he says. “I’ve got the memorabilia—the platinum discs we received with every album—all over my house. I have a wall dedicated to displaying them.” He also notes that he doesn’t feel any sense of rivalry or competition with them now, because “what we’re doing is just not the same.”

3. If he weren’t a singer, he would go back to school and study English.

“I think I’d get a lot of satisfaction out of doing that,” he writes. “I love reading, and I think an education is one of the most important things you can have.”

4. He played Danny Zuko in a school production of Grease.

“Drama really helped me to express myself; it gave me an outlet,” he says. Please enjoy a grainy video of this event below:

5. He joined the school choir to meet girls and even wrote a couple of songs for a girl he liked.

“I recorded them and left the tape in her locker at lunchtime,” he writes. “I prayed and prayed she would like them. No comment. Looking back, I guess they were pretty fucking embarrassing. I hope she’s thrown that tape in the bin rather than kept hold of the songs. I’m not sure I’d like to see them pop up online.” Does this woman even know what a blessing Zayn bestowed upon her?

6. Zayn had never even been on a plane before his X Factor days.

Knowing this, the rest of the One Direction lads decided to mess with him on his first flight. “I was really nervous about it, and it didn’t help when the boys thought it would be hilarious to convince me that the plane would do a loop-the-loop after we took off,” Zayn says. “I nearly shit myself.”

You’d be forgiven for thinking as much given its lyrics, but Zayn claims it’s “more layered” than that. “It’s about the ups and downs of relationships,” he says. “Good times and bad times. We’re all tested in relationships—with our families, friends, lovers, whoever—and I like to think that, as I let go of some of the not so loving sides of myself, I encourage those I’m in relationships with to do the same.”


8. He struggled with an eating disorder near the end of his time in 1D.

“It wasn’t as though I had any concerns about my weight or anything like that, I’d just go for days—sometimes two or three days straight—without eating anything at all,” he writes. “It got quite serious, although at the time I didn’t recognize it for what it was. I think it was about control. I didn’t feel like I had control over anything else in my life, but food was something I could control, so I did.”

“My influences come from many places,” he says. “As long as it’s a good tune, I’m into it.” I just hope he got to see Shania while she was in Las Vegas. Those live horses were really something!

10. He once got in trouble for bringing a BB gun to school.

It wasn’t loaded, but Zayn writes “waving it around didn’t go down too well.” His penchant for occasional troublemaking hasn’t fully abated in adulthood either—when he first moved to L.A., he got kicked out of two different houses because noise complaints.

11. Leaving One Direction didn’t cure him of his anxiety.

Zayn has talked about his struggles with anxiety before, but he goes into much greater detail in the book, especially with respect to concerts he’s played since going solo. “The only way I can explain the anxiety I experience is that there’s a certain level of expectation I put on myself, and a certain level of expectation I feel from the fan base and the public,” he writes. “When I don’t do what I’m supposed to, it’s not because I’m disrespecting [people’s] investment in me, it’s because I respect what they’ve invested in me so highly I don’t want to let them down by giving them something that’s second rate and shit.” For the record though: He hasn’t actually asked Adele for help, despite reports to the contrary.

12. “Tio,” the Mind of Mine song that includes the line “let’s get naked and explore our inner secrets,” wasn’t originally supposed to be so dirty.

“It seemed more fun like that,” he says. He’s not wrong.

13. He built his own makeshift bar in his backyard.

His grandparents ran a pub called the Bradford Arms when he was a kid, so the bar (which he describes as a “safe haven”) is partially a tribute to them and contains memorabilia from their bar.

14. His dad inspired the song “Intermission: Flower,” which Zayn sings in Urdu.

Zayn credits his father with introducing him to music like Prince, Bob Marley, and the Notorious B.I.G. “When I was little, I think it was a bit of a mission of his to turn me on to ’90s hip-hop,” Zayn writes. “It got into my blood really young.”