All The Nicknames The Royal Family Have For Each Other

Just like any ordinary family, the British Royals like to give one another endearing nicknames. But because they don't use them in public, we've done some digging to find out all the pet names you'd hear flying around the dinner table at Buckingham Palace. 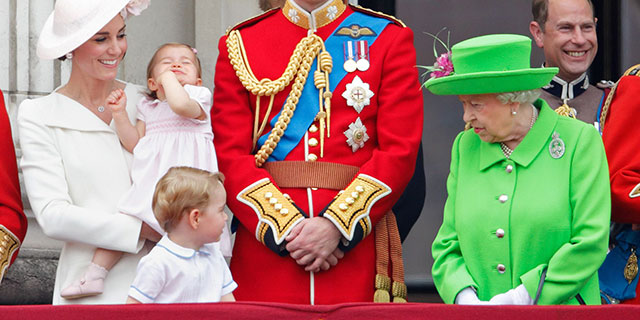 In an interview with ITV in April 2016 to celebrate the Queen's 90th birthday, Kate Middleton revealed a sweet detail about her eldest son's relationship with his great-grandmother, Queen Elizabeth II.

"George is only two-and-a-half and he calls her Gan-Gan," Kate said. Bless him. And it seems the affection is mutual. "She always leaves a little gift or something in their room when we go and stay and that just shows her love for the family," Kate added, talking about the Queen.

Now aged five, who knows whether Prince George still calls his great granny "Gan-Gan," or if he's matured to "Your Majesty," as she's formally known. 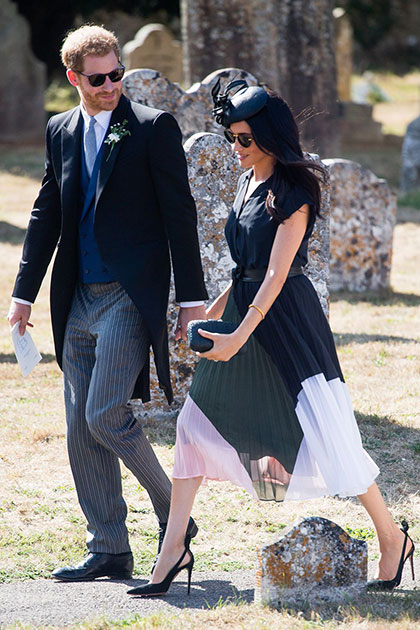 Before you panic that Prince Harry may not be quite the suave, smooth Prince you had him down as, don't worry—he's not given his wife a cringey nickname like schnookums or anything. In fact, Harry's chosen pet name for Meghan is far simpler than that.

Back in April, during an Invictus Games Reception, Prince Harry was filmed saying: "Meg! Meg!" while trying to get his then-fiancé’s attention for an introduction. 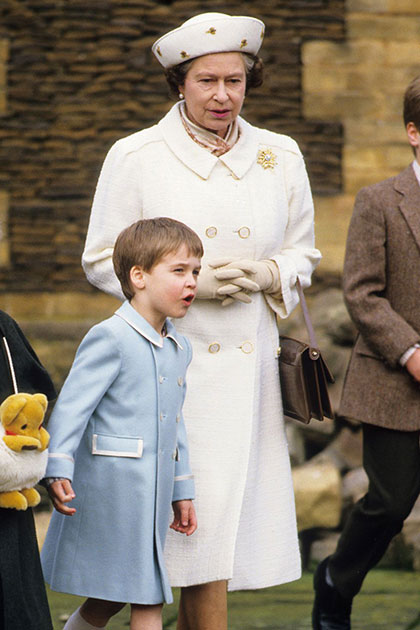 Despite the fact she should probably officially be called "Ma'am" or "Your Majesty," Prince William and Prince Harry were let off the hook when it came to the Queen, and have always been encouraged to call her "Granny." Well, she is their grandma, after all.

But it seems it took a young Prince William a while to get the hang of "Granny". According to The Daily Mail royal correspondent Richard Kay, when the prince was just a child, he was overheard yelling "Gary, Gary" as he cried, having just fallen over in the grounds of Buckingham Palace.

"A guest who went to help asked who Gary was, assuming it must be a member of the royal household. 'I'm Gary,' explained the Queen, as she scooped him up. 'He hasn't learned to say Granny yet.'," Kay wrote. We'll never see her as anything else from now on... 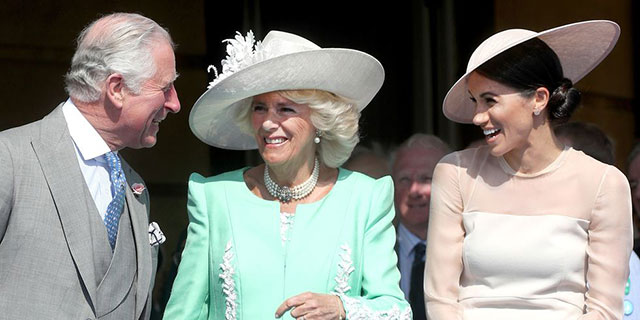 We realized what a good relationship Prince Charles shared with his daughter-in-law Meghan Markle when he offered to step up and accompany Meghan down the latter part of the aisle after her father, Thomas Markle, was unable to attend the Royal Wedding.

And Charles is such a fan of Meghan, it seems, it didn't take him long to give her an endearing nickname. Sources speaking to The Daily Mail revealed the future King has started calling the Duchess of Sussex "Tungsten," after he likened her tough and unbending personality to the strong metal.

"Prince Charles admires Meghan for her strength and the backbone she gives Harry, who needs a tungsten-type figure in his life as he can be a bit of a softy," the source said. And if that's true, it's incredibly sweet, especially considering everything Meghan is going through with her own father. 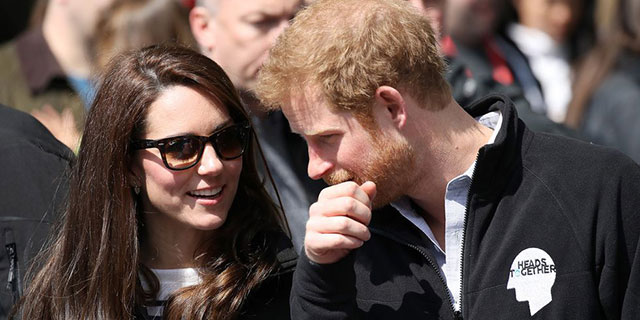 Prince Harry was a third wheel in Kate and William's relationship for quite a few years (sorry, it's true), so it's unsurprising that Harry and his sister-in-law would strike up a close bond of their own.

After hearing on a podcast that Harry had nicknamed Kate 'Cath', radio presenter Scott Mills recently decided to quiz the Duchess of Cambridge on it. And while she didn't 100 percent confirm it, she also didn't deny it, so we're going to take that as affirmative that Harry does indeed call Kate, 'Cath'.

"I'm not sure, I'm not that familiar with it," Kate told Scott Mills, adding: "But I will answer to most things." Noted. 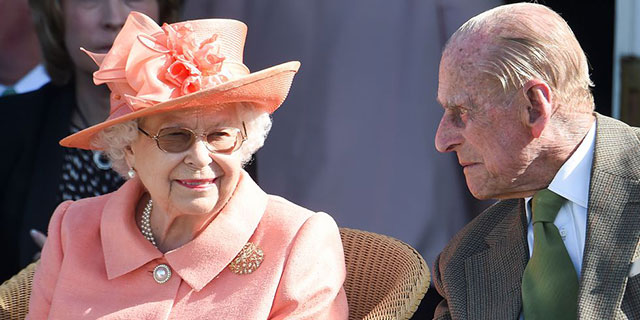 They've been married for almost 71 years, so it comes as no surprise that Prince Philip might have a nickname for Queen Elizabeth. But he gets extra points for how adorable it is.

According to royal biographer Robert Lacey, speaking to The Sunday Times back in 2006, the Duke of Edinburgh affectionately (we think) calls his wife "Cabbage."

"Yes, I've heard that is how he will sometimes refer to her," Lacey said. Oh, stop. 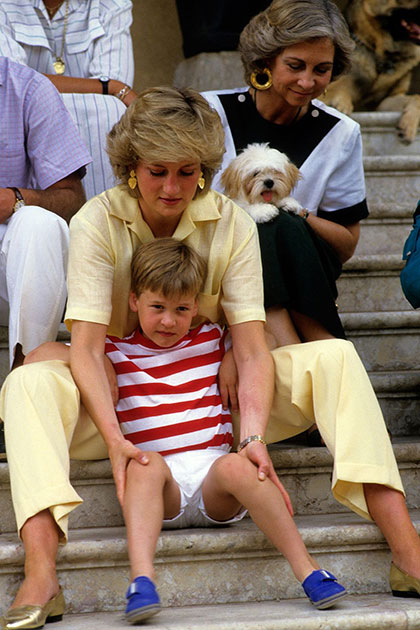 Just like most parent/child relationships, a nickname quickly developed for Prince William from his mom, Diana, and it was a cute one: "Wombat."

In a 2007 interview with Matt Lauer for NBC, the Prince explained how it came about. "It began when I was two. I've been rightfully told because I can't remember back that far," Prince William said.

"But when we went to Australia with our parents, and the wombat, you know, that's the local animal. So I just basically got called that. Not because I look like a wombat, or maybe I do." 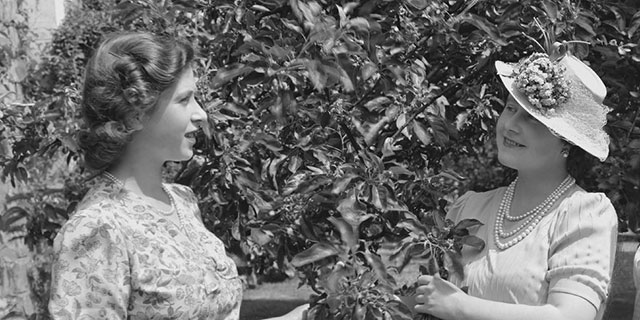 Elizabeth is a strong Royal name, but who knew Queen Elizabeth II didn't always go by that? In fact, growing up she was known to her mother and the rest of her family as "Lilibet."

Rumor has it, the nickname came about after Elizabeth couldn't pronounce her own name, but it may also be because her mother was called Elizabeth, so it would have avoided any confusion there.

Queen Elizabeth's father, King George VI, famously used to say about his two daughters: "Lilibet is my pride. Margaret is my joy." 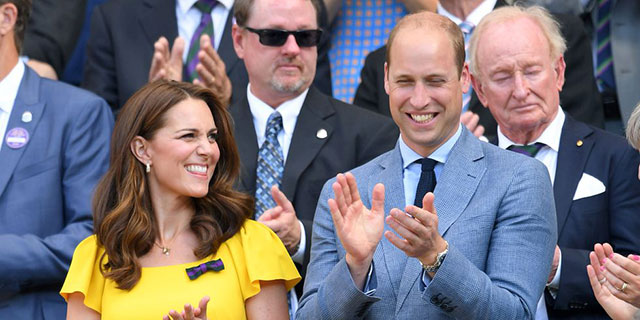 Proving they're just like any other husband and wife (except for the fact they'll, you know, be King and Queen one day), William and Kate have very normal nicknames for one another. While attending the Chelsea Flower Show together in 2016, Kate Middleton was overheard telling her husband, "Babe, we've got those. We've got loads of those," while looking at a Buxus plant.

In return, Prince William has been heard calling the Duchess of Cambridge "poppet" and "darling," so I guess it just depends what mood he's in.

Meghan Markle's nickname for the Queen 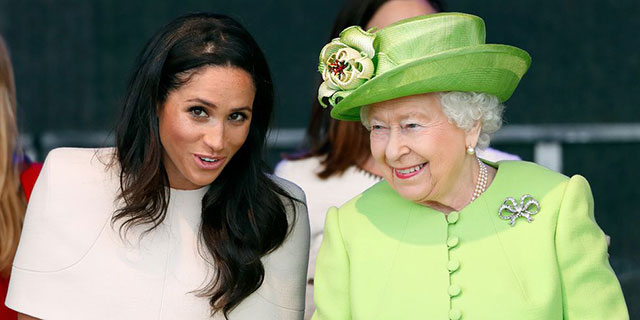 You only had to take one look at the pictures from the Queen's trip to Cheshire with new granddaughter-in-law Meghan Markle to see how well the pair get on already. Which is why it's thought that Meghan will be calling the Queen "Mama" sooner rather than later.

But before you assume Meghan is about to replace her own mother, Doria Ragland, with her husband's grandmother, that's not the case at all. "Mama" is actually the nickname close family members are allowed to use when addressing the Queen, according to Ingrid Seward, the editor of Majesty magazine.