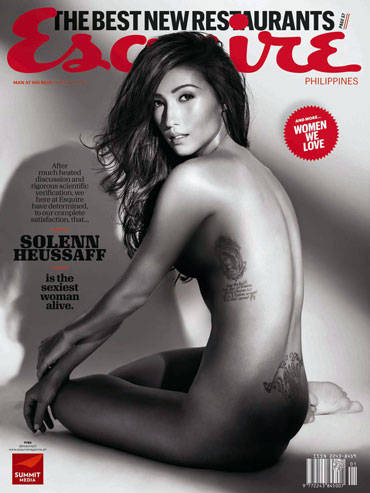 Where can you find world-class cuisine in the Philippines today? Esquire Food and Drinks Editor Erwan Heussaff scoured the country in search of the Best New Restaurants for 2013. Readers may want to keep an eye on seventeen newcomers, along with the Best Dessert Place, Dish of the Year, and our Hostess of the Year. Don’t miss Erwan’s Things a Man Should Never Say in a Restaurant, and his two cents on being the brother of The Sexiest Woman Alive.

Inside, Esquire also sits down with Cabinet Secretary Rene Almendras for the Man at His Best Q+A section, shares A Thousand Words on why English is still the language of power, offers a peek inside the crisis room negotiations of the biggest kidnapping story in 2008, and more.

The February issue of Esquire Philippines hits newsstands and bookstores nationwide this week. A digital edition is available via the Summit Newsstand where all digital subscribers can get an alternate cover of the Sexiest Woman Alive issue.