Cosmo chicks: keep your man from getting into scuffles while driving to avoid CJ Muere’s fate.
by Dinno Erece | Oct 19, 2009
Post a Comment 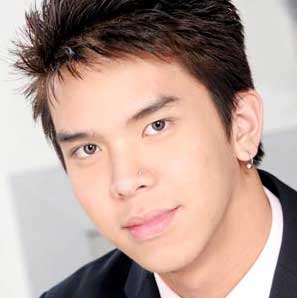 GMA-7 talent CJ Muere and his non-showbiz girlfriend were supposed to celebrate their monthsary last October 15 in Mall of Asia, but they ended up in Ospital Ng Maynila where CJ was rushed due to a serious head injury he incurred after a driving incident.

As they were coasting Roxas Boulevard en route to MOA, another car tailed them and the passenger at the back even allegedly gave him the finger and cursed him. Fed up, CJ got out of his car to confront the passengers of the other car.

As he was talking to the driver, the same passenger reportedly hit him with a golf club from behind, leaving him almost unconscious. Panicking, the assailants tried to make a run for it. Some good Samaritans stopped the assailants’ car and the two parties proceeded first to the hospital then the precinct.

There was a suspicious fracture in CJ’s skull that required eight stitches and which is now under observation.

CJ is filing a case of serious physical injury against his assailants who were begging for his mercy to decide otherwise.

Incidentally, it was found that CJ met the driver personally some three years ago, so there’s speculation that this has something to do with an old grudge.