Her home station GMA-7 made her rest from all her TV shows because of "health" reasons.
by Dinno Erece | Oct 14, 2009
Post a Comment
Featured 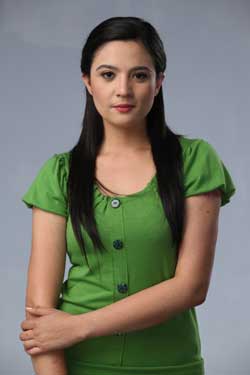 After suffering too many illnesses through the years and in almost every show she’s part of, which often result to packed-up tapings, it must be time for actress Sunshine Dizon to be given a full rest until she finally regains her complete strength—or, at least to some people, until she realizes how important a career is.

GMA-7 has officially announced that the network is giving her a rest from her current show Tinik Sa Dibdib, which is just on its third week, with a projected run of twenty-two weeks. She will be replaced by Starstruck Batch One alum Nadine Samonte, who—as of this writing—is still on vacation in Europe. It would have to be cut short as she begins taping this week.

Also announce earlier, Sunshine will be replaced as one of the judges in the upcoming Starstruck Batch Five. No announcement has been made yet about who will replace her for this one.

There is no doubt that Sunshine is a very good actress; her acting awards will prove that. It is her “health” that is always suspect whenever taping gets packed-up. Incidentally, for what would have been her first Sine Novela, Gaano Kadalas Ang Minsan, she also got “sick” after the cast pictorial and one taping day for the pilot episode, so she had to be replaced immediately by Camille Prats.