So you won't be totally clueless when you see them on your FB feed.
by Jillian Q. Gatcheco | Dec 16, 2015
Post a Comment
Featured

Between now and at least a decade (LOL) after Star Wars: The Force Awakens is officially released worldwide, your social feeds will be regurgitating Star Wars memes, spoilers, and all kinds of galactic geekery. For those who have never seen a single Star Wars episode (Judge you, we won't!), here's why these memes are funny AF. Also useful if you are actually a fan and just don't get the joke. Train more you must, young Padawan. Read on. 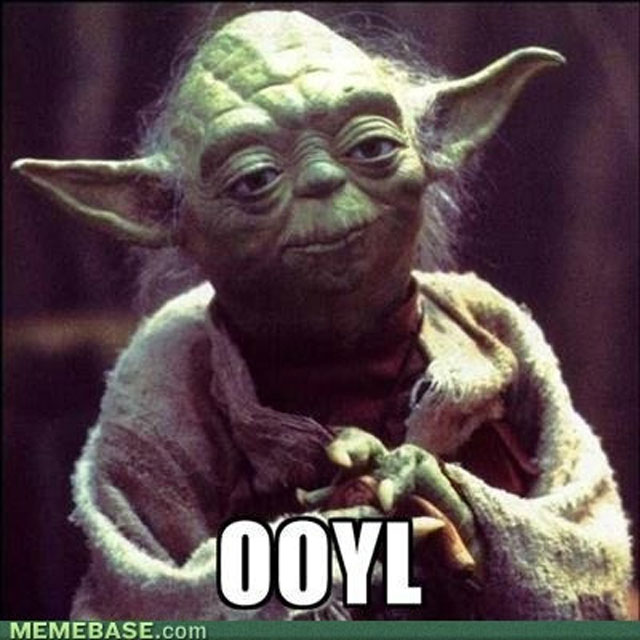 Decoded: Master Yoda always speaks in the passive voice (e.g., "Judge me by my size, do you?"), so this "OOYL" actually means "Only Once, You Live"—which we all know as "YOLO (You Only Live Once)." Genius! 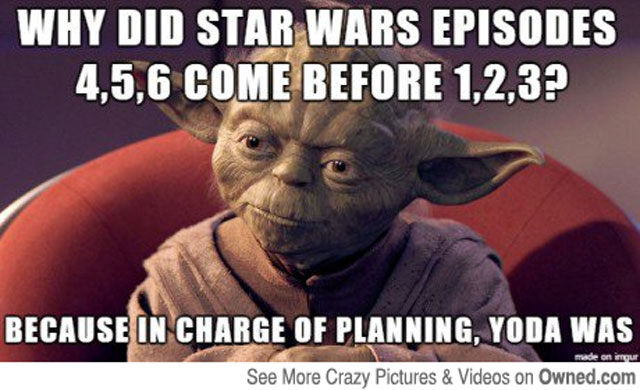 Decoded: Star Wars is made up of seven movies, but it started as a trilogy first released in 1977 (A New Hope), 1980 (The Empire Strikes Back), and 1983 (Return Of The Jedi). Because prequels were released in 1999 (The Phantom Menace), 2002 (Attack Of The Clones), and 2005 (Revenge Of The Sith), the original trilogy has become known as Episodes IV, V, and VI, with the prequels being Episodes I, II, and III. Master Yoda's way of speaking in the passive voice and using him as a reason just made the meme funnier. 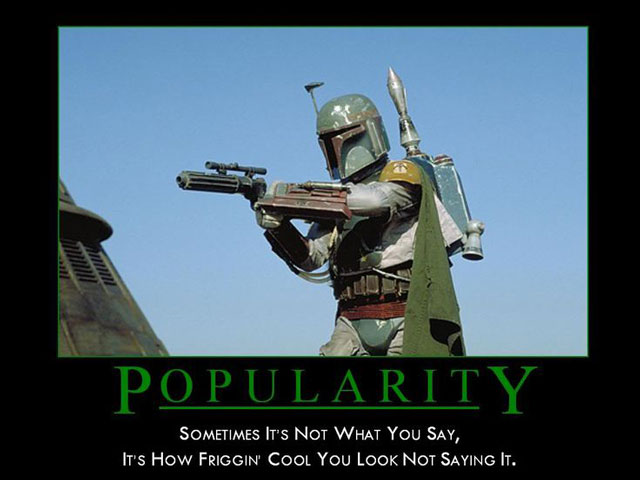 Decoded: Meet Boba Fett. He's a well-loved character first introduced in the original trilogy (Episode V) and whose background was explained in the prequels. He is a genetic clone of Jango Fett, an infamous bounty hunter (aka assasin). When you hear "Clone Troopers," those are actually genetic clones of Jango. But Boba is special, because he is an unaltered clone who did not grow at the same accelerated rate as the other duplicates of Jango. He was raised as Jango's son, and eventually made a name for himself as a bounty hunter. He is cool and kickass because of his armor, even if he died a super quick death and had such limited screen time. 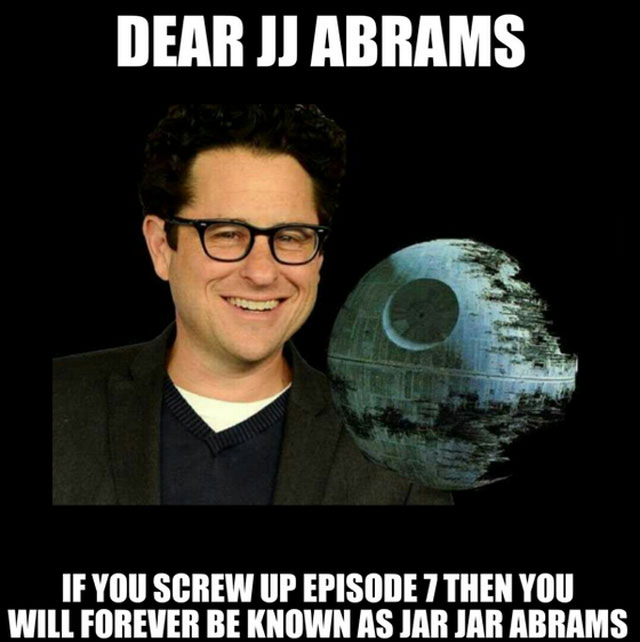 Which leads us to... 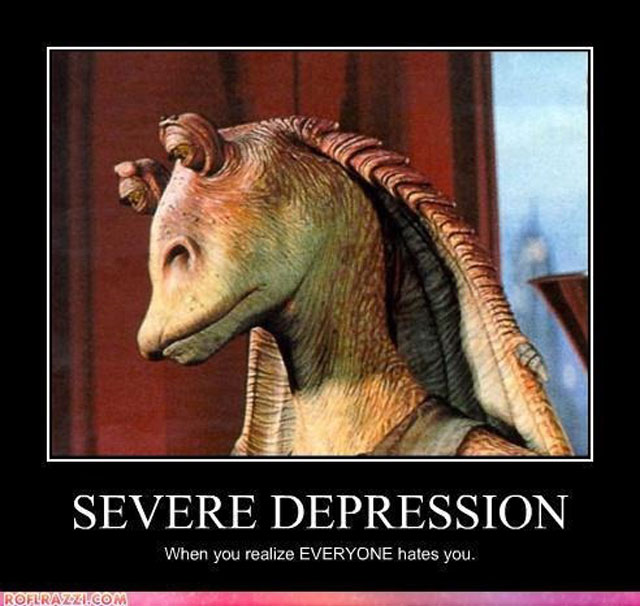 Decoded: Jar Jar Binks is the poster creature for being unwanted. SAD. :( Watch this and get annoyed. 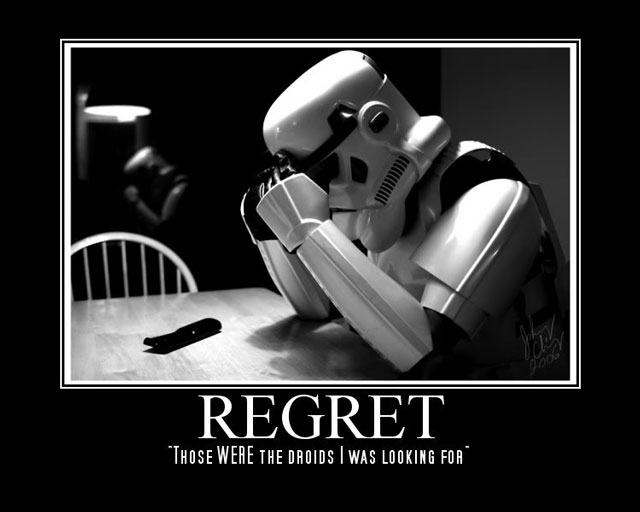 Decoded: To fully understand this meme, you must watch a clip from Episode IV. Obi Wan Kenobi uses Jedi mind tricks to evade the Stormtroopers. The Stormtrooper Obi Wan talked to was so easily convinced, he probably regretted it for the rest of his life (Obi Wan did have the droids being searched for, after all). #FAIL 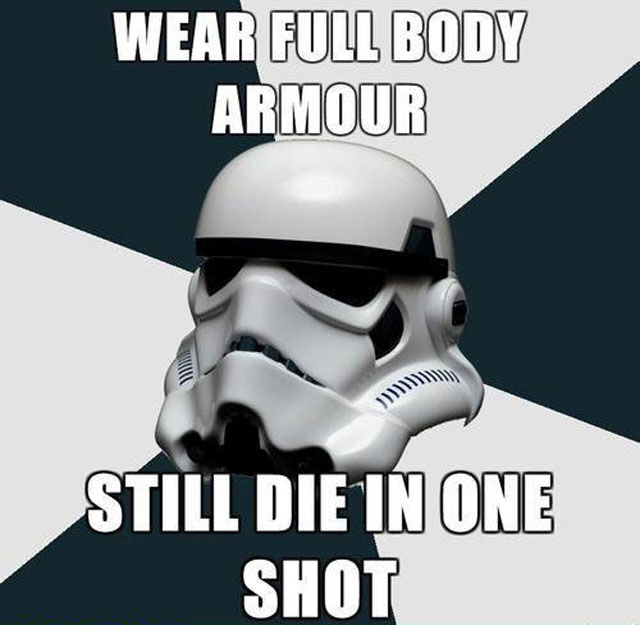 Decoded: Seriously, though, if you watch even just one fight scene involving Stormtroopers, you will realize how useless their "armor" is. Case in point:

You also HAVE to see this scene where a Stormtrooper hits his head—LOL! (This footage made it to the final cut!) 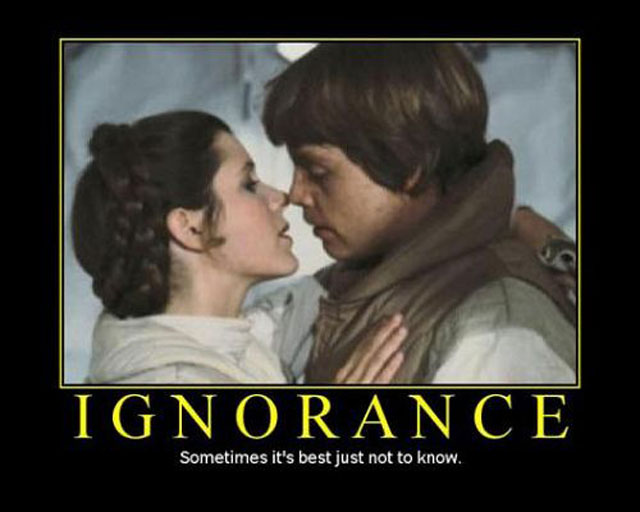 Decoded: A not-so-spoiler alert—Luke and Leia are siblings. When the original trilogy started, audiences were led to believe that they would be each other's romantic interest, but nooooo. The revelation happened in Episode VI, but OMG—Leia kissed Luke in Episode V!