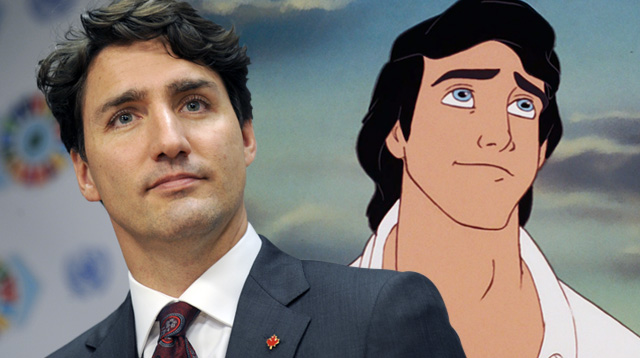 Justin Trudeau took the world (and our beating hearts) by storm when he was elected as the second-youngest Prime Minister of Canada in October last year. Aside from his Disney Prince physique, *kilig!* the 44-year-old Mr. Trudeau is all things swoon-worthy, based on what we've seen on social media.

From upholding gender equality to being a certified geek, here are the many reasons why Justin Trudeau is our Prince Charming!

What’s a modern man without his own social media accounts? Yup, he’s even on SNAPCHAT!

He supports LGBT rights and is a proud feminist! YAAAS OMG WE LOVE YOU

More so, his Cabinet members are made up of an equal number of men and women!

We've wrapped up our 3-day cabinet meeting - my thanks to all ministers for their time & hard work in Kananaskis. pic.twitter.com/cL0CNaFTRJ

He was a certified APEC Hottie during his Manila visit last year. Lookin’ gwapo and mabango in a barong, good sir.

Canadian PM Justin Trudeau was a head turner in Barong Tagalog at the #APEC hosted by Philippines#Hottie pic.twitter.com/pKqC1wWWC1

He knows what quantum computing is. You’re the nerd of our dreams HUHU

He is a super geek as well!!! Trekkies unite!

He has one tattoo (that we know of).

Me: This is the new Prime Minister of Canada.

Krissy: Are you joking?

He went trick-or-treating with his kids! OMG!

And even goes boxing for a cause!

He has a big heart and helped this man in a wheelchair. #iloveyoupo

At Jarry metro today with @JustinTrudeau - a broken escalator makes it hard for some to get to their metro #cdnpoli pic.twitter.com/J0OSXbpTZb

Actually, there are many, MANY more things that this man has done that make him oh-so-perfect! We just lost our ability to think ‘cause he’s just… WOW. *swoons*And this tbt pic is definite proof he's outgrown his adorable awkward phase. (You're welcome.)