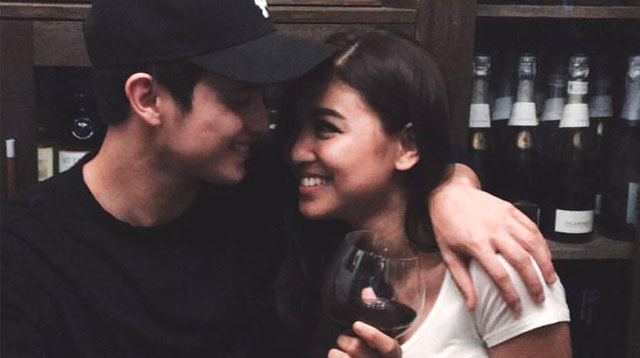 1 On The Wings Of Love may be over, but the JaDine romance lives on! Nadine Lustre made fans super kilig when she posted this cute snap of her and James Reid at an unknown wine bar in the metro. Captioned “02.11.16,” which was the same day the couple became ~*official*~, this photo might have captured the exact moment Nadine said “Yes!” (ABS-CBN)

2 We know what Carrot Man looks for in a girl! Jeyrick Sigmaton, the Igorot who became famous after his photo began circulating online, made his first appearance on national television in Unang Hirit. Jeyrick, who’s a member of the NGSB (No Girlfriend Since Birth) club, said that he’s looking for a girl who is hardworking and understanding. CGs, any takers? (GMA)

3 At the Vanity Fair Oscars after-party portrait studio, Taylor Swift, Lorde, and Taylor’s brother, Austin, showed their fiercest faces as they posed in front of the camera. Lookin' good guys.

4 Did things get awkward for Jennifer Garner and Ben Affleck after they found themselves at the same Oscars afterparty? Perhaps not! The exes were spotted sharing a hug and a kiss at the Vanity Fair event—and at one point, Jennifer even held Ben by his suit's lapels, as if to compliment him on his outfit! (People)

5 CGs, we have a super hot event you wouldn’t want to miss! To kick off our favorite season—summer, of course—we’re throwing a party, and you’re all invited! Herald the sizzling days of summer at the Cosmo Summer Party on Saturday, March 19, 2016, 3 p.m. to 9 p.m. at the Palace Pool Club. Enjoy upbeat music from DJs Mars Miranda and Ace Ramos, eye candy via the Cosmo hunks, and fun and flirty games to set the mood. See you there in your cutest bikinis! 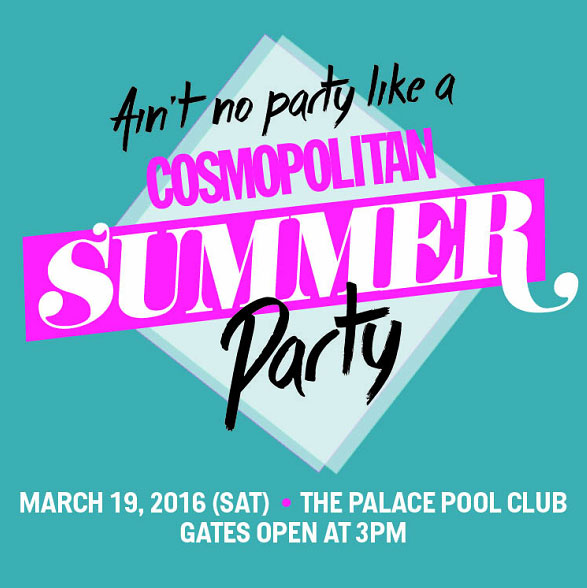