1 Vanessa Matsunaga addressed rumors that her brother Daniel Matsunaga has been having financial problems (one of the speculated reasons why he and Erich Gonzales broke up) on Instagram. A commenter questioned Daniel’s previous claims in Pinoy Big Brother in 2014 that he left Brazil to help his family financially:

“He even said he needed the prize money (PBB) so he can buy plane tickets for your parents and brother.

“My point is you’re making it appear that your family is well off in your country, because if it is, you and Daniel would have not gone from country to country just to make a living, instead both of you would have finished school.”

She went on to reply in lengthy statements detailing her brother and family’s financial status in Brazil:

“I don’t owe you an explanation but now you are indirectly calling me a liar…Back home we were not well off, don't get me wrong, but we had a good and comfortable life and nobody can take that away from my Dad. My dad sent us to private schools and we could afford vacations, we have a good house and cars. We weren't wealthy but we were considered to be in the middle class.

“If you don’t know your economics the middle class of Brazil and the Philippines are totally different. Don't forget to factor in the cost of living in our city, Brasilia. To enlighten you, a household helper gets paid between 20-30k pesos a month to work 3 times a week and that's still not considered much because of the cost of living.”

Adding in a separate post, “Going back to PBB, yes I remember Daniel saying that. “My brother is very hard working and a man of dignity and character; once he started making money he always felt he needed to help my dad back home, to give them an even easier life. That only shows what kind of man he is! And regarding him needing the prize, yes of course he needed the prize, he was inside the PBB house for three months not making any money, and he wanted to bring my family here. Do you even know how much a ticket from Brasil is? Go check on Delta please, that’s usually the airline of our choice. I hope that answers your questions.” (PEP.ph)

3 The 59th Grammy Awards wrapped up yesterday! Adele won Album of the Year for 25, beating frontrunner Beyonce with her iconic Lemonade album. Adele got five Grammys, and Beyonce went home with two. For the full list of winners, click here.

4 Being the best exes ever, Emma Stone and Andrew Garfield were spotted giving each other a tight hug during a pre-BAFTAs party in London over the weekend. Such cuties!

5 Ballet Manila opens 2017 with one of the most technically challenging, colorful, and enduring ballet pieces: Don Quixote. The ballet runs on February 24 and 25 (8 p.m.) and 26 (3 p.m.) at the Aliw Theater. 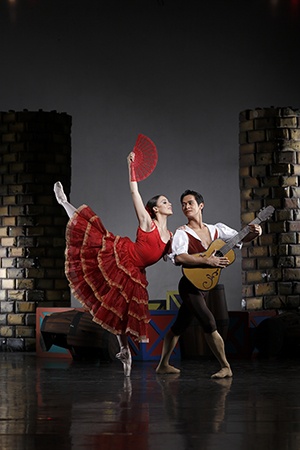 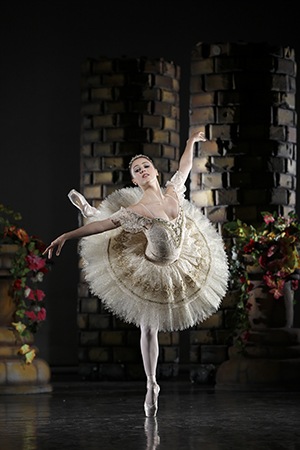