…after SM finally settles dispute with Star Cinema, in time for the movie's opening on September 16.
by Dinno Erece | Sep 7, 2009
Post a Comment
Featured 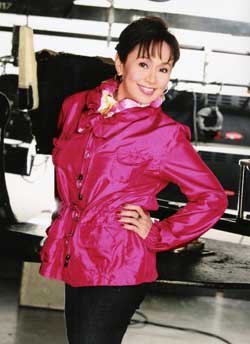 For its 16th anniversary presentation, Star Cinema brings back the one and only Star For All Seasons, Batangas Governor Vilma Santos, via the movie In My Life. ABS-CBN’s film arm will likewise bring her back to SM Cinema moviegoers after both parties settled their differences, which we heard involves un-remitted accounts. This financial dispute resulted in Star Cinema pulling out their movies from SM Cinema, beginning with Bea Alonzo's And I Love You So.

Good thing the two giants of their respective industries sorted things out in time for In My Life’s opening on September 16, nationwide and then internationally. This is great news for everyone, as the Star For All Seasons deserves a wider market.