What We Learned About Piolo Pascual In 6 Magazine Covers

Read this for the ultimate Piolo Pascual throwback.
by Jacinda A. Lopez | Jul 31, 2015
Post a Comment
Featured

Piolo Pascual tells us about his rise to superstardom, dealing with gay rumors, his devotion to Christianity, and the KC Concepcion breakup scandal. 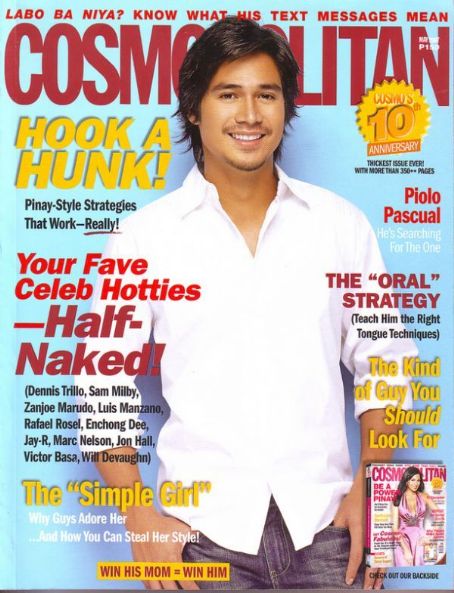 On his start in showbiz:

“I was with That’s [Entertainment] for a year when I was in fourth year high school. I joined because I really wanted to overcome my insecurities. It was like a school where I developed my personality.”

On leaving for the U.S. after a short stint in ABS-CNS’s Star Circle Batch 3:

“I was never favored. [The management wasn’t] really grooming me to be the next lead. I just filled in on episodes that needed actors.”

“In the U.S., I’d attend acting workshops secretly after work. I was a clerk in a hospital—and I’d save up for workshops. Although I knew it was too far-fetched to aspire for Hollywood, I still felt that [acting was] really what I wanted to do.”

On giving acting another chance:

“So, at 21, I decided that I was giving it one last shot. [This time] I was really aggressive. I went to ABS-CBN Talent Center and said: ‘I’m not here to have fun, I’m here to work.’ Everything started to go well from then on.”

What would his profession be if he weren’t an actor?

“[To become a pilot.] I’ve always loved flying–literally and figuratively. If not, I’d be a newscaster–that’s why I took up Bachelor of Arts in UST.”

What's up with all the gay accusations?

“Because I’ve never come out with a girlfriend. But I tell her [my mom] that there’s nothing to prove, especially not at the wrong time. At the right moment, I’ll be settling with someone. I know I’m going to start my own family soon and have a lot of kids. When it happens, it happens. The reason why I work doubly hard now is I want to have a big family. I know right now, though, God is really preparing me to be a good father and husband.”

On the gay video and photo scandals:

“Of course it was offensive, but more than anything, I felt bad for my son because we were together when it came out. We were at the mall, [when] I got a call from management saying I had to come out and air my side.”

On being a mama’s boy:

“I respect my mom so much; I admire her for bringing us up the way we were brought up. She’s a good mom and I love her so much. [Because of her], I have so much respect for women.”

On his past relationships:

“I started grade school, but those were flings lang, nothing serious. I’ve had less than ten serious relationships.”

“Most of my girlfriends have been simple, normal, and low-profile."

"When my heart beats, it beats.” 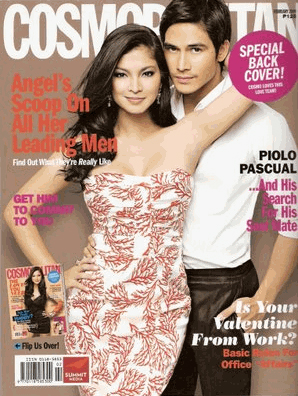 His idea of a good time:

“I love dining out. I love eating at good restaurants. I love treating my friends to a good dinner. I really find time to eat—ito na ang pinakaluho ko sa trabaho.”

On becoming a Christian:

“At 25, I had all these achievements: grand slam for Dekada, a soap opera. I was doing a movie, 9 Mornings, with Donita [Rose], when she gave me a Bible. At that time, I was constantly seeking and searching and then nag-meet na lang lahat sa isang road. The first time I attended church, I realized ‘yun pala ang hinahanap ko.”

“Unlike a lot of people, who surrendered their lives when they hit rock bottom, I was at the peak of my career. I was getting projects left and right, I was earning good [but] I felt so empty. Parang, ‘This is what I’ve worked so hard for, but how come it doesn’t mean anything now?’ After all the celebration, you’d go to your room holding the trophy, and realize there isn’t any meaning to it. It’s just a piece of wood.”

On his missionary work:

“My other ambition, if it’s God’s will, is to be a missionary. I want to meet my future wife in the mission field.”

“There are some outreach projects but it’s all a hush-hush thing. I don’t want it too publicized. Ayoko pag-usapan because baka pag-isipan nang iba ng tao.”

What would make him go for a girl?

The best thing about being Piolo Pascual: 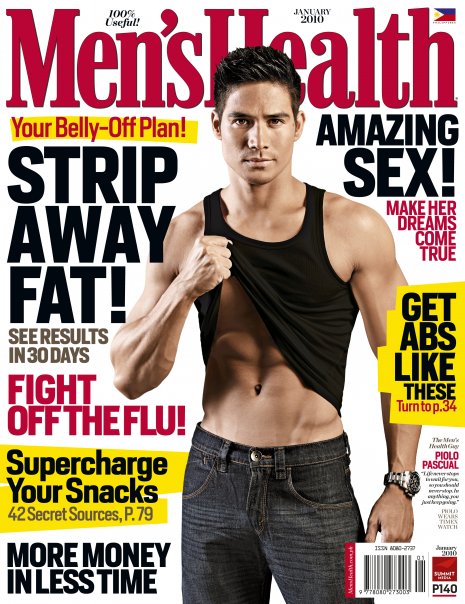 The expectations that come with success:

“Basically, it’s harder when there are higher expectations. It’s harder when you’re in the position where you haven’t really proven yourself, but in a way you already have something you’re protecting. People expect something from you once you’re there. So you have to deliver, you have to give them what they want, because they believe you have what it takes.”

On dealing with negativity:

“I’m not the type that will harbor grudges towards anyone. I want to attract good vibes. Siguro [it has to do with my] faith but more than anything, you got to have a clearer perspective of things. Parang you think, ‘is it worth it?’ Is it going to make you a better person? At the end of the day, iisipin mo kung nakakabuti bas a pagkatao mo, sa isang tao kung papatulan mo.”

On giving his all:

“I don’t believe in half-baked. If you’re asked for something, you give it your 100 percent. Not just 90 percent. That’s how I am as a person.” 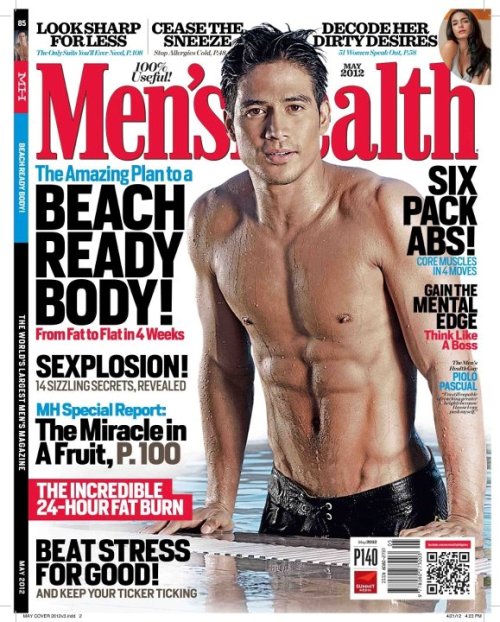 On his sensationalized breakup with KC Concepcion:

“More than anything, it made my faith more intact. It made me realize that life is fleeting. I realized that before, but it just made me feel that, [for] anything you do, there’s always a cause and effect.” 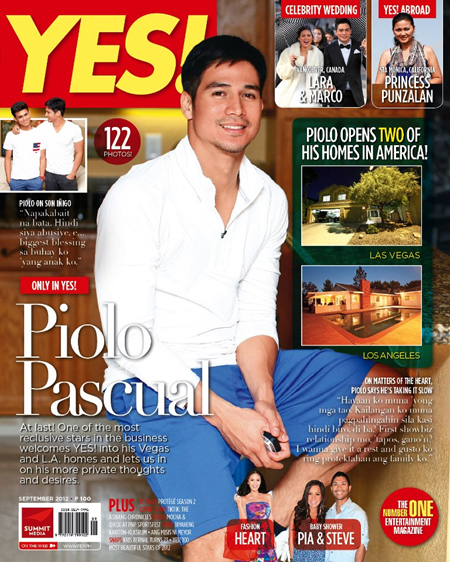 On all of his haters:

“Kung minsan, dahil tao lang ako, masakit kung masakit. Pero pwede mo namang protektahan ang sarili mo—by not reading it, by not knowing it, you know? It won’t hurt not to know what other people are saying about you. Mas maganda nang hindi mo alam.”

On being a ‘miracle baby’:

On his middle class upbringing:

On becoming a father to his son, Inigo:

“Right away, noong nalaman ko na, sinabi ko kina Mr. M [Johnny Manahan of Star Magic, his management firm], magpapa-interview ako. Hindi ko puwedeng itago ‘yon, dahil kapal naman ng mukha ko kung gano’n. I never hesitated. I never had a doubt about going public about him because bata ‘yan, e. Buhay ‘yan e. Don’t deprive him of the right to be known, don’t deprive him of his birthright, which is to have a father.”

On his relationship with Inigo’s mom: 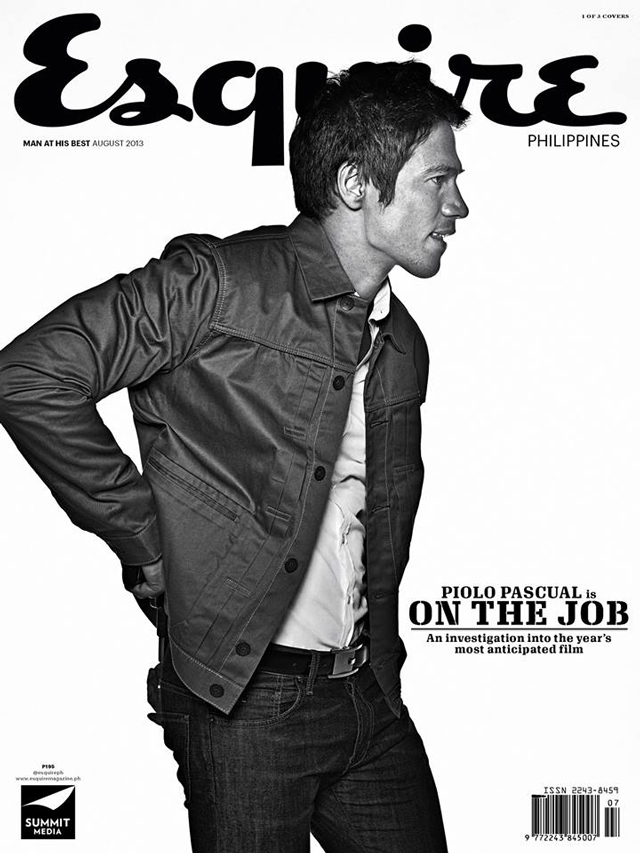 His work on On The Job:

“I went through a lot of meetings and castings, and it even came to a point where I almost lost the role.”

“Actually, when I found out they were pushing through with the project, I said, ‘So am I in it?’ Apparently, they were gonna do it with another actor—but with Gerald [Anderson] pa rin. So I said, ‘I thought I was going to be in the film?’ And they called Direk Erik, we almost had a falling out pa nga in the process.

“As an actor, you come to a point where you want to do something different. Like how I was able to even surprise myself. How I turned out to be in the movie. It was the kind of film I wanted to see myself in.”

What We Learned About Jennylyn Mercado In 8 Magazine Covers

What We Learned About Marian Rivera In 13 Magazine Covers

What We Learned About Heart Evangelista In 11 Magazine Covers