WILL & KATE LINK LOVE: Catching Up On The Wedding Of The Century

All eyes were on England for the Royal Wedding. Find out what happened as the modern-day prince and princess lived out the fairy tale!
by CJ de los Santos | May 2, 2011
Post a Comment
Featured 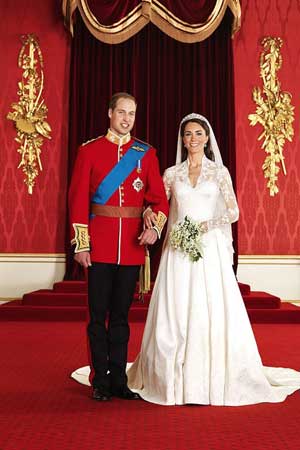 Wherever you were on April 29, we're sure you were eagerly anticipating the main event that's had the whole world buzzing for months. According to the BBC, over 24.5 million people tuned in to witness Prince William of Wales wed Catherine "Kate" Middleton in a lavish ceremony at the Westminster Abbey. Many of the details such as the dress design, guest list, and the couple's new titles remained top-secret until the big day. But, the public got to see Kate's mystery gown before the groom did, as she rode to the church in a state Rolls-Royce car with her father. Amidst all the rumors and speculation, the wedding party succeeded in pulling off one of the grandest, most memorable weddings the world has ever seen. Read on for more details on the wedding of the century!