Who did it best—Yam, Giselle, or the original Elle Woods?
by Lucy San Miguel | Jan 16, 2019
Post a Comment
Featured

Multi-awarded teleserye actress Yam Concepcion received a friendly piece of advice for her bend-and-snap video from Giselle Sanchez. The bend-and-snap move was popularized by Elle Woods played by Reese Witherspoon in the 2001 movie Legally Blonde. 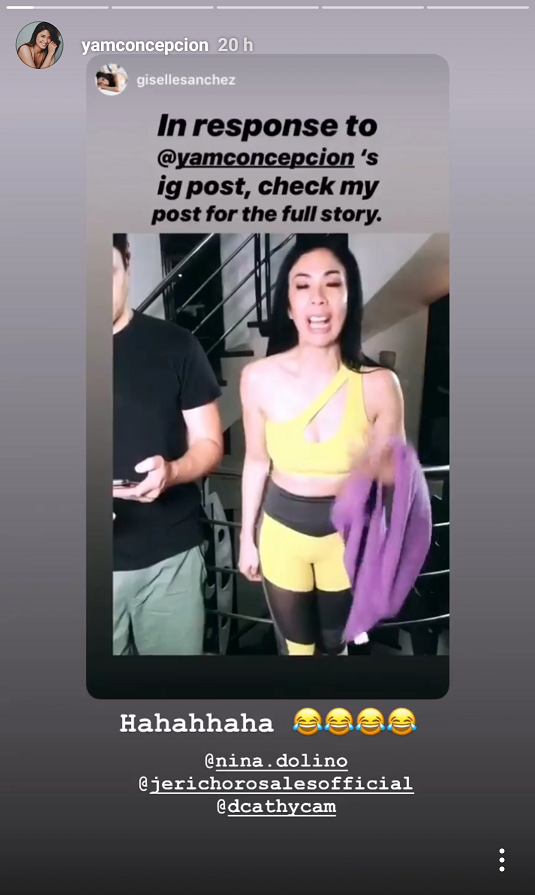 ICYMI, Yam delivered a joke on set, channeling Elle Woods of Legally Blonde. During a lull in the filming of her ABS-CBN Primetime teleserye Halik, Yam can be seen calling out to her on-screen husband Lino, portrayed by Jericho Rosales: “This is how to win your man back. Lino, uh, I dropped something. Bend-and-snap!”

That look of Jericho! The poor guy didn’t know what had hit him.

Together, the Halik husband-and-wife tandem won the Gawad Pilipino Media People’s Choice Awards as Best Actor and Best Actress. Halik was chosen as the Best Primetime TV Series of the Year.