As a seasoned journalist and television host, Marie Lozano knows a thing or two about having to remain calm under pressure when something monumental lands on her plate. However, no amount of training could have prepared her for the challenges of motherhood, which is tantamount to the huge responsibility of having an immense impact on someone else’s life.

"Even at that age, I felt that I was ready."

“I was heavily sedated when I first held Nikos,” Marie laughs as she recalls the story of her 12-hour labor that ended with an emergency C-section. “I was like, ‘oh, my baby’, then I fell asleep. But when I became lucid hours later and was able to hold him again, that was when it hit me. It was pure joy; an unconditional love that you never thought you'd feel about anyone.” 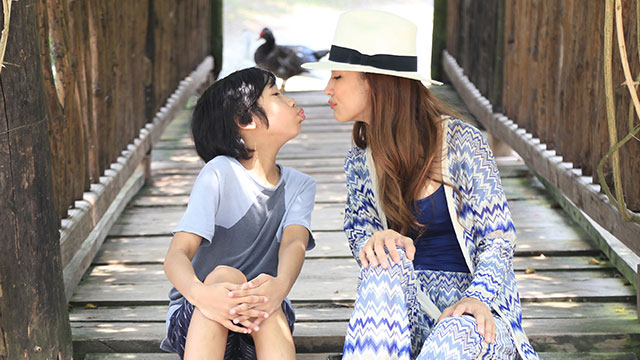 Marie was 27 at the time. “Even at that age, I felt that I was ready. I was confident that I could balance it with my career because I had a tribe that were willing and able to help—my family, my ex’s family, nannies, and even the people in the very hectic and noisy newsroom who used to look after him when I was busy editing stories. I wanted to have the energy to raise him.”

It's not easy to carry on as usual after becoming a first-time mom, especially for a working girl in her 20s. For one, Marie had to turn down the opportunity to interview a major Hollywood star because she was still nursing Nikos, then a year old. She also remembers turning down a work trip to Africa, because she didn’t want to get the Yellow Fever vaccine while breastfeeding. That said, Marie believes it's a small price to pay for the little bundle of joy that was Nikos.

With families staying home together as they navigate life in the new normal, she tries to stay connected with Nikos by making time to bond over online games. “I want to be a friend and a mom. I try to put myself in my son’s shoes and imagine what it's like to be a teenager whose friends can’t come over to play and only has me for company. The definition of roles as parents have changed,” she explains. 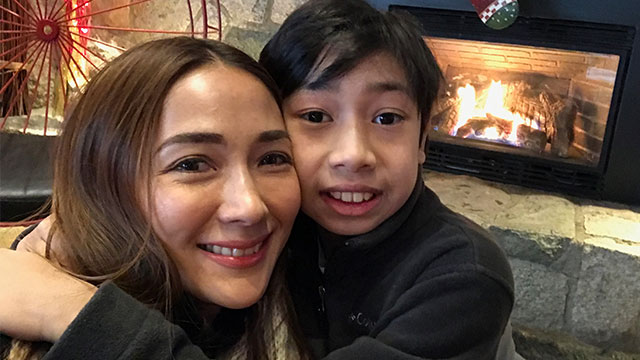 They play games together as a way to bond: “I’m a terrible player. My son finds it embarrassing and ‘cringey’ when we play online games with his friends, because I tend to overreact. Plus, I always play the mom card when I'm losing. Something like, 'You're not supposed to beat your mom!'”

On the VR console, which they recently acquired, she notes that her son makes fun of her for being "OA" with her movements. “But I’m supposed to be walking on snow!” she defends.

Marie agrees that technology and PLDT Home’s internet connectivity has always helped them stay connected, with calls home when she's on work trips and now, with activities that help them bond, such as gaming or watching a movie together.

Spending time at home has also given them the avenue to connect offline, during times when Nikos casually asks whether she wants to “hang.” “This means chatting about anything—we can talk about what's happening in the world, or maybe about a scene that we saw in a movie.”

As Nikos continues to mature, Marie knows that she's going to have to take a more hands-off approach sooner or later. “It's natural for parents to say what they want their kids to be when they grow up," she says. "I used to dream of him being a marine biologist, or a physicist, someone who can end world hunger because he was talking about cloning food at the age of five. Now, I just let him know that whatever he wants, I’m 100% supportive.”

It’s all about constantly reminding your child that they're loved, whether verbally or in your own way. “Even in times when you feel annoyed by them, you can still tell them that you love them. This is something that they will bring with them as they grow and have relationships of their own.” 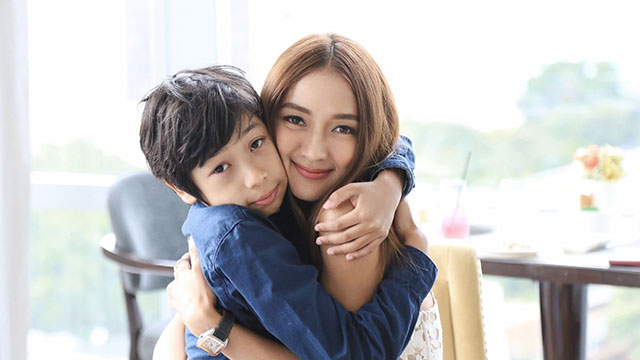 Her final piece of advice for working moms like her? "Take care of yourself more," she says. As a parent, we put so much expectations on ourselves and we often feel like we're failing. But I’ve since realized that Nikos is at his happiest when he sees me happy.”

This article was created by Summit Storylabs in partnership with PLDT Home.
Shop the items in this story!