WATCH OUR VIDEO SERIES!
© 2022 Cosmopolitan Philippines
Sorry, no results were found for
Follow McDonald's on

On September 16, 2018, McDonald’s released its ~intense~ McSpicy commercial—I mean, flaming basketball hoops? A fire dancer on rollerblades? And how about that cute (and not to mention super fit) guy who was chilling mid-pull-up with one hand and eating a McSpicy? 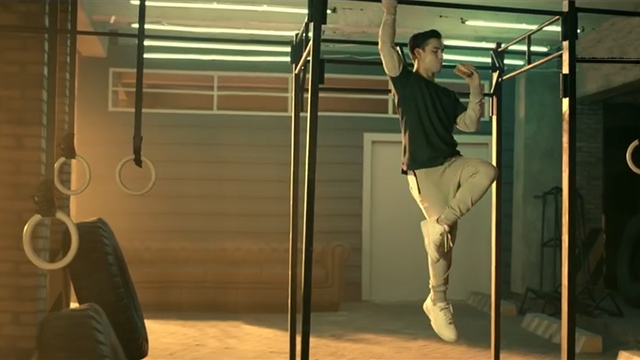 We even get a closer look of him at the very end of the commercial, where he gives us a smoldering look—and we just love how his lips slowly curl to a smile. 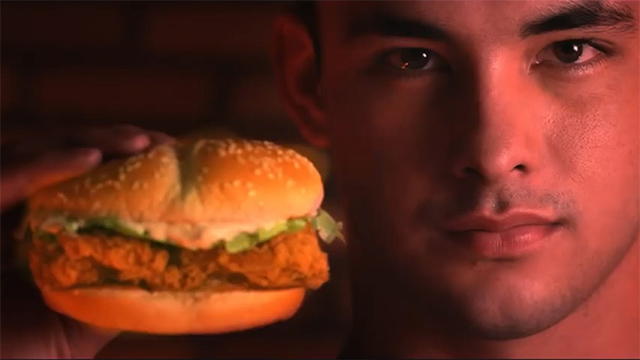 We’re not going to lie: We wanted to know who he is, so we did some pretty thorough social media stalking. We then found out that this heartthrob is an 18-year-old Fil-Aussie model named Warren Cabban Jr., and he plays basketball for the San Sebastian Stags.

Just look at those arms:

But he still has that boy-next-door charm!

So how did he end up in a McDo commercial? If he looks familiar, that’s because he’s the guy in that viral Facebook post a few months ago.

Last July, a user named Vanessa Todorov posted a series of photos showing that she was sneakily taking pics of Warren. He caught her doing just that, so he decided to play along by posing—first with just a peace sign, then with the Korean finger heart with Vanessa. We’re so kilig! No doubt McDo loved him too, considering they got him for their most intense commercial yet.

BRB, we’re off to McDo to try the McSpicy, and we’re hoping that’s not the only spicy thing we pick up. *Wink!*

The McSpicy is back, and it’s more intense than ever. Now available in two fiery flavors: original and garlic parmesan. It's available for a limited time only, so grab one now!

Grab a McSpicy via McDelivery, or visit a McDonald's store near you! To learn more, follow McDonald’s on Facebook.

Shop the items in this story!
More From McDonald's