1. Etenesh Diro running in one shoe. 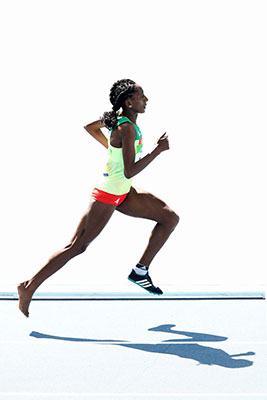 Ethopia's Etenesh clashed with two other competitors in the first round of the steeplechase, which damaged her shoe. So she tore it off and still managed to finish the race, and came in seventh!

Even though people were dicks about it. 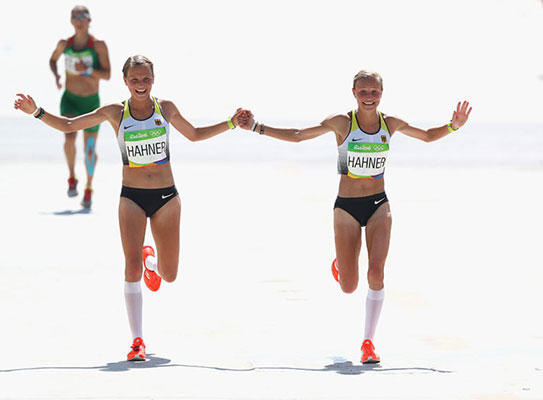 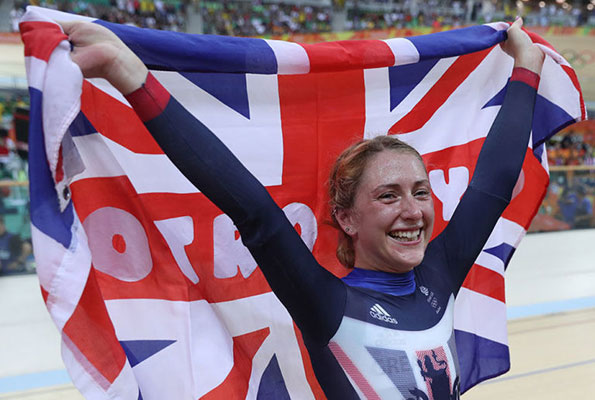 When German cyclist Kristina Vogel questioned why "it seems they do nothing for three years, then they start at the Olympics and kill us," according to Reuters. Laura had this to say to us: "British cycling is very much an Olympic-based program. It would've been great to go to the London World Championships and blow everybody away, but then we would have come here and underperformed."

4. Caster Semenya's message to the haters. 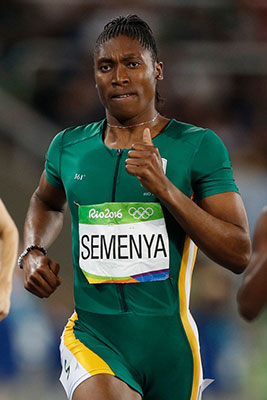 To the people questioning if she should be allowed to compete alongside women, Caster said: "I have no idea about that. I don't know. I don't give a damn about it." 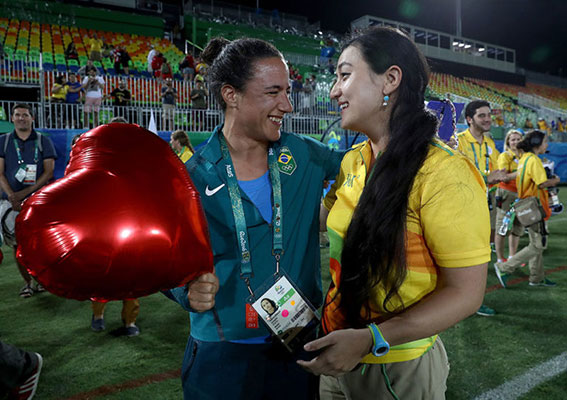 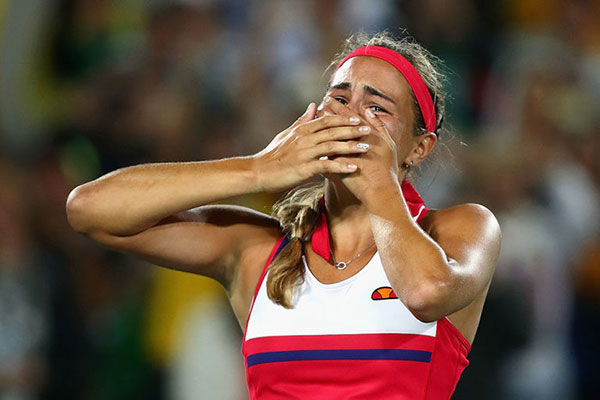 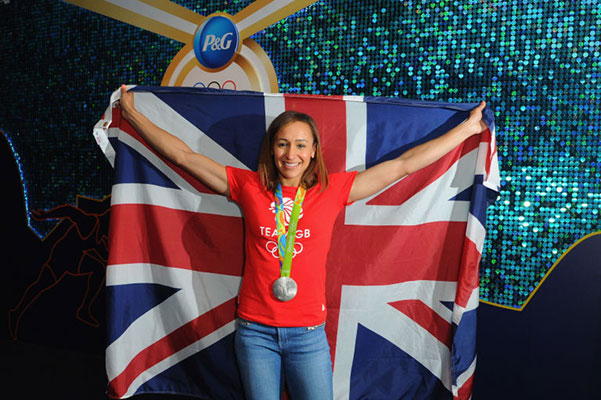 The silver medal winner told Cosmopolitan.co.uk: "There are so many people who are like, 'I need to get back to where I was straight away,' and that's just not the case. I remember in lots of interviews I did after [having Reggie], everyone was like 'how did you get your six pack back straight away?' But it didn't happen that quickly.

"It takes time and I think it's really important that moms don't feel like they have to have the baby and then the next week start running and doing sit-ups, because it's not good for you physically or mentally and it's not going to help you. Just give yourself time." 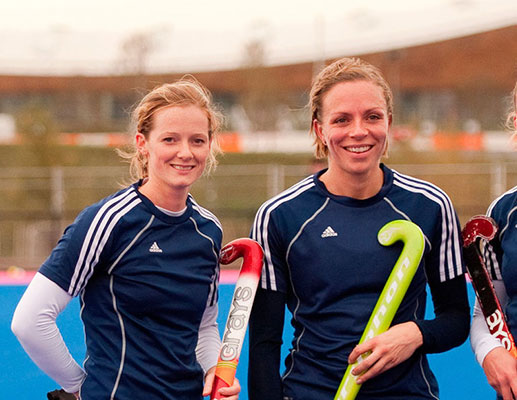 when they became the first married couple to play together on the same team at the Olympics. The pair helped Great Britain achieve victory, as they won the match over Australia, 2-1.

9. South Korea and North Korea share a selfie. South Korea's Lee Eun Ju and North Korean gymnast Hong Un Jong shared a moment despite the bitter feud between their home nations. The pair were seen chatting and laughing together as they prepared to compete in the qualification for the artistic women's gymnastics.

10. Gabby Douglas hits back at the haters. 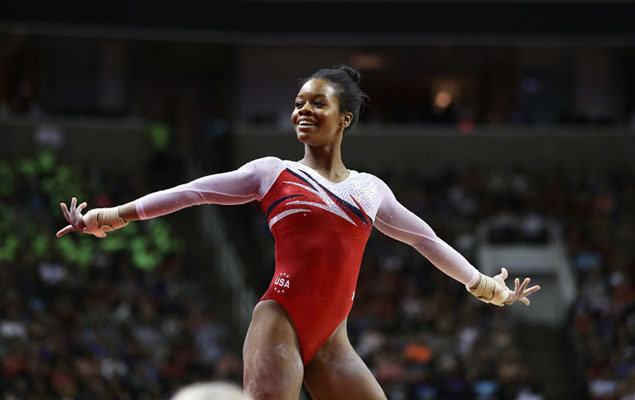 "For me, when I read certain comments, I'm just like, 'Whoa, whoa, whoa. That's far from me and far from my personality. It's the comments and social media and people attacking you, 'Your hair is like, blah, blah, blah.'"

"I'm like, 'Did I choose my hair texture? No.' I'm actually grateful for having this hair on my head. Sometimes when you read hurtful stuff, you're like, 'OK, wow.'"

"I've been through a lot. I still love the people who love me. Still love them who hate me. I've just got to stand on that."

11. Swimmer Fu Yuanhui talking about how crap it is being on your period. 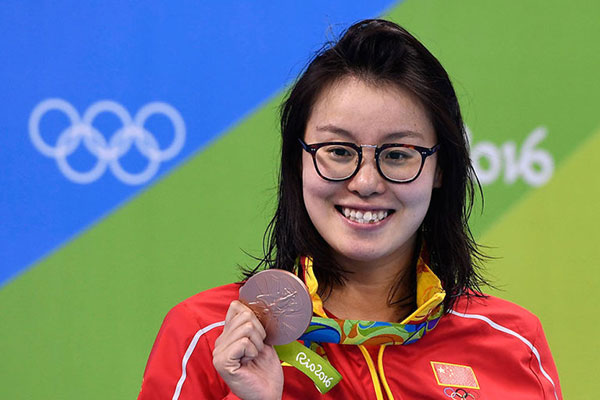 After completing the race and earning fourth place with her teammates, a reporter innocently asked her why she was on the ground clutching her stomach and doubled-over in pain.

"I feel I didn't swim well today—I let my teammates down," she responded. "My period came last night and I'm really tired right now. But this isn't an excuse, I still didn't swim as well as I should have." 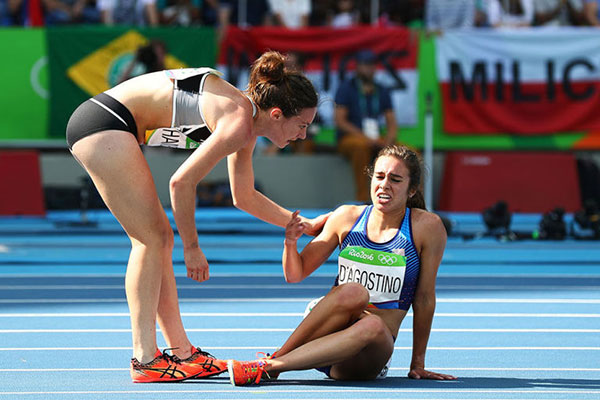 Some things are just more important than winning. Even at the Olympics.

13. Simone Biles just generally being a badass in the gymnastics arena. She won gold in the women's vault, women's team all-around, women's floor exercise, and the women's individual all-around. Plus she won bronze in the women's beam. Plus, Zac Efron's a big fan, so...