Couples with a huge age gap often raise eyebrows. Some of us jokingly call the older half a “pedo” or a “cougar,” thinking that he or she is more mature hence can take advantage of the other person. But reality sometimes paints a different picture: People who are a decade apart can genuinely love each other and have a lasting, meaningful relationship. Take it from these Pinays who took a chance on someone ~unexpected~:

Together for: 13 years as a couple, celebrating 10 years as husband and wife 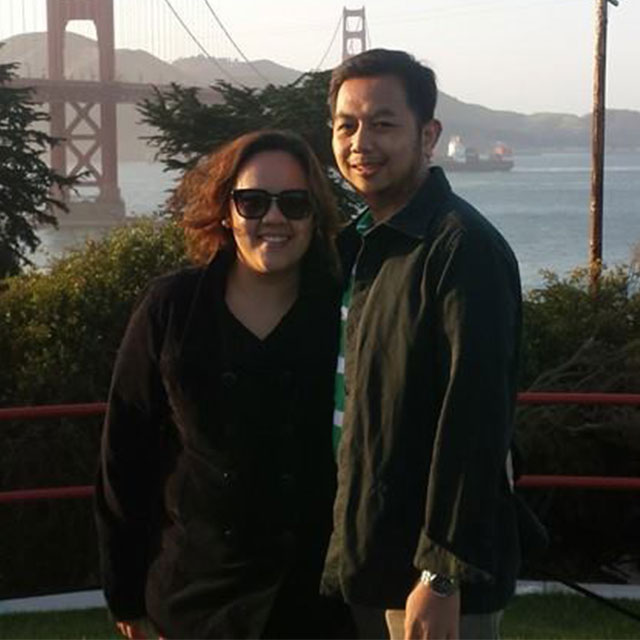 How did you meet?

We met at my first job. Mon was the manager of the engineering department, and I was being interviewed for an admin position. He interviewed me since he was one of the bosses.

When the interviewers were deliberating on hiring me, he said no—it turns out he wanted to make a move then! But the other bosses agreed to hire me, so I was then a part of the company. We barely saw each other in the office, though, since he worked in the field most of the time. But through small talks and chats over coffee, I noticed that he’s one cool guy.

Eventually, he had to inform our CEO at the time that he's interested in having a relationship with me. I left the company a few years later, when we had an understanding that we would eventually get married.

What challenges did you face due to your age gap, and how did you overcome them?

At first, my dad was a bit weirded out. He thought that because Mon was my boss, I was just forced to be in the relationship, that I couldn’t say no to save my job. But that’s not the case. I assured my dad that I am not someone who can be forced to do things I don’t want. And I made an effort for my family to get to know Mon better. Now, I feel they love him more than they love me!

Mon, on the other hand, feels that there's really no challenge caused by our age difference. Except perhaps this one time I wanted to watch my favorite boy band live; he didn’t want to—he probably found it silly—and just asked me to watch it with my cousin instead. Problem solved!

Mon believes that the only way to resolve the difference is to be more patient, more tolerant, and more understanding of the other person’s point of view. From there, come up with a compromise that each can agree on. But this, of course, is easier said than done. 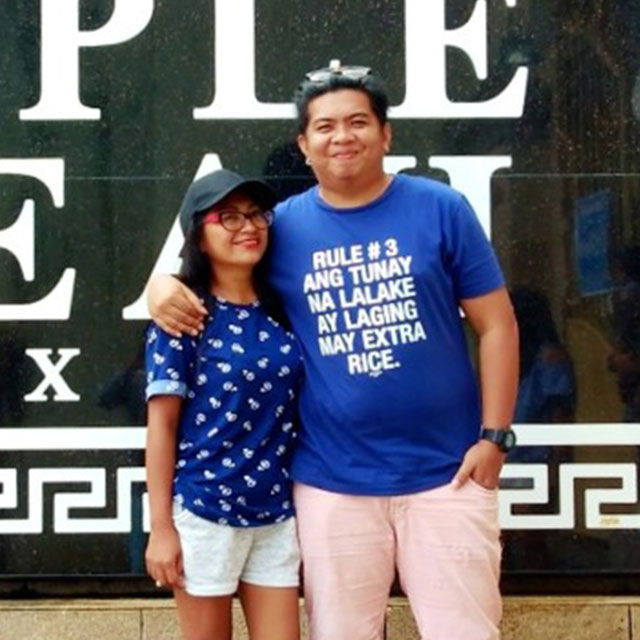 How did you meet?

I was based in Abu Dhabi and Alfred in Dubai, and we met online through the game Granado Espada. We often chatted on and off the game, became friends, and the rest is history.

What challenges did you have to face due to your age gap, and how did you overcome them?

We each had several insecurities, and our age gap played a big part in making “normal” insecurities feel worse. For instance, since I’m older than him by 13 years, I thought he wouldn’t be attracted to me but to younger girls. Also, because we started out as friends and knew whom the other dated before, I found myself wondering if he was still thinking about his ex.

In Alfred’s point of view, he was worried that he wasn’t living up to my expectations. But he’s happy-go-lucky, and so was I. So we just dove right in and told ourselves “Trust lang!”

Building trust is quite a process, but I think we managed to succeed in it. He has his own way of developing his trust in me, so I let him do that. I have my own way as well, and he accepted my pace. What helped a lot was meeting each other’s families. I then developed a good relationship with his relatives, especially his mom.

These stories prove that age is only an obstacle if you let it become one. The truth is, you are #FreeToLove and be loved. Once you fully realize that, the stigma has nothing on your relationship. That’s how strong love is—so this Valentine’s Day (and every day), celebrate it with Closeup, a brand that celebrates love, diversity and inclusivity.

This article was created by Summit Storylabs in partnership with Closeup.
Shop the items in this story!