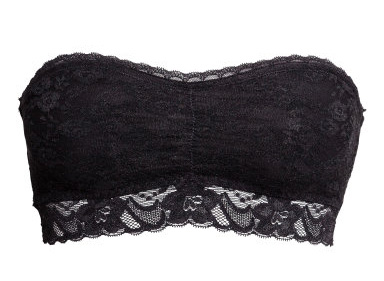 When buying a strapless bra, you need to go down at least one band size. You have to wear a size smaller than you would with a standard bra to compensate for losing the support you'd get from straps. Essentially, you want the strapless bra to be as tight as possible without being uncomfortable—otherwise, you won't get the support you really need. Yes, this may cause back-fat rolls, but it's either that or wear a bra that doesn't actually support you. To reduce the appearance of back fat, choose a bra with a wider band (see photo above!) in a sturdier material, but understand that the effect will never be perfectly smooth.

2. The band is too narrow.
The larger your chest, the wider you want your band to be. This ensures the bra will actually support the weight of your breasts. Women with especially large busts may need to wear bustiers or strapless shapewear bodysuits to get the same level of support as women with smaller busts.

3. Convertible bras are B.S.
They're great in theory, but rarely in practice, especially after prolonged wear. Convertible bras never function as well as you think they're going to, so you might as well avoid them. See numbers 1 and 2 above for more details.

4. Your dress or top is putting too much weight on your bra and pulling it down. 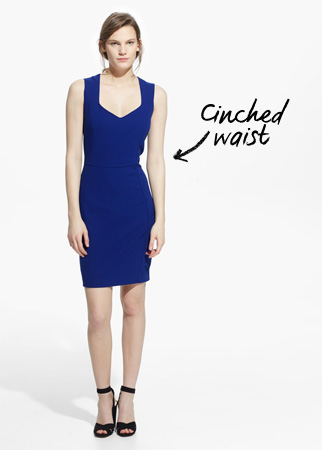 Your strapless bra has enough to do just holding up your chest. Don't make it hold up your clothing too. If you're wearing a strapless top or dress, make sure the garment is fitted through the waist so your hips, not your chest, support the weight of the garment.

5. It's worn out.
Bras are only meant to last about six months to a year with regular use—less time if the bra is of low quality or isn't taken care of. That's bras with straps. Strapless bras have to work a lot harder, so they wear out that much faster. True, you probably don't wear your strapless bra with the same regularity as a standard bra, but that doesn't mean you should expect it to last you years and years. Even with minimal use and proper maintenance, the stretchy fibers in your bra will weaken over time.

To get the most use out of your strapless bra (or any bra, for that matter), make sure it fits properly at the loosest band setting when you buy it. You can tighten the bra as it wears out.

6. The top of your bra cup leaves a visible ridge under your clothes.
The cup either doesn't fit or that the material (specifically the foam in a molded cup bra) is too thick. To avoid this problem, try a bra with an unlined cup (see photo below!), which will lie closer to your chest. Otherwise, a little lace can sometimes help soften the transition from bra to breast and make the bra look more seamless under your clothes. 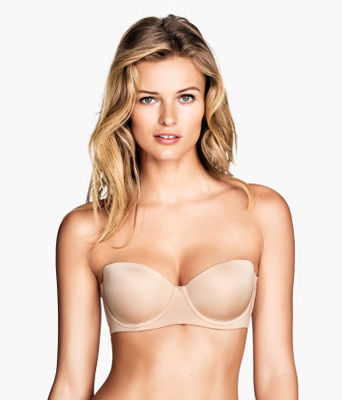 If you try all this and the ridge is still visible, then the problem isn't your bra, it's your top, which is probably too tight or made out of a flimsy fabric (or both), and there is no bra that can fix that.

7. You are asking too much of a strapless bra.
A strapless bra will never feel or perform the same way a bra with straps does. It just won't. They might look similar, but they are completely different animals. Best just to accept the situation for what it is.