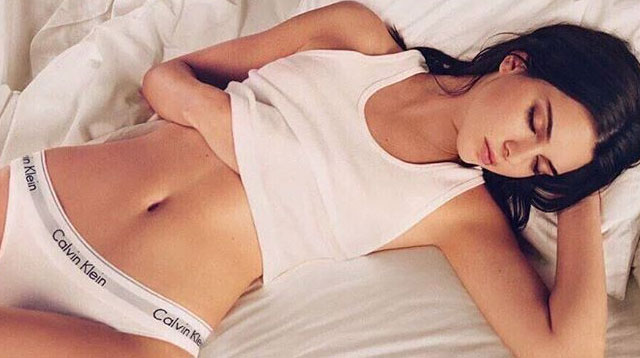 We’ve always known that Kendall Jenner has a banging body, but the supermodel’s new ad campaign for Calvin Klein is just out-of-this-world uhhmaaazing.

We first caught a glimpse of the Spring 2016 campaign when the model posted this teaser video on her Instagram account. Uhm, drool?

Soon enough, official photos began to pop up on social media. Like this one with Kenny casually stretching one arm over her head. If we attempted anything like this, we’d just look stupid.

In what world is it acceptable to wear a sequinned duster coat with just a bra? In Kendall’s world, duh.

This girl takes the cake though.