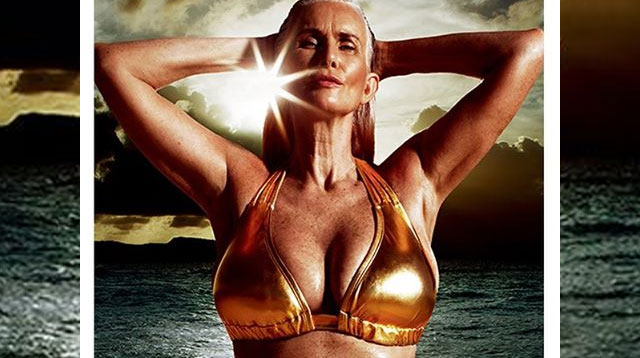 Age is truly nothing but a number, as Swimsuits For All proves! The swimwear brand chose Nicola Griffin, a 56-year-old model with the prettiest head of gray hair we’ve ever seen, to star in its #SwimSexy advertising campaign.

The campaign will debut in Sports Illustrated’s Swimsuit issue, making Griffin the oldest bikini-clad woman to be included in the magazine!

“People think you lose your sex appeal as you get older—but that’s a myth; I’ve never felt sexier,” Griffin shared. “It's never too late to put on a bikini.”

A campaign with diversity and positivity at its heart, #SwimSexy also features plus-sized models Ashley Graham and Philomena Kwao wearing the same metallic bikini as Griffin’s.