She decided to get them just months after having them removed.
by Abigail Malbon | Oct 11, 2018
Post a Comment

We won’t lie, it was a bit of a shock when Kylie Jenner recently decided to get her lip fillers removed. As a woman who’s famously made millions (and nearly billions) from her Kylie Cosmetics Lip Kits, they’re kind of her signature look.

Having said that, we’re all for Kylie embracing what makes her feel happiest—and if that means trying out the natural look for a while, then sure.

Fans were quick to spot the difference when she uploaded a picture back in July. One Instagram follower commented “She looks like the old Kylie here, IDK why,” to which Kylie replied: “I got rid of all my filler.”

But it appears the change was only temporary. Kylie has been sharing Insta stories thanking an L.A. dermatology clinic for “coming through late last night with a lip touch up!” 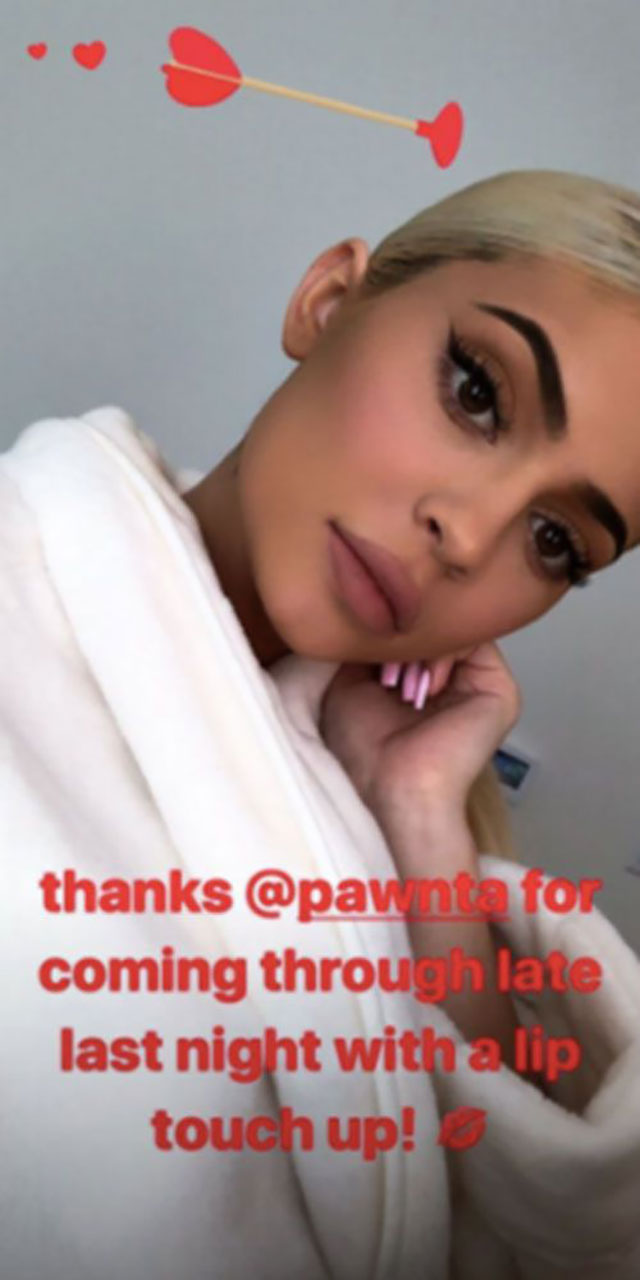 Kylie first admitted to having fillers in 2015, following months of speculation when she insisted she was just “over-lining” her lips. “I was 15 and I was insecure about my lips,” she said during an episode of Life of Kylie. “I have really small lips. And it was like one of my first kisses and a guy was like, ‘I didn’t think you would be a good kisser because you have such small lips.’ But I took that really hard.”

Recently the 21-year-old revealed she’s working on a vlog about her "lip filler journey."

"The vlog is just a whole mess & I’ve been the busiest I’ve everrrr been," she wrote, admitting that she's editing the whole thing herself. She continued, "It’s about my whole lip filler journey. I hope it comes out soon."

Still no sign, though! However, she has uploaded a behind the scenes video about her upcoming Halloween Collection, so that's something, I guess.