It's not an easy day for Taylor Swift fans. Kim Kardashian has exposed their queen as a liar, and they are once again forced to defend her against critics who claim she's phony and calculated. Cosmopolitan.com spoke to three such fans—and learned that, actually, even they are having trouble defending their hero.

Fan credentials: She was the recipient of one of Taylor's famous care packages. She also met Taylor on her "1989" tour.

What was your reaction to the news? Part of me knew Kim probably had video footage, because you're not going to say, "I have video footage of her," and then not have it. So I was obviously upset, like, "Why did Taylor lie?" There was no point in even lying. And I knew that people were waiting for her to mess up. Why do you think she lied? I really have no idea. Because even if she went along with [the song], I'm sure people would've been like, "Oh, that's cool that she knew about the [lyrics]." I feel like she would have gotten more respect that way.

Why do you think she decided to lie? Maybe since she saw a lot of people being like, "How could he say that about her?" Maybe she was like, "That's the angle I have to take on the situation?" At this point, you have to know that everything is for their careers. Any artist is like that. They're going to do anything to help their image and gain more popularity. And that's fine, whatever. I can't be in denial of that. It's silly to think, Oh, she's the best person in the world! I know she messes up and stuff. Does this impact what you think of her character? I don't know. But I still have to think about what she did for me and my friends. She met me and sent me stuff in the mail. So I'm obviously always going to support her, even if something bad happens.

Do you ever wonder what her motivation was for doing those things for you, other than the goodness of her heart?

Sometimes I think about that. But I can't think about it too much. Then you start thinking, EVERYTHING WAS FAKE, and you're gonna be upset.

Do you feel disappointed in her?

Oh yeah. And I feel like everyone's going to be like, "You're still a Taylor Swift fan? Shame on you." So many people have been waiting for her to mess up big time just so they could turn on her and be like, "I knew she was bad." I'm just like, "Ugh … I don't like this!" I'm upset. And I don't like her statement about it. I wish she would have just been like, "Yeah, I apologize." Instead of trying to be like, "Oh, I didn't know about 'that bitch.' It was that one part that I didn't know about." It makes me upset.

Are you a Kim Kardashian fan?

Does part of you admire what Kim did?

Not admire. But I knew it was going to have to come out. I think she said on [Keeping Up With the Kardashians], "I'm tired of my husband getting a bad rap." That's understandable. If you're married to someone, you want to be able to stick up for them and address issues with them, especially if you have something on camera that is going to prove the point right. You're not just going to be like, "OK, I'll just let Taylor say that stuff about me and never point out that she did something wrong."

Does this make you less of a fan of Taylor?

No. Not less of a fan. It just makes me feel like a disappointed child. Obviously I'm old enough to understand when somebody does right and wrong. Obviously this is a wrong situation and she made a mistake. And I can say that without being like, "I'm not a fan anymore, fuck her."

Fan credentials: She's been a fan since 2008 and Taylor follows her Tumblr, NewSoundtracks. She and Ally (above) met as fans through Twitter. 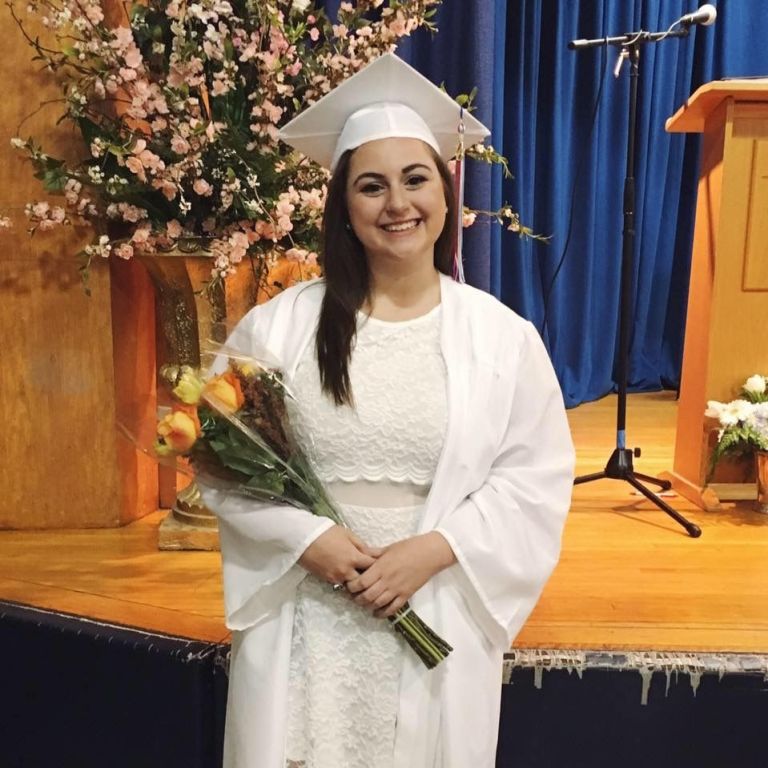 Did you see this unfold last night?

I did, as it was happening. My first reaction was honestly shock. I couldn't believe that she had lied to all her fans. I felt betrayed by her.

A lot of the work of being a Taylor Swift fan is defending her against people who say she's calculated or phony. Do you think there's merit to those claims now?

I do. Before, whenever somebody had called her calculated, I would have defended her. But now I feel she's giving people who hate her validation. And it makes it harder for me to defend her.

Are you trying to defend her anyway?

I'm not trying to defend her [for] lying about this song, but I still love her music, and I'll still always support her. I just feel as if I can't defend her. She's left me with no choice.


Do you think it was fair what Kim did?

Do you think Taylor is calculated as far as celebrities go?

Like is she more calculated than most? I think to be a celebrity, you need to have a certain level of being able to manipulate the way the media sees you. But what I saw last night was her flat-out lying and slandering Kanye West. I think that went above and beyond and, yes, I would say that makes her more calculated than other celebrities.

What did you think of her response?

I thought it made the situation worse. First of all, it was the least eloquent thing I've ever read from her. It seemed very rushed and like she didn't really know what she was trying to say. And I felt like she missed the point of why her fans are mad at her. She tried to explain the minutia of how she approved that song. But really, we were just mad because she lied about the grand scheme of things. In the beginning, the way her statement made it seem was like she had no approval of this song at all. And the phone call made it very obvious that she did approve parts of this song, even if she didn't approve that one specific word ["bitch"]. If you could say one thing to Taylor right now, what would it be? I would tell her that she betrayed her fans' trust and we deserve an apology.

You joked on Twitter that you weren't making an official statement. Have you wrapped your mind around how you feel about this whole thing by now?

I have, I guess. After looking at all the exact details and reading over Taylor's rep's statement, especially the one after the GQ article, I think, ultimately, when it comes down to technicalities, Taylor didn't really lie. I understand that it kind of makes her look like she's in a bad light. It doesn't make her look great. But technically she didn't lie because the one line she's been adamant about being upset about is specifically "that bitch," and in all the Snap videos that Kim posted, [Kanye] never mentioned that one particular line. So her story at the end of the day does hold true.

But in the initial statement, she made it sound like she'd never heard about the song at all.

Right. That initial quote, when she said that he never reached out to her—that's why I said that it doesn't put her in the best light. That I will 100 percent agree with. And it was maybe a little bit opportunistic to make the Grammys speech what she made it. But after the GQ article, everything her rep said still holds true now.

Does this make you feel differently about her?


But Britney's meltdown was out of her control.

It absolutely was, and in hindsight, the general public looks back at that and defends Britney. But during the time that it was happening, everyone was shitting on her, and I had to defend her back then; everyone was calling her crazy.

What about people who feel like everyone was shitting on Kanye?

Yeah, that was a little unfair, I agree. I don't want to completely defend Taylor as if she was completely fault-free. Like, every point that they're making, I don't necessarily think they're wrong. Ultimately, yes, this is a poor action that Taylor did, but does it in any way negate the positive things she's done to help others? No, I don't think that. I don't think she deserves to have an internet party thrown in honor of the possibility of her career crashing and burning over this. That's a little much. People are getting off on the idea of someone who's really successful getting taken down.

Does this make her seem less down-to-earth or authentic to you?

I think she's down-to-earth and authentic, and that might come from me being one of the people invited to her house. No one can change my opinion on that after that experience because it was all the wonderful things that you heard about: It was so great; she was so gracious. I think she is a genuine person. But I have been talking to my other friends who are big Taylor fans and we did admit that we really don't know her as well as we always thought and there's never going to be a time where we do know her well enough that she can't still keep certain secrets from us. And we are aware of that now. She really only tells us what she wants us to know. We thought we knew her very well before this, but it was kind of eye-opening that we may not know her as well as we think.

Do you feel icky thinking about her today?

No. Honestly, I think all the people who are hating on her are wanting her fans to feel that way, like, "See? Everything we say about her is right. She's this evil, manipulative person." But the only thing I feel today about her is—[and] I guess this kind of plays into what people say about her, that she plays victim all the time—but like, I feel bad about this absolutely insane internet party. I don't feel like the punishment fits the crime.

Is there anything Taylor could do that would stop her fandom?

I don't know…murder someone? For me, I know she's kind of silent on political issues and I do wish she would say something about any of the political things that have been happening in the recent few months—or year or two. But I think if she said something bad politically that I didn't agree with, that would probably change my opinion. But she stays silent, so I don't know what her opinions are on these things.

Do you want her to write about this feud on her next album?

Yes. If she's not going to give an official interview about this, I'm always confident that I'll get any answers I need in her music.