1 It seems like a photo of Alden Richards and Maine Mendoza, aka Yaya Dub, is going around social media—people say that the two were photographed together during Candy magazine’s Candy Fair five years ago! So what could this mean for their loveteam, which differs from all the others since Alden and Maine have never met in person? Nothing, really. The shot is so blurry, so no one can confirm just yet if Maine’s the one in the photo. Alden himself says he’s never even laid eyes on her. Or maybe he just forgot? #OhSnap (PEP)

2 Amanda Bynes is back on social media! The former child star, who decided to stay offline in March, tweeted that she was with designer Michael Costello for the SOAR Los Angeles Gala, and look! She’s also sporting a platinum blonde ’do. Doesn’t she look great? (Us Weekly)

Me and the fabulous Michael Costello (I'm wearing one of his beautiful gowns) at the SOAR Los Angeles Gala! pic.twitter.com/5gLWEKhVJ9

3 Kylie Jenner is flaunting her side boob again. She’s currently vacationing in St. Barts with her family, and it looks like she’s loving her first few days of being 18.

4 More coloring books for you! Summit Books just released two adult coloring books, Hue Can Do It and Hue Can Do It Too (each priced at P295). Both feature the works of some of the country’s most talented illustrators, like Manix Abrera and JP Cuison. The official launch will be during the Philippine Literary Festival on August 29, from 1:00 to 2:30 p.m. at Raffles Hotel Makati.

If there’s anything better than adult coloring books, it’s having signed copies and doing some activities with fellow creatives. Don’t forget to share your work on Instagram by tagging @huecandoit and using the hashtags #HueCanDoIt and #HueCanDoItToo. 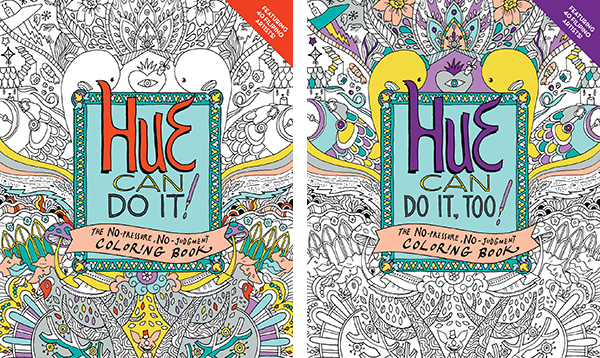 5 Derek Ramsay speaks up about his upcoming movie with Coleen Garcia, Ex with Benefits. He’s gotten a comment on his Instagram about how the film is putting medical representatives down. “I hope you watch the movie so you can see that we are not stereotyping medreps. I have complete respect for the work they do and how hard it is. Tnx,” the actor clarified.

“When an action movie has a corrupt politician or policeman, we don't assume all politicians and policemen are corrupt. I hope this message will clarify the issue. tnx :) #respectformedreps,” he added. (PEP)

In case you haven’t seen the trailer for Ex with Benefits, here it is!