'He is my greatest takeaway from the whole PBB journey.'
by Cass Lazaro for Candymag.com | Jan 12, 2022
Post a Comment
Featured

Since her stint on Pinoy Big Brother: Kumunity Season 10, Alexa Ilacad has been the talk-of-the-town on social media. Her 71-day stay at the PBB house lent the audience a glimpse of the young actress’ character, including her battle with a major depressive disorder and controversial relationships with her former housemates.

Alexa has been acting since she was eight, having first risen to fame as a Goin’ Bulilit mainstay, but unlike all the previous shows she’s been in after the sitcom, PBB’s impact on Alexa’s career is undeniable.

While she didn’t make it to the top two celebrity contenders for the finals, it’s safe to say that Alexa has built a strong fanbase outside the iconic reality show, what with her 3.1 million (and counting) followers on Instagram plus her TV guestings left and right!

For the rising star, the opportunity is something that has been a long time coming. “I’ve always wanted to join PBB for the longest time. Even the management would always tell me na, you know we’re always looking for the perfect season to put [you] in,” she reveals in a tell-all interview. “Sabi ko talaga, iba talaga 'pag timing ni Lord. It’s really perfect.” 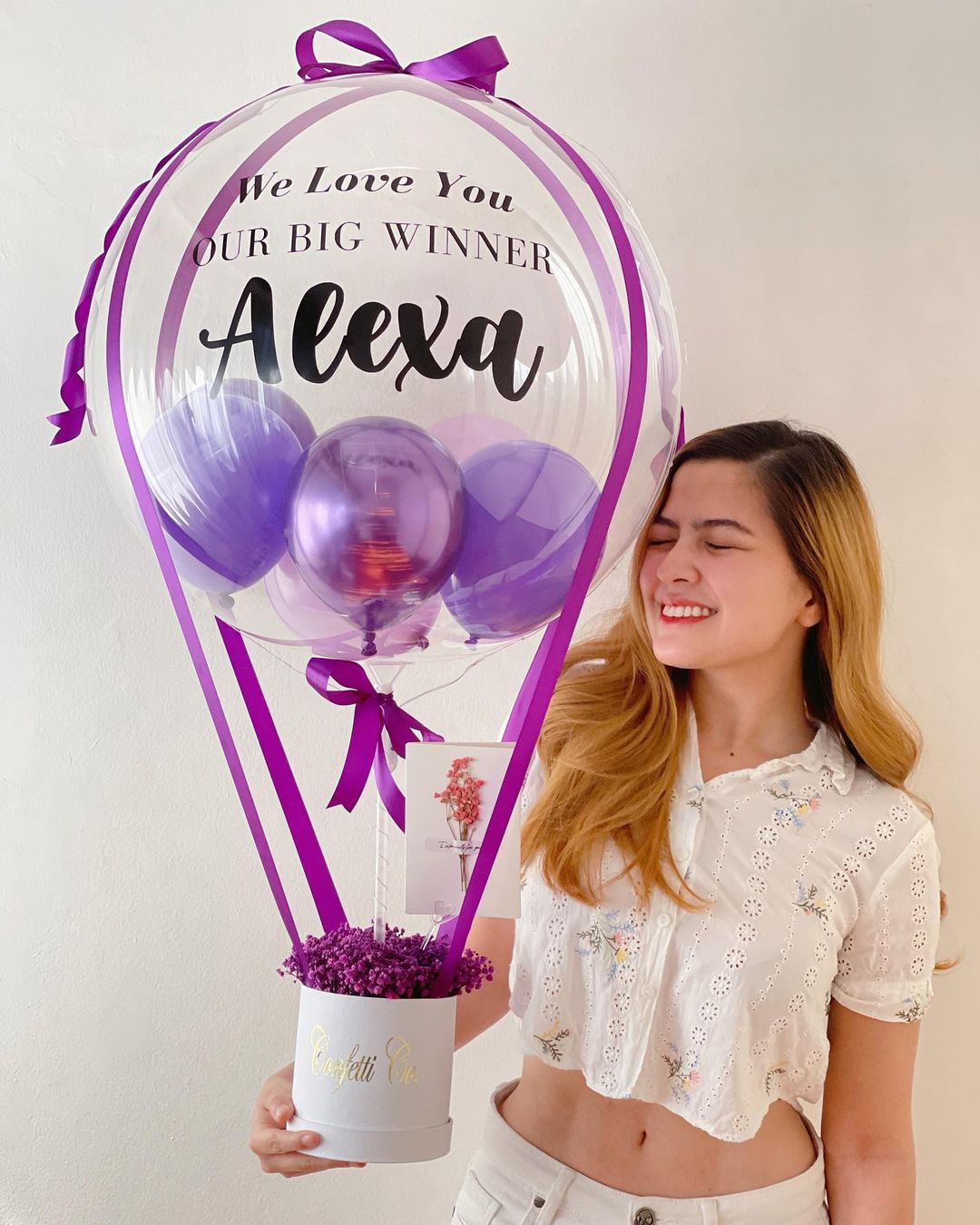 Whenever Alexa is on the camera, her flair for authenticity is on full display. “It wasn’t a big deal for me,” the 21-year-old actress explains. “When I entered the house, sabi ko talaga, I’m gonna be straight up, unapologetically me. No filter, no pretentious, no nothing.”

She vowed not to rewatch any of their clips once she’s on the outside world to not complicate her relationships with her ex-housemates but didn’t anticipate the need to equip herself for interviews further. “When I watched the things that were said about me, it kinda broke my heart din talaga,” Alexa gets real.

“It was sad ’cause I didn’t know all along na sometimes pala they talk about me, ganyan, but sabi ko nga, I’m really a forgiving person. I’m gonna forgive, but it doesn’t mean I’m gonna forget.”

A case in point is his friendship with Eian Rances. The pair admitted their attraction towards each other, but at one point, Eian doubted if Alexa’s intentions were genuine, implying that she might be using him to craft a storyline for a potential love team.

“Sabi ko kay Eian paglabas, siguro kailangan muna kilatisin yung isang tao or mas kausapin with no filter talaga just to check the intentions if it’s pure and all. And he’s trying to prove himself naman which I do appreciate talaga,” Alexa shares. “He can’t really blame me for trying to guard my heart din.”

As of now, she describes their dynamic as ‘good’ and ‘steady’. In fact, they even bonded over a MOA Globe tribute from their fans, who call themselves Aleians. “Ang galing lang kasi there are so many ways you can show someone love, but they thought of that: a globe where everyone’s gonna see it,” Alexa points out. “First of all, expensive. Second, what have we done to deserve this amount of love? It’s so extreme. I’m melting!”

Aside from Eian, Alexa is also being *shipped* with fellow housemate KD Estrada, with whom the actress describes her bond as ‘genuine’ and ‘a giant blessing’. She says, “It really warms my heart every time I watch something related to the two of us kasi it’s a two-way thing. If he got strength from me, I got strength from him too.” 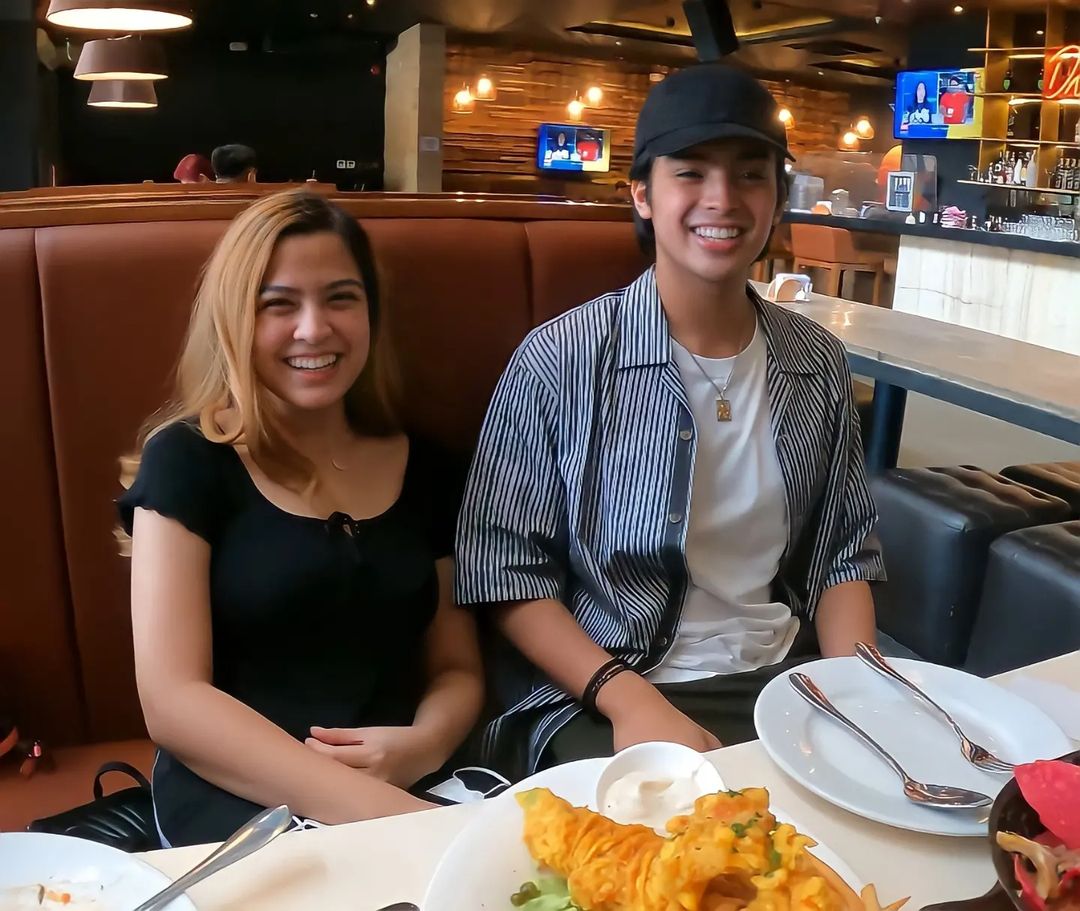 Further praising KD and his impact on her, she says, “He is my greatest takeaway from the whole PBB journey, ‘cause now I have a solid person in my life whom I can really count on. It’s so rare to find someone that you just connect with, someone who gets you, who assures you na di siya mapapagod sa'yo ‘cause we both have a condition.”

Alexa is referring to her Body Dysmorphic Disorder and KD’s depression. The two were both diagnosed by PBB’s resident psychologist-psychiatrist Dr. Randy Dellosa during their stay.

Alexa says that she was rooting for KD to win: “I know he’s got so much to prove,” she shares. On the other hand, she couldn't help but feel worried for him after her eviction's announcement. “Gusto ko siyang ma-alagaan pa eh. Pano na yun? Who’s gonna make his french toast? Who's gonna remind him to eat? Who’s gonna save his food? Etc, etc. But I know naman he’ll be great if he stayed.”

She’s pleased that they have managed to maintain their friendship now that they’re both on the outside world. “I’d say we’re both growing, we’re both in a really good place right now. Even in our conditions, we’re really happy.”

Alexa Ilacad Opens Up After Being Diagnosed With Body Dysmorphic Disorder: 'When I look in the mirror, I feel disgusted'