Between Anne Curtis and Erwan Heussaff, we all know who the seasoned performer is. *ahem Anne ahem* But in his recent YouTube series "Bahay Kubo," Erwan went above and beyond his content creator comfort zone and actually (very sweetly) sang a few lines of the beloved Pinoy children's song as an intro for the video.

Jump to the 11-second mark to see what I mean:

The comments section, of course, was flooded with messages comparing him to his “Anne-bisyosa” wife, famous for belting out tunes despite not having a professional singing voice. And Erwan, obviously, took notice: "Just posted a new video and the comment section is already getting ludicrous," he wrote in an Instagram Story with a screenshot of all those Anne comments! LOL 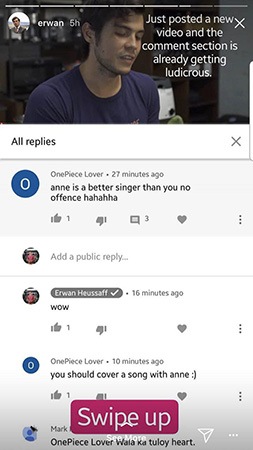 But then Anne went to poke fun at her hubby and grabbed her well-earned distinction as a "better singer." "Ludicrous ka diyan!" she posted as a reply to Erwan. "The world has spoken. I AM A BETTER SINGER." 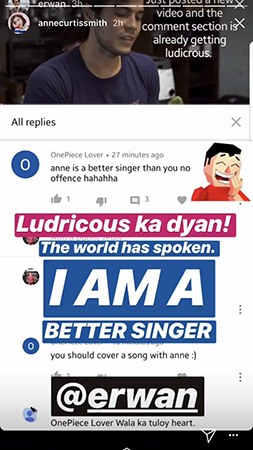