Are Pia Wurtzbach And Dr. Mike Varshavski Officially A Couple? 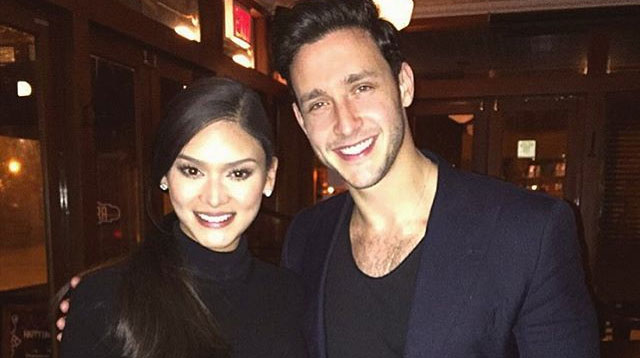 1 OMG, you guys! Are Pia Wurtzbachand super sexy doctor Mike Varshavski officially in a relationship? A screenshot from the beauty queen’s private Facebook page shows the update below:

If the rumors are true, Pia and Mike cemented their status as a couple on March 11. A picture that’s apparently from Dr. Mike’s Snapchat is also floating online. It shows the two cuddling in bed—like real couples do, we suppose! (PEP)

2 The award for the cutest airport couple look goes to Nadine Lustre and James Reid! The two were spotted at NAIA on their way to Doha, Qatar for the first stop of JaDine In Love: The World Tour. The two were matchy-matchy in slim long-sleeved shirts and denim jeans—Nadine accessorized her look with white sneakers and a Louis Vuitton shoulder bag, while James opted for tan desert boots and a leather carryall. Stylish!

3 Hollywood actress and singer Hailee Steinfeld is headed to Manila! The 19-year-old Filipino-American dropped the news on her Twitter account:

No word yet on what she’s going to be up to, but she did tag #April and @mca_music, MCA Music’s official Twitter account, so it’s safe to say she’ll be here next month for something album-related! (ABS-CBN)

4 Prepare to swoon, you guys! At Adele’s London concert on March 15, a man proposed to his girlfriend of 12 years while the singer was in the middle of singing “Make You Feel My Love.” Adele invited the two up the stage, where she congratulated them and even conducted a little interview. Watch the heartwarming video below. (Billboard)

5 Will Harper Beckham follow in her designer mom Victoria Beckham’s footsteps? Victoria shared this adorable photo of 4-year-old Harper working on her own dress form. “Draping like mummy,” the former Spice Girl captioned on Instagram. Sweet!