All The Important Details You Missed In Ariana Grande's 'Thank U, Next' Video

There was a Pete Davidson dick joke that really needs your attention.
by Emma Baty | Dec 3, 2018
Post a Comment
Featured

Ariana Grande finally blessed the world with her "thank u, next" video, and it's loaded with super important and hilarious details you probably missed. Here's an exhaustive list of them.

This was the original "army pants and flip flops" girl from Mean Girls. 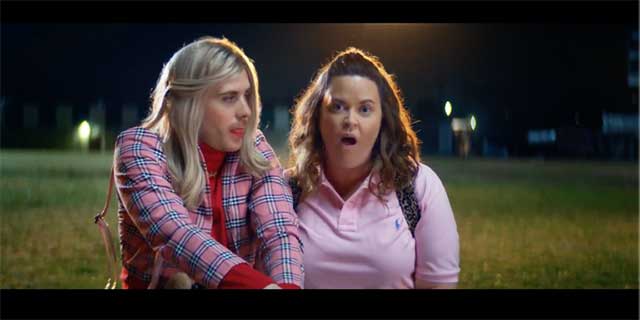 She called out all her boyfriends, starting with Big Sean, writing in the burn book that he is "cute" and "sweet," and wrote HE COULD STILL GET IT.

Then she called out Ricky, calling him a good dancer and saying they'd be friends forever.

Next to Pete's picture, she wrote "Sorry I dipped" and "HUUUUGE," which is a reference to that whole Big Dick Energy thing, and she wrote, "I love you always." 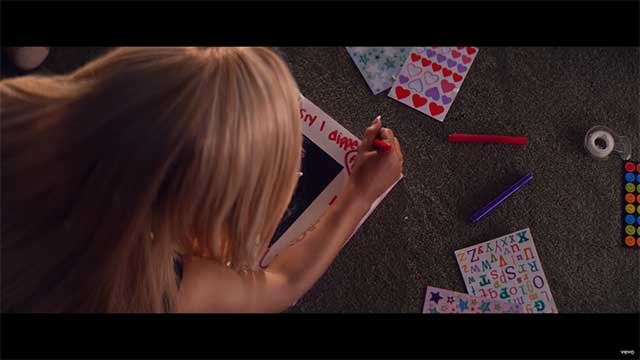 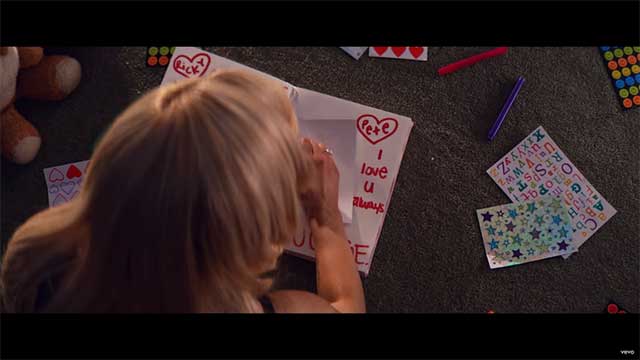 She doesn't show a picture of Mac Miller.

When she talks about "Malcolm" being an "angel," she first looks at the camera and then looks up at the sky on the word "angel." Presumably, she hasn't dedicated a page in the Burn Book to him.

The cheerleader's uniforms say TUN for "thank u, next" 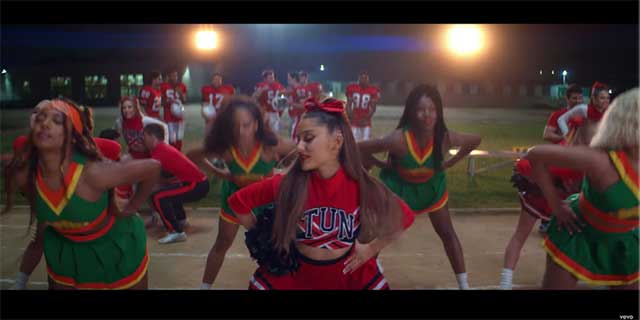 The mixtape said "To Ari, From Ari" 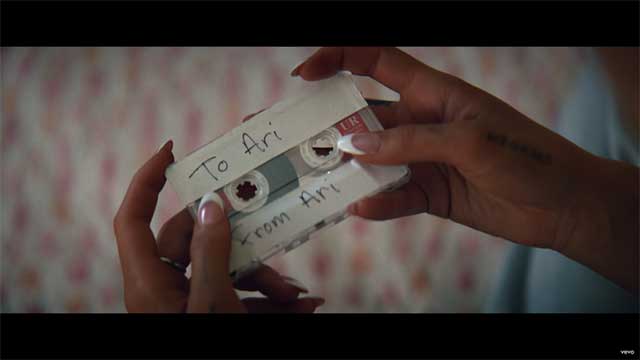 In the dollhouse, one of the paper dolls is a selfie she took two weeks ago when she got her hair cut. 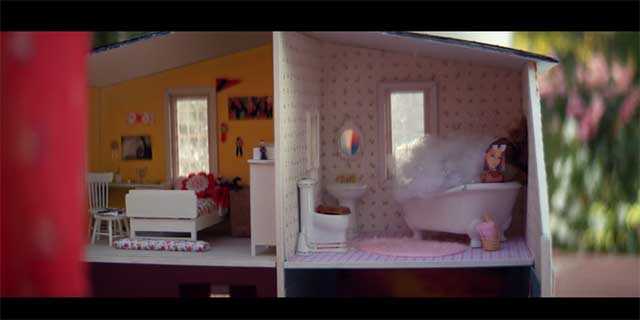 In her fake bedroom, she has a poster of her IRL brother Frankie skating in the back. 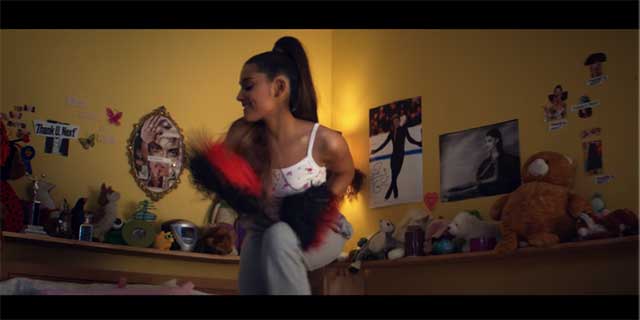 The girl who played Karen grabbed her boobs, because, you know, we need to know the weather. 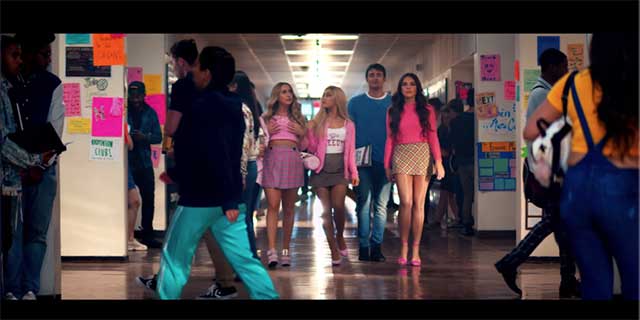 Ariana made a joke about Pete's dick.

"He was really cute, and, you know, it was really big," she said in the scene where she gets her nails done. 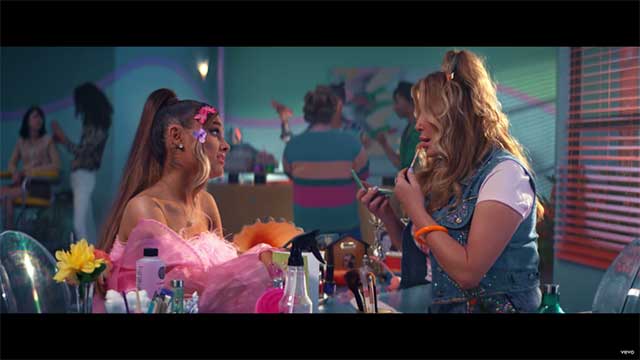 If there's a secret meaning behind this, someone @ us in the comments, but it's gotta be important. Twitter is speculating that it's the name of her next song. 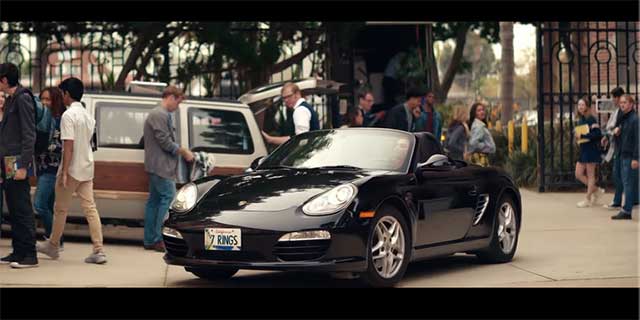 And there's this theory courtesy of Twitter user @CatchMeIfUKenze.

Her law school textbook was called "Immigration and Refugee Policy," which is probably a call-out to the migrant crisis on the U.S.-Mexico border. 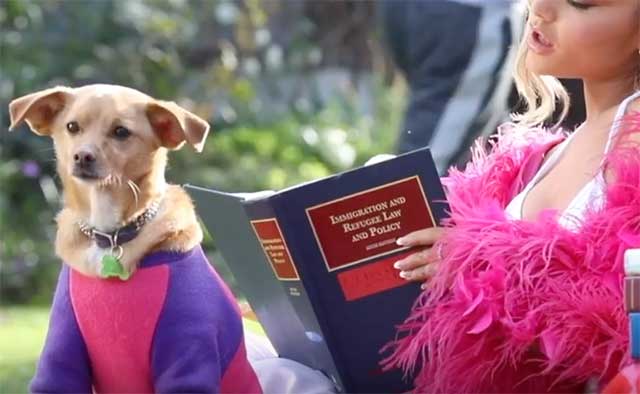 She randomly gave the camera the middle finger. 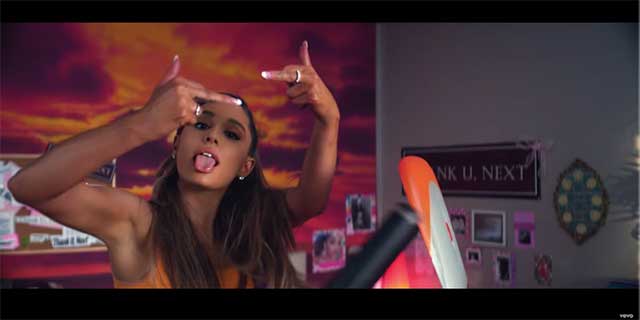 When she kissed the pregnant girl's belly, the lipstick mark was already there before she kissed it. 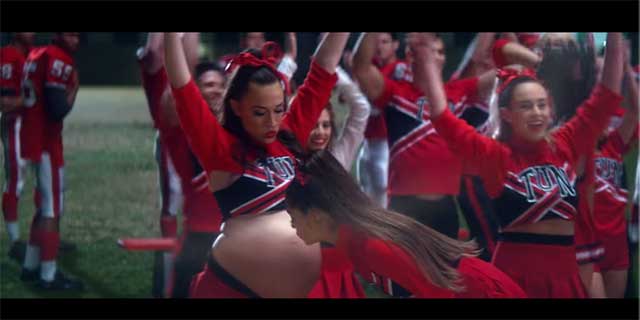 This post will continue to be updated as the internet successfully digs up more nuggets from this masterpiece.