Ashley Graham has already proven herself worthy of any lingerie show after hitting the catwalk in Addition Elle underwear for New York Fashion Week in September.

And now the 30-year-old model—who is an advocate for healthy body acceptance—appeared to be taking aim at luxury lingerie label Victoria's Secret, who has yet to introduce plus-size models in their annual fashion show.

Ashley turned herself into an honorary Angel by Photoshopping a pair of extravagant white wings to an image of herself modeling underwear on the runway during NYFW.

Along with the picture, the star added the caption: "Got my wings! my #AdditionElle wings! #thickthighssavelives"

The catwalk queen collaborated with Addition Elle on their underwear line since 2012, with the brand championing "fashion democracy" with their range of clothes and lingerie from size 12-26.

Meanwhile, Ashely previously said she would love to take part in the Victoria's Secret Fashion Show—which took place in Shanghai on Monday night, November 20—if the label were to feature size 12 and above models in their shows.

"Oh yeah. I mean when Victoria's Secret calls me and asks me to be on their runway I am going to say yes," she told TMZ. 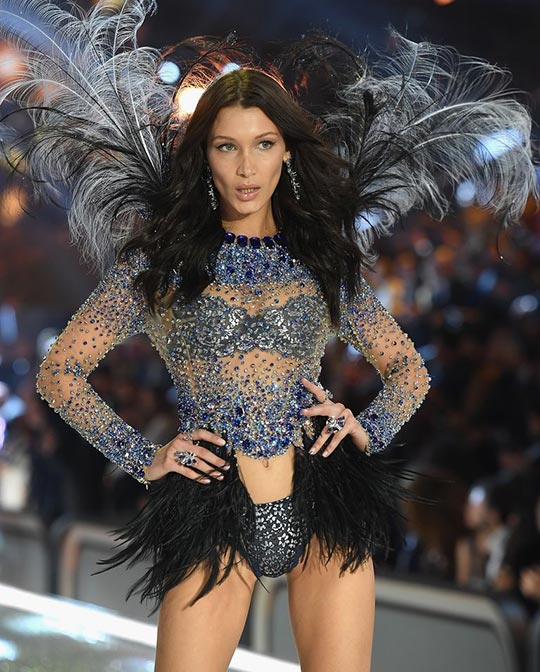