Ashley Greene's Waterfall Engagement Video Will Give You All The Feels

Or it will make you want to go to the bathroom because of all the water sounds.
by Peggy Truong | Jan 3, 2017
Post a Comment

Here’s something wonderful to wrap up 2016 with. Ashley Greene, perhaps most famous for playing the nosy but informative Alice Cullen in the Twilight movie franchise, is officially an engaged woman. The news was announced on her Instagram account last week thanks to a video made by her future husband, Australian TV personality Paul Khoury. Paul, who's been with Ashley for three years, chose quite the location for his big moment: New Zealand’s Bridal Falls, which of course had ~waterfall vibes~. The proposal video also features the sweet sounds of John Legend’s ballad “You & I,” so yes, you can expect to get a little emotional after your third or fourth viewing.

Ashley, who also shared the video, wrote, "This is the most beautiful moment I could have ever hoped for. You've successfully made me the happiest, luckiest woman alive. I can't wait to show you my unfaltering immeasurable love for the rest of our lives." The couple also shared close-ups of Ashley’s gorgeous diamond ring, which Ashley says is “the most beautiful thing I’ve ever seen.” No lies were told. 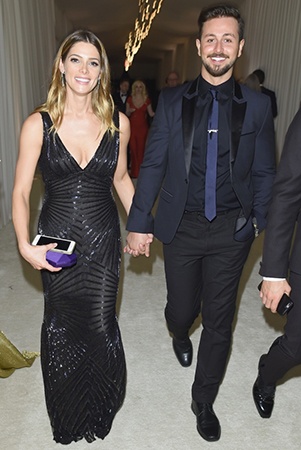