Get To Know Chris Pang Of 'Crazy Rich Asians'

As we wait for the August 22 release of Crazy Rich Asians, we have so many burning questions: Will the film stay true to Kevin Kwan's bestselling book? How many seconds exactly is Kris Aquino's cameo? How extravagant will the mansion and wardrobe be? Most of all, how much time can we spend admiring the hot male Asian actors in the movie?

Australian-Asian actor Chris Pang, who plays Colin Khoo, bestie of Nick Young (Henry Golding), is currently here in Manila for personal projects. We asked him to spill the deets about the Hollywood film, and *ahem* his relationship status. 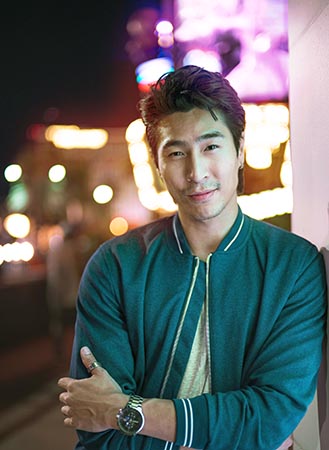 There was an open casting for Crazy Rich Asians, where people around the world submitted their audition videos via YouTube. Was that how you auditioned?

Chris: That would have been such a great success story but unfortunately, no! We did cast people from the YouTube open auditions though. I was lucky enough to get an audition from my agents the way I normally would for any other project—quite uneventful.

"Kris is a personality! I feel like she’s actually the most qualified of all the cast to play a crazy rich Asian."

Tell us how you landed the role of Colin Khoo.

Chris: I was always more drawn to Colin in the book than the lead, Nick, who I was originally brought in to audition for. I decided to use my Nick audition to start getting in for Colin by rocking up to the audition in a t-shirt and playing the whole thing rather casually. From the time I auditioned to when I found out I got the part, I went to Miami to attend a bachelor party to forget about the whole thing and take my mind off it. It was also the perfect place to have a celebratory drink!

What's it like to be part of a Hollywood film with a cast of mostly Asian actors?

Chris: To create a film with a bunch of fun and talented artists who are around my age and share the same experiences growing up has given me memories to treasure forever. It's such an honor to be part of a moment that we can hopefully look back on and say was the beginning of a positive change. It was also nice that when we hung out in each others places, everyone automatically took their shoes off.

"It's such an honor to be part of a moment that we can hopefully look back on and say was the beginning of a positive change."

How has the lack of diversity in Hollywood improved or changed in the last few years and what does it mean for you as an Asian actor?

Chris: Growing up outside of Asia meant that I always felt a certain inferiority towards my own image and never felt like I either belonged or was accepted. I have always wanted to be a part of the change to represent and put more Asian faces on screen. I relocated from Australia in 2013 because it was unsustainable for an actor of Asian background to survive there. I moved to LA where the diversity conversation was light-years ahead, but I still ended up sitting at home playing Xbox all day and not auditioning more than I did back in Australia. I have been lucky though, and landed a few roles here and there to keep me going. But the landscape has also shifted dramatically since then. I hope that the industry can keep evolving to represent minorities of all backgrounds so that there never has to be a kid growing up feeling hatred towards their own image again. That's the dream. 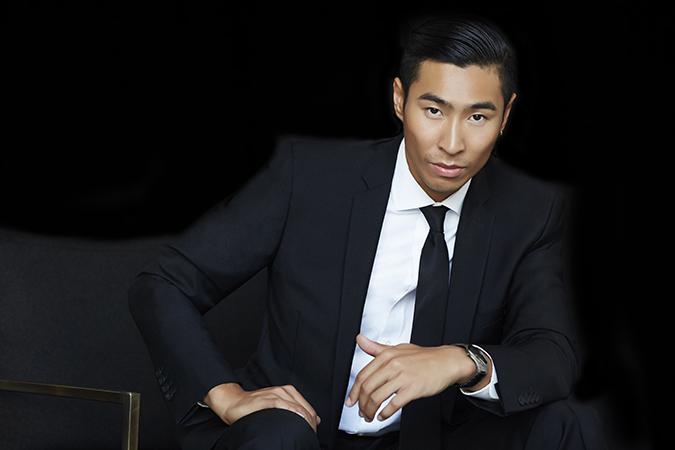 Has this movie opened more doors for you? What new projects should fans expect from you?

Chris: I definitely got a few Instagram followers so maybe it opens the door to one day be an Instagram influencer. No, I’m joking! But it has definitely opened doors to castings and projects I would previously not be considered for. I even got paid last month to go to an event and not even do anything—that’s new and crazy to me! With the opportunities this film has brought, I feel it would be a waste not to try to push the envelope further so I’m producing a film now, which is why I’m here in Manila.

Tell us more about your Asian roots and what you love most about your family's culture.

Chris: I'm Taiwanese-Chinese but born in Australia, so it's all kinds of confusing. These days I’m trying to break the stereotype, but honestly, my parents are walking stereotypes—they're both martial arts instructors. The struggles that Rachel faces when dealing with Nick's family in Crazy Rich Asians actually reflects [my parents’] love story in which my dad was not accepted at first by my mum’s parents and they tried to sabotage their relationship. Lucky for me, my dad fought on with his unbreakable martial arts-trained determination! I think that family values and traditions like respect and filial piety are the things I both love the most and sometimes hate the most about my family’s culture.

Filipino celebrity Kris Aquino was cast for a cameo in Crazy Rich Asians. What was it like working with her in the movie?

Chris: Kris is a personality! I feel like she’s actually the most qualified of all the cast to play a crazy rich Asian. She rolled in with enough crew to make a whole other movie on the side! I love how much support the local media have for their celebrities. I didn't spend too much time with her, but at the end of the day, I can say to everyone that Kris Aquino attended my wedding—even if it was just in a movie.

What's your favorite scene in the movie?

Chris: Colin and Nick have a heart-to-heart at one point in the film where they just level with each other. It's a turning point when the gravity of the situation becomes real and I love it for its realness… also because the two of us just got to hang out on a pontoon in the middle of the ocean drinking beers for a day to film it!

Which actors from the cast did you bond with the most?

Chris: I'm a lazy friend. If you live close to me or I can chill with you on Xbox from the comfort of my own couch, we’re gonna be great friends. It sounds corny and cliché, but we honestly are like family and are all so close. I hang with the CRA crew who are in LA the most—and then there's Remy Hii (who plays Alistair Cheng) who is a continent away but we are up 'til early morning hours playing games a lot. Even though the film is wrapped we have a Whatsapp group that continues on and provides love and laughs.

"With the opportunities this film has brought, I feel it would be a waste not to try to push the envelope further so I’m producing a film now, which is why I’m here in Manila."

Your film roles prior to Crazy Rich Asians involved a lot of stunts and action scenes. Tell us more about your martial arts background.

My parents teach martial arts so it was not something I pursued, but rather it found me. Actually, it was forced upon me. I was brought up in a martial arts family and a world where I thought it was just the norm, so I never had enough respect for the art to want to practice hard. Obviously, I regret that deeply now when I'm on sets like Crouching Tiger, Hidden Dragon 2 and trying to keep up with the stuntmen and fight choreography! I love doing action but it's not the art that I'm most passionate about. I prefer a good character and scene over a good movie fight any day. I'm just fortunate that I get to do a bit of both.

We heard you're here in Manila to film a movie with Filipina actress Rhian Ramos. Tell us more about it.

The film is titled Empty By Design and will be filmed entirely here in Manila. We hope to highlight and show off the city as well as Filipino culture to the world, but it's really just a selfish reason for me to experience the Philippines.

Is it your first time in the Philippines?

It's my first time being here for an extended period of time. Last time I was here for one week, [I was] just filming something and never had time to explore the city beyond having a shop at Greenhills. This time I've already seen more of the city and I'm loving it.

We're asking for the Cosmo girls: Are you single or in a relationship?

I'm a self-absorbed actor. I'm obviously in a relationship with myself. 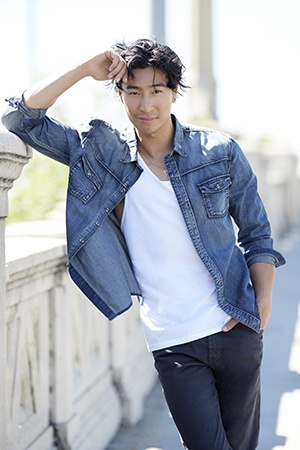