No love team, no problem. 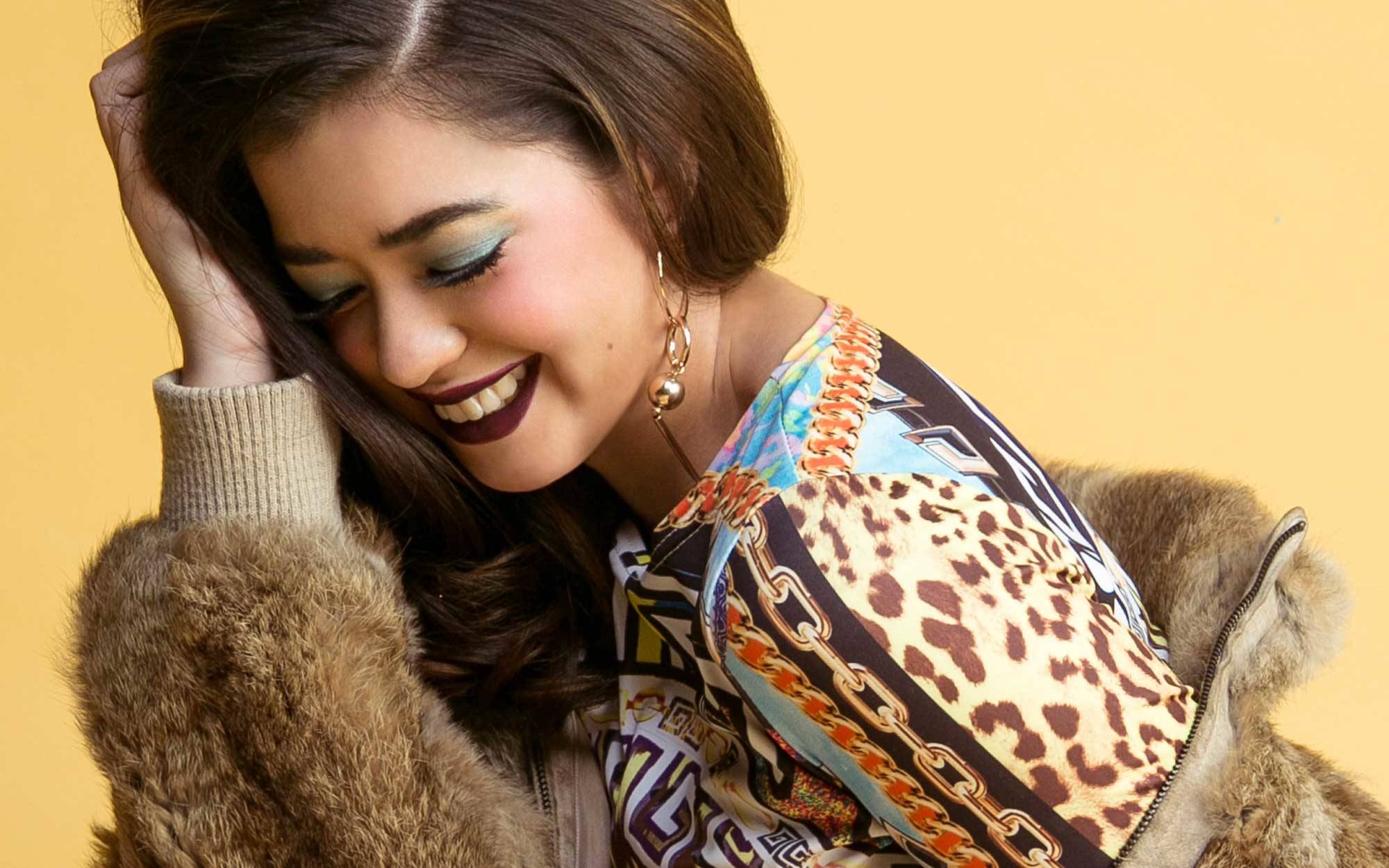 "Always be kind to everybody. Sa lahat ng tao."

There's a good chance you might have heard of the name Sue Ramirez but wondered where she came from.

No, she doesn't hail from a showbiz family, isn't a product of a reality show, and wasn't thrust into the industry as half of a popular love team. Sue is one of the rare breed of actors who took the less popular route to stardom and relied on what she has: her talent.

At 21 years old, Sue is not just "the girl who came between Angelo and Yna in Pangako Sa'Yo (PSY)" or "the girl in that Popoy-Basha movie." She's worked hard for her solid seven-year career marked by roles that tested her skills as an actress. 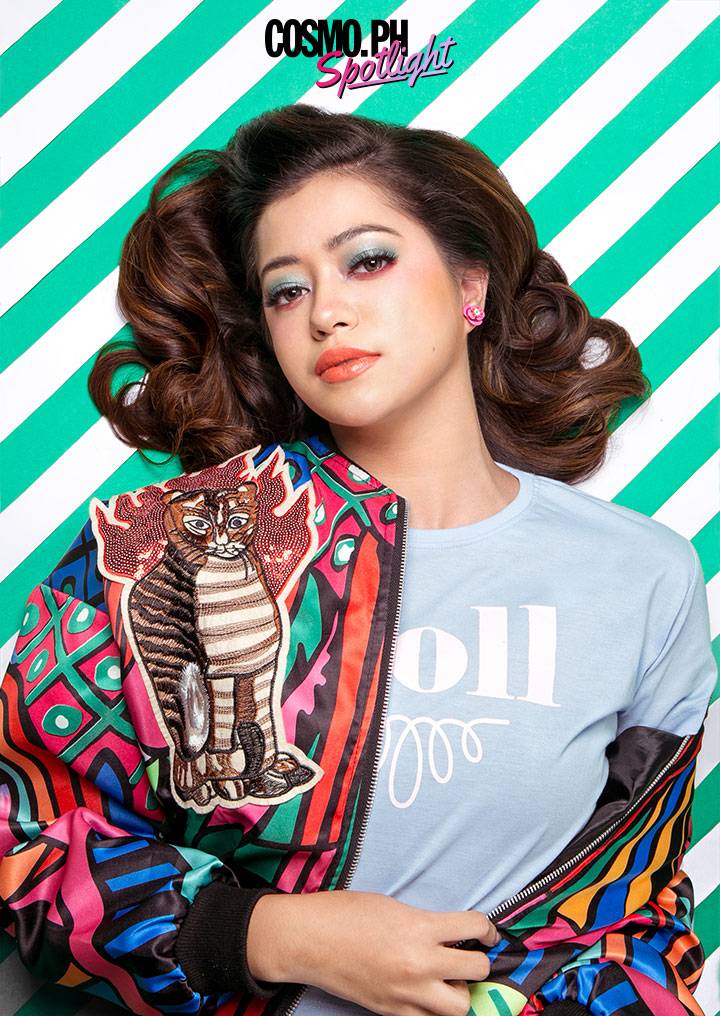 Born Sue Anna Karina Dodd to an American father and Filipina mother in Paranaque, Sue was raised in a very musically-inclined family. Like most Pinoys, her love for music is rooted in her family's karaoke tradition—"Pakantahin mo 'ko kahit saan, gagawin ko," she shares.

When asked if she dreamt of a life in the spotlight, she said, "No, I just tried it out. I just saw a commercial on TV that Star Magic was holding auditions. I told myself, 'Try ko kaya mag-artista.' I had no experience whatsoever. I was a regular student then. After I saw the commercial, I thought, 'Ano kayang feeling ng mag-artista?' And I did try out."

She told herself during her audition days: "Kung ibibigay ni God, para sa'kin 'yun." She fondly shared having gone to different go-sees with Coleen Garcia and some of the cast members of Goin' Bulilit.

But before fame, Sue was already a fan of the industry she now thrives in. "I remember before, Jake Cuenca and Gerald Anderson had a shoot in our subdivision. Nag-bike talaga ako para lang makita [sila]. Walang ligo at toothbrush—basta I had to see them," she divulged with a laugh. "'Di ko akalain na one day, I'd be living the same life. And at first, sobrang na-starstruck ako dahil wala akong kahit anong background other than seeing them on TV."

With a new primetime series on ABS-CBN, Hanggang Saan, with acclaimed actress Sylvia Sanchez and celebrated young actor Arjo Atayde as her co-stars, Sue continues to make a dent in the scene as one of the most reliable actresses of her generation. For this edition of Cosmo.ph Spotlight, we talked to the young actress about her love for music, acting, and her long-term showbiz game plan. 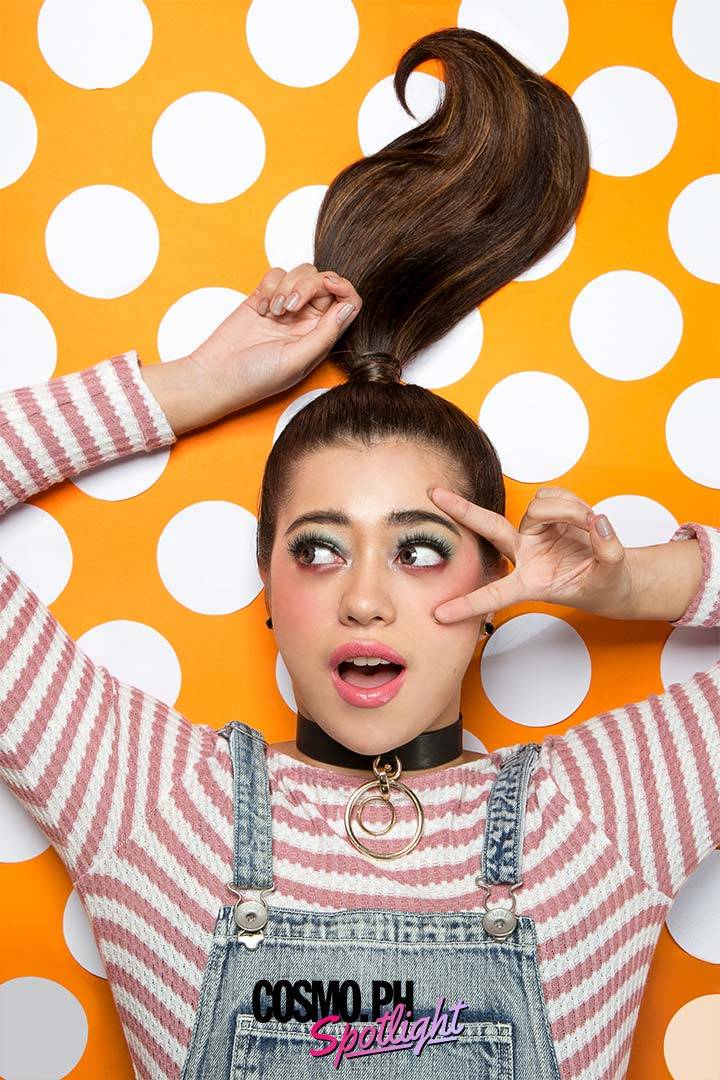 If you didn't enter showbiz, where would you be rn?

I'd probably be finished with my studies by now. I have this love for science, so I may have pursued something related to it. I've always been interested in biology, dentistry, and psychology. Ang dami kong gusto 'nung bata ako. Gusto ko mag-law. Gusto ko din mag-doctor. Pero may point din ako na naging pangarap kong maging cashier. Feeling ko 'nun, masaya s'yang maging career.

You said you've never pictured yourself as an artista before. What was your motivation to audition?

I have always loved singing when I was a kid, so I thought I would [pursue] it as a career. And in our household, since I was a mestiza, people were encouraging me to try it out. And then my father got sick. That pushed me even more. I wanted to help out with the expenses.

What have you learned after getting into showbiz?

That the real battle has just begun. I never auditioned for anything before, and somehow, when I saw the number of people auditioning [getting smaller throughout the selection process]—from thousands to just hundreds, [to just a few]—I realized that I wanted to finish this for my family and for myself. I never thought of giving up. And when I finally got in, ang daming kalaban. Kailangan ko talagang tutukan ang mga gagawin ko to make it.

When did you realize that you loved acting?

I never really knew that I had acting skills. I just remember that in an episode of Shoutout (a teen-oriented variety show on ABS-CBN), I was paired with Paul Salas and we had to recreate this Kim Chiu-Gerald Anderson scene in the movie Paano Na Kaya? 'Dun ko na-realize na marunong pala akong umarte at gusto ko pala itong gawin.

What's the most memorable role you've portrayed so far?

Back in 2015, I was chosen to play the role of Ligaya in the TV remake of Pangako Sa'Yo (PSY). I originally auditioned to play Bea Bianca and didn't get the part. Eventually, I was told to audition for this new role who will play the third wheel between Angelo and Yna played by Daniel Padilla and Kathryn Bernardo.

At first, I didn't want to audition anymore. Alam kong ang hirap ng pinagdadaanan ng mga dumidikit sa KathNiel (chuckles). But my road manager at that time convinced me to audition. I prayed and said, 'Kung para sa'kin 'to, ibibigay 'to ni Lord.' And He did. It was my first primetime show. Kahit na almusal, tanghalian, at hapunan ko ay pangba-bash ng mga KathNiel fans, this role really helped me a lot. It was one that is really closest to my personality. Playing Ligaya was so memorable because that's when I think my career took off. And I do thank Kathryn and Daniel for being with me in the process. 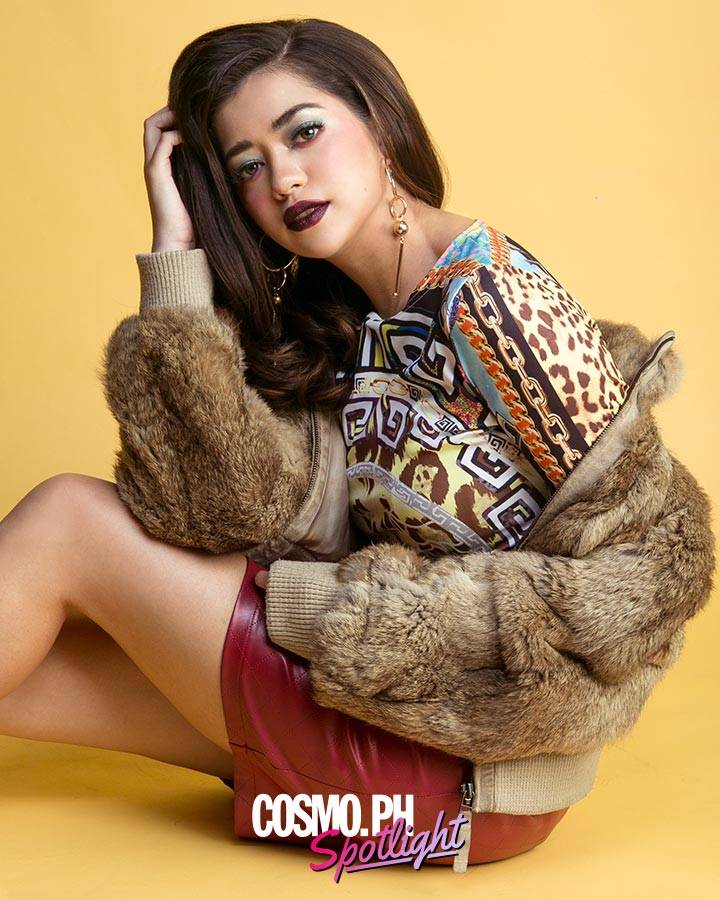 Back in high school, I was very athletic. I played a lot of sports—basketball, volleyball, badminton, and swimming. When I joined showbiz, I stopped doing all sorts of sports, so I think kapag action ang role, mababalikan ko ang athletic side ko.

When you played the role of Ligaya in PSY, you experienced a lot of bashing. Today, do you still read what people say about you online?

If there's one thing that I have learned in the business, it's to not read comments. Good or bad, those are their opinion. When you read comments, whether you like it or not, it will affect you. And the best thing that you can do is to just focus on your [craft].

How do you separate showbiz life from your personal life?

Diyan ako magaling (smiles). For me, there really is no showbiz life. Showbusiness is a business. It's a job. Hindi siya sinasabuhay. Buti ako, I [entered] showbiz late kaya nagkaroon pa ako ng normal childhood. And my mom would slap the hell out of me if I change. I am really thankful for my family for keeping me grounded.

You were raised in a family that loves music. How did they influence your musical career?

Our family loves karaoke. If we can just do karaoke, every day, we would. As a kid, I grew up listening to The Carpenters. Ang dami kong alam sa music because of my mom and dad. It goes all the way back to 1957—even 1935. Since I am the youngest in the family and kalat-kalat ang age difference ng mga kapatid ko, my interest in music really spans across generations.

If you were to choose between music and acting, what would it be?

Music has always been my first love. I can't even remember the first time that I sang. But I know, sobrang maraming magagaling kumanta. With acting, I don't do it just for fun. It is what sustains me. 'Di mo siya kayang paglaruan, mamahalin mo siya. I am just blessed that I get to sing while doing what I love for a profession.

When I joined Dolce Amore (with Liza Soberano and Enrique Gil), I played a musician. Then I [recorded] a song for the series' album, Inlab Na Inlab. I [also] got to cover the show's official theme song, "Your Love," and I was so surprised it went viral (the video has over 24 million views on YouTube).

After seven years in the business, is your career anything like you pictured it to be?

I can say, I am at that point in my career where I am always waiting to improve, day by day. I don't think I can say, "Andito na ako" or I will ever be able to say that. I just know that every day is a learning process. Every day is an opportunity to improve. Every day, I crave for something to learn.

Are there days when you just want to stop everything and just live a normal life?

When my father passed away, for a moment I asked myself, "What am I doing this for?" The reason I tried my luck was to at least help out with finances when my dad got sick. Growing up with him sick kept me motivated to help the family. When he was gone, it was hard. I was uninspired. But my mom talked to me and told me na pagbutihan ko. Then it dawned on me that I really love what I am doing. Hindi siya madali pero hinahanap hanap ko na siya.

What would you tell yourself seven years ago?

"Buti na lang naging patient ka." Sa industry na 'to, waiting in line from 9 a.m. to 11 p.m., I didn't feel na "uwi na lang ako." 'Di ko naramdaman na pagod na ako, nagugutom na ako, at mainit. There's something that pushed me to wait. And that is something that I am extremely proud of.

My mom has always told me, "Stay grounded." Never think that you are above or below anybody. Always be kind to everybody. Sa lahat ng tao.