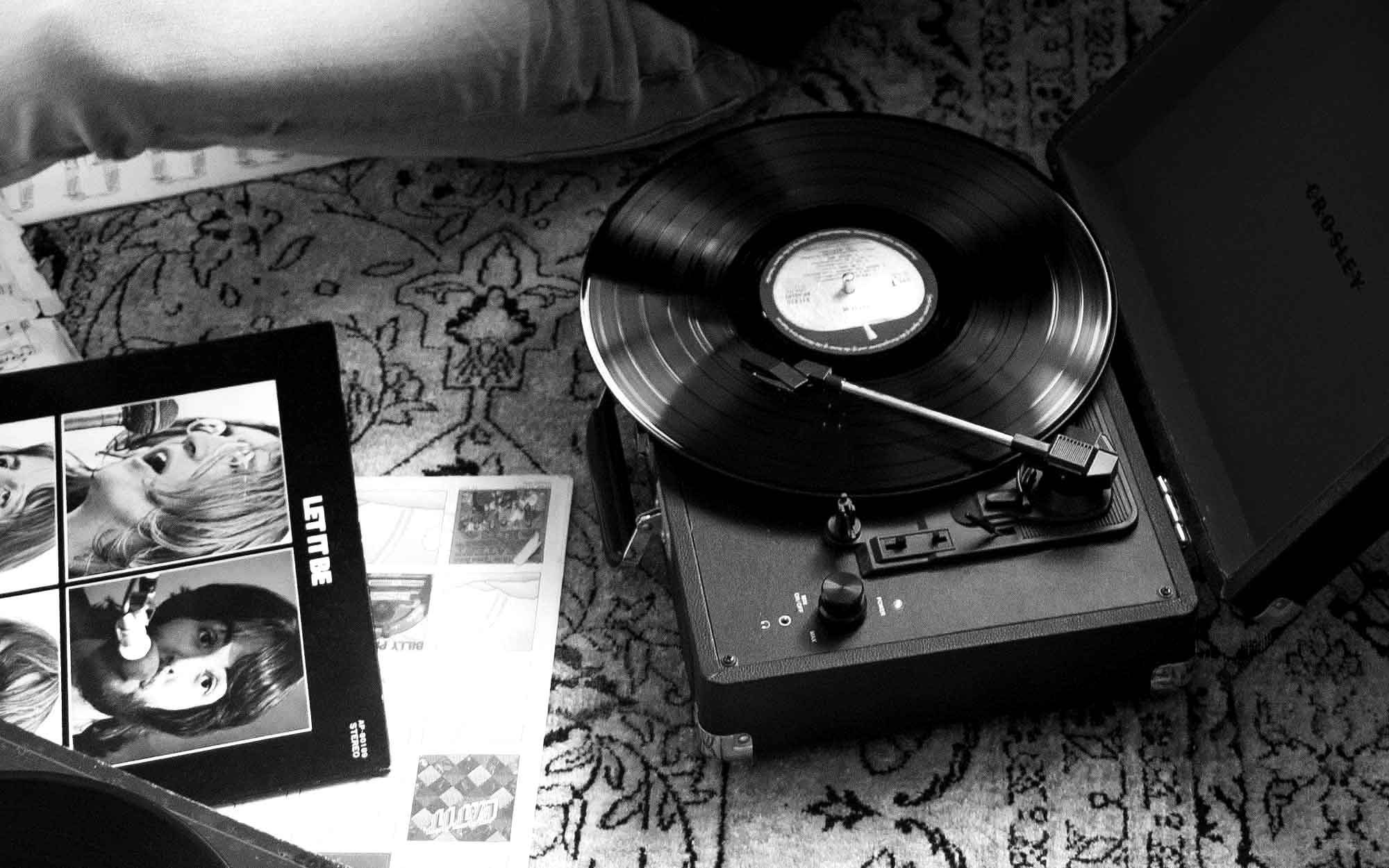 "We're a pretty free-flowing couple. We like a lot of moments."

In December 2015, Chynna Ortaleza and Kean Cipriano shocked everyone with a surprise civil wedding ceremony. Then, on November 7, 2017, they tied the knot for the second time in an intimate church wedding.

What most people don’t know, however, is that the two started planning their big day shortly after they officially became a couple. 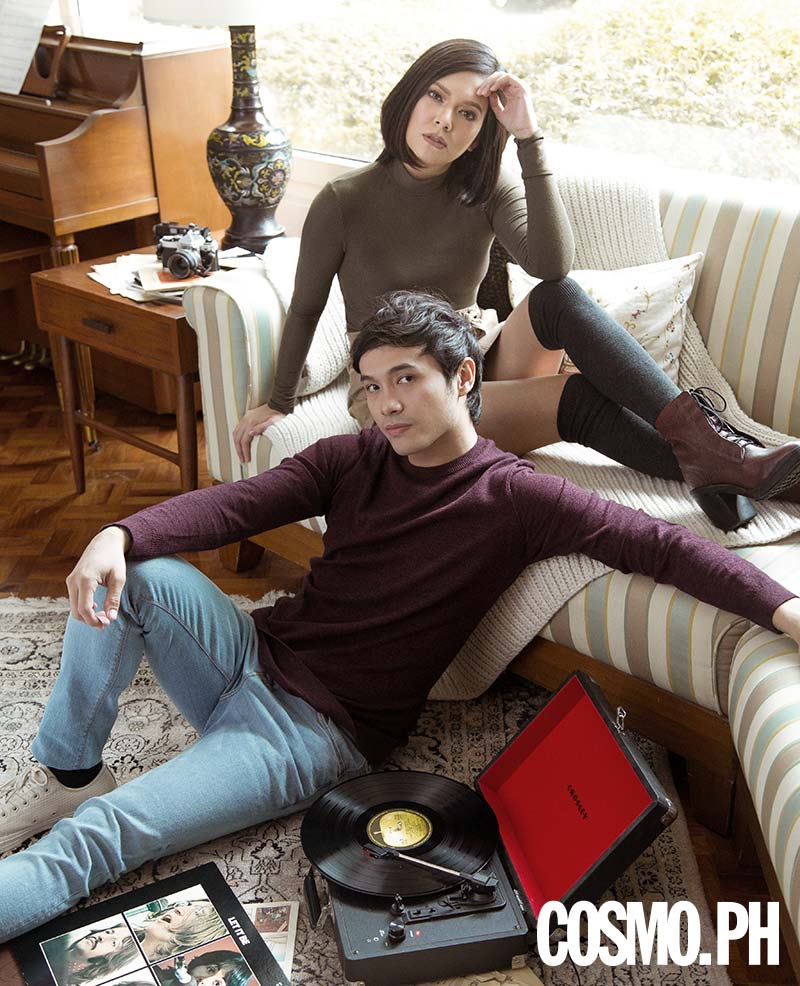 Kean and Chynna tried their best to plan a wedding the traditional way; Christine Ongte, their wedding planner, had a lot of suggestions. At their civil union, they only invited 40 guests; this time around, they considered having a big wedding. Chynna shared, “We were getting sponsorships from a lot of good-hearted people so we [thought] that would be easier for us. But after planning it that way for six months, nothing was flowing for me.”

“When we [plan] our events, mabilis lang talaga. I remember my original vision [of the wedding] was super intimate, so I had to really turn [things] around. I told my coordinator, ‘I’m dropping all the plans. We gotta have [another] meeting.’ [What I want] is really different from the formula they use now,” Chynna said. 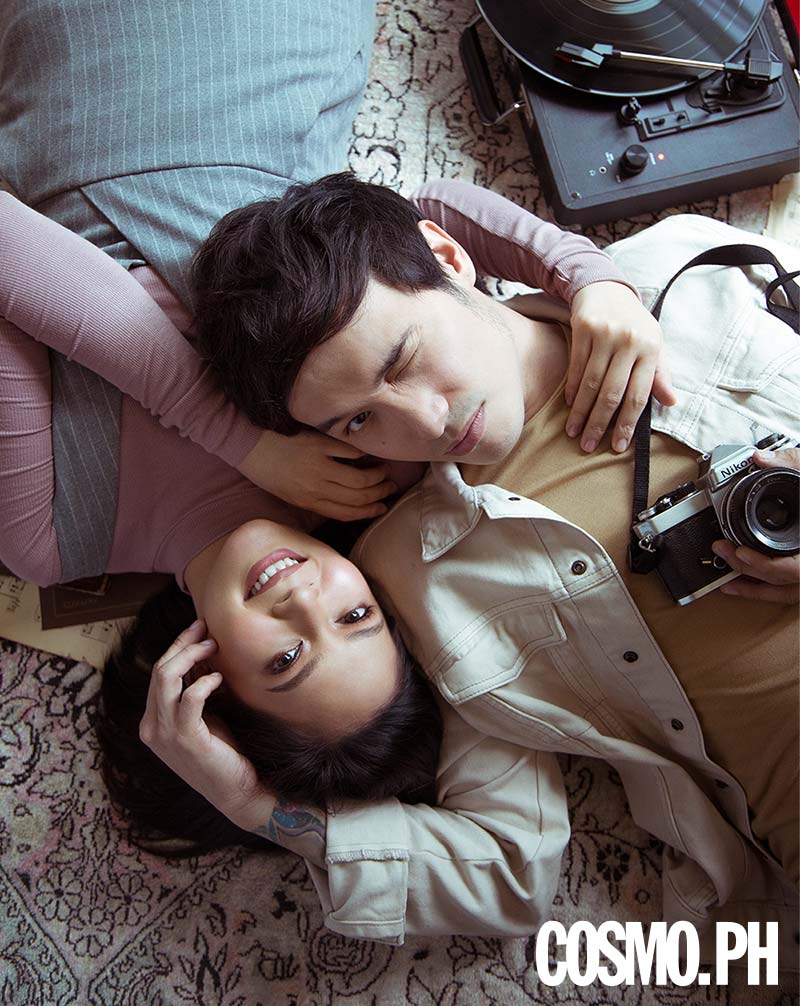 As for their roles in planning the wedding, it was a “collective effort”: “Our coordinators helped us, but the vision really came from the both of us.” Kean endearingly gave his wife most of the credit, though: “Siguro, 80 percent [of the wedding], siya ‘yung nag-asikaso. [While planning kasi], ang daming nangyari sa buhay ko. I’ve been working [a lot].” To which Chynna responded, “You know what, based sa ibang kwento sa akin ng other brides, you’re actually pretty hands-on for a groom ‘cause other men don’t even want to attend meetings! [Kean made] it a point to be there.”

All of Chynna's gowns were made by the late Pepsi Herrera ever since the actress entered show business. “One day, while I was walking in a mall, I saw [designer] Edwin Tan. I mentioned that I was getting married so sabi niya, ‘Sige, I’ll tell Pepsi.’ That same night, at Kean’s movie premiere, I saw Pepsi! He said, ‘Hey! I heard! I’ll make your gown, ha!’ But two weeks later, he passed away. Edwin told me, ‘Ako na tutupad sa pangako ni Pep.’ He was going through a lot, but he still agreed to make my gown and [Kean’s] suit, so I’m very thankful.”

Chynna walked down the aisle in a dove gray wedding dress: “I wanted something super comfortable. And I wasn’t sure about wearing a veil, but they told me I needed a little softness in my life, haha!” Kean opted to go for a classic, black suit: “Hindi naman kasi talaga ako laging naggaganun, ‘di ba?”

They asked their guests to wear semi-formal black outfits, and to be as comfortable as possible. The entourage also just wore pressed tops that said “Til death, we do ART.”

Chynna, On Being A Non-Traditional DIY Bride

“When I ask other people who got married, parang the whole event was a blur [for them]. I didn’t want that to happen. I didn’t want to miss the details, [which is] why I wanted the details to come from me…The wedding industry is a huge business. Sometimes, people get forced into going over-budget because they feel like they have no other option, but the truth is, you can do it on your own. You just need to give yourself some time to plan it.

Initially, they were offering me souvenir options, but when I saw the prices, I realized that we could do something that had more [sentimental] value. I made the place cards—rocks—and they each had their own design, so nothing is alike. When they turn it over, there’s art… The invitations [naman]… ‘di ba, dito, when you open a wedding invitation, there are so many cards inside. I just put one in ours—with artwork in the front and details at the back. No entourage list. No RSVP card. No map.”

Perhaps the biggest “wedding staple” Chynna passed on, however, is an elaborate floral arrangement: “The first thing I told Teddy Manuel was, ‘Your bride hates flowers.’” Of course, we all know now that Chynna walked down the aisle with a bouquet of plum—almost black—Calla Lillies, Cosmos, and berries. Staying true to what she likes, the church and reception area were all embellished with leaves, branches, and shrubbery.

On Their Wedding Non-Negotiable: “For us, it’s food.”

Kean and Chynna invited 76 of their closest family and friends: “We just wanted our guests to feast on good food and celebrate the day with us.” Their reception was held at Pio’s Kitchen. Here’s what Chin Bagis , owner and Executive Chef of Pio’s Kitchen, prepared for Kean and Chynna:

Signature welcome drink: “Sip the Cips!”, a non-alcoholic beverage made of elderflower, rosemary, cherry, lemon, and mint—topped with a spritzer.

On What Matters Most 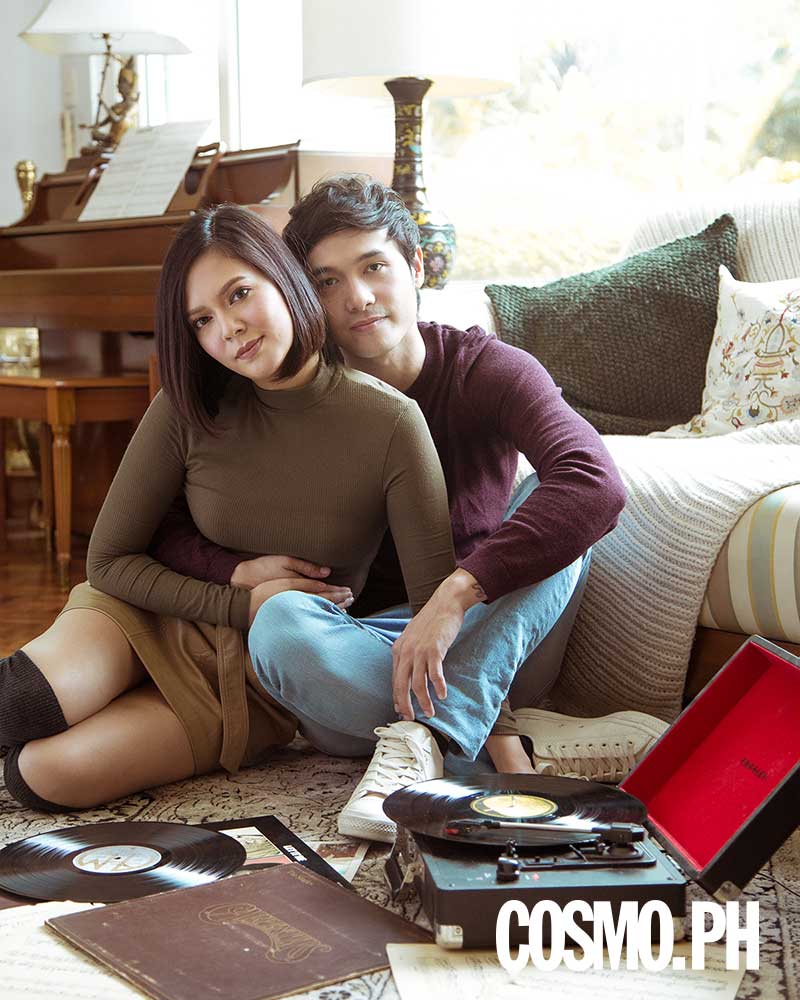 Chynna: Actually, our wedding planner had the hardest time ‘cause they were explaining to us that the reason why they have programs is because they need material for the Same Day Edit (SDE). The games are there so people can edit the video. But we’re not like that. I know mahirap ‘yung binato ko sa kanila, but I told them, ‘We’re a pretty free-flowing couple. We like a lot of moments. We don’t like to plan things. I act for a living; [Kean] acts for a living. You just need to capture moments for us.’”