'We're actually getting married. And there's no turning back.' 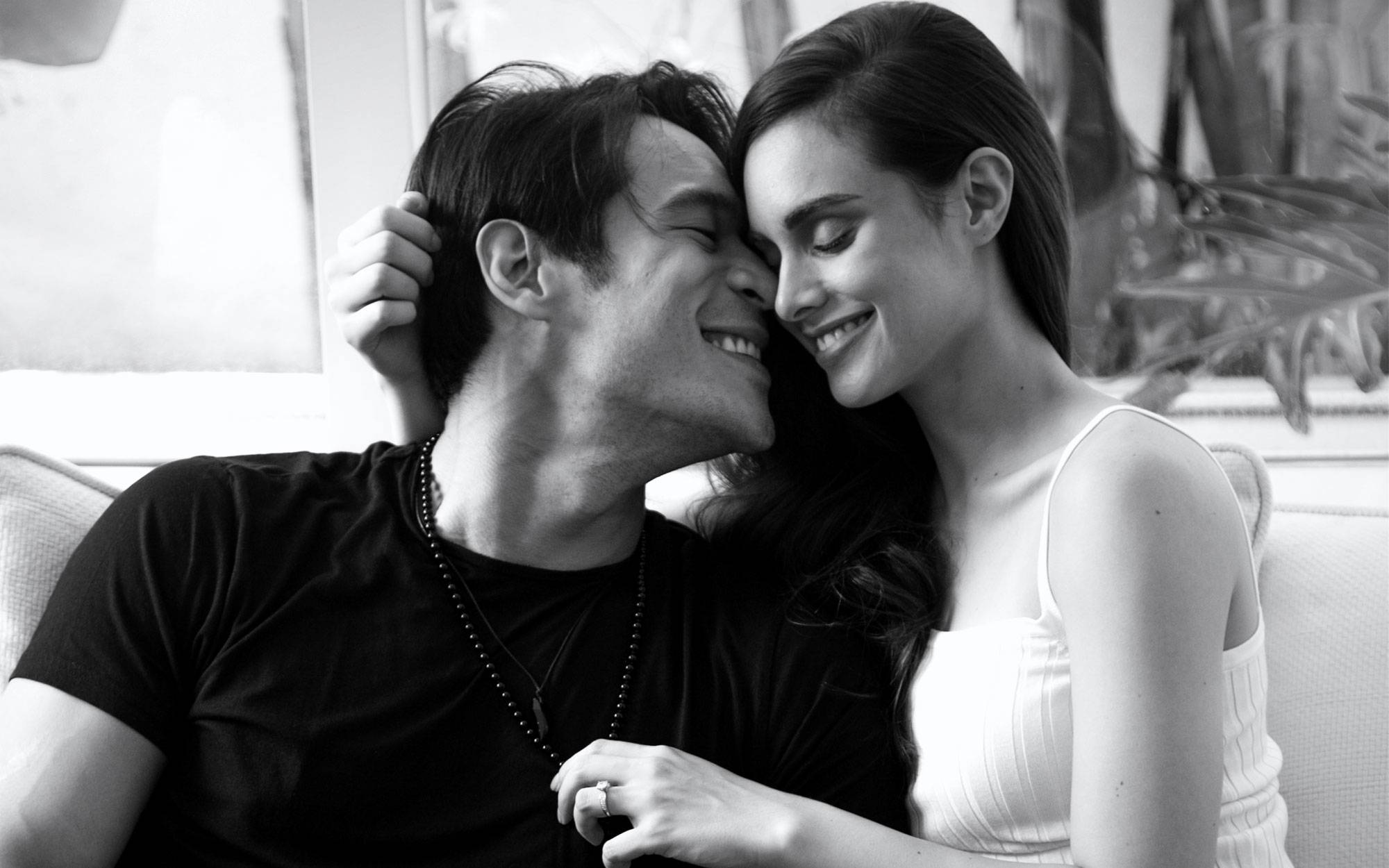 Isabelle "Max" Collins walked down the aisle yesterday with a twist—she went down a sprawling flight of stairs with all eyes on her, and two weeks before the wedding, she was terrified. "If I trip down the stairs—"

Her now-husband, Pancho Magno, finished her sentence, as all great couples do. "Tatakbuhin kita," he said almost immediately. 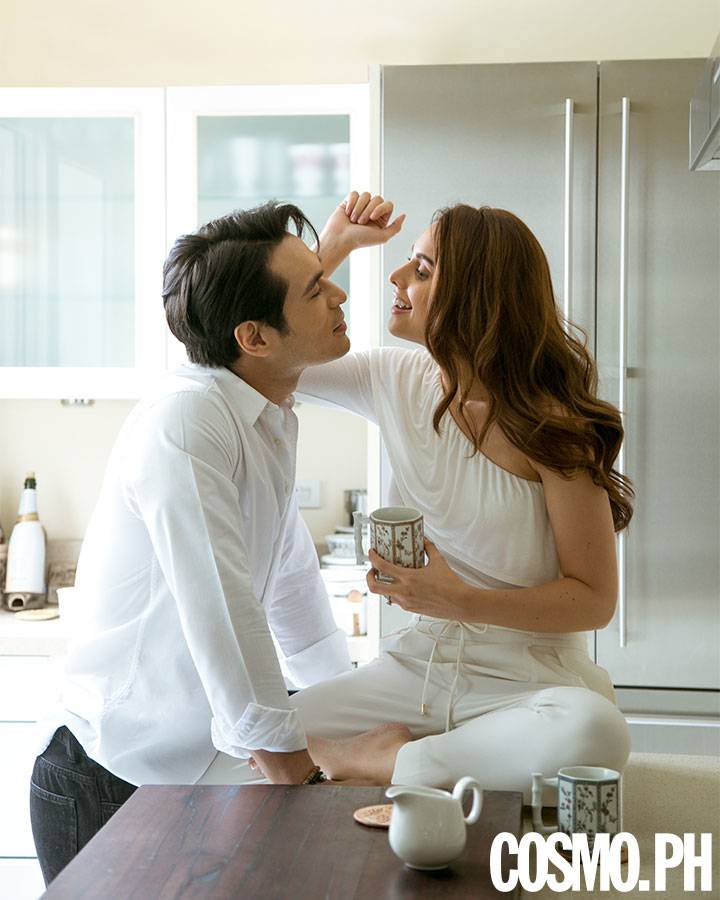 "Yes, you have to run and catch me," Max replies warmly. "It's going to be one of the biggest and most life-changing experiences for me. We'll be starting a new chapter together, and I'll be with him for the rest of my life."

As soon as the news broke that Max and Pancho had gotten engaged, the couple initially had difficulty in pinning down a theme. "Off the top of our heads, we just wanted a garden wedding. We wanted it to be super intimate, and then everything just changed," Max says. "It became something bigger because maraming tao na nagmamahal sa amin. So nag-iba 'yung theme along the way." According to Pancho, it was a trip to Paris that ushered them towards a eureka moment: "We went to Paris, tapos mayroong coffee shop 10 steps away from our hotel. Eh ang hilig namin sa coffee, brewed coffee. I said to Max, 'Oh, pwede tayong magtayo ng coffee and pastry stand, with bagels and cheese. Gusto lang namin celebration. We didn't want it to be so stiff and according to plan. Gusto namin, 'bahala kayo, sige, basta masaya tayo.'" The couple settled on a rustic French theme with lavenders, blush pinks, grays, and greenery dominating the wedding.

Schedule conflicts made it increasingly difficult for the couple to hash out wedding details. "The whole week, we only spend time on Sundays. We go to church, have dinner, and then the following day it's back to work. Sobrang inevitable siguro na nag-away kami," Pancho chuckles to himself, earning a playful bump on the shoulder from Max. "He was as involved as his schedule would permit, and he's been supportive of my decisions," she assures us.

Max and Pancho actually helped design each other's wedding outfits, which were both custom-made by Francis Libiran. "My gown by Francis is fully beaded with crystals and pearls. My original design was a little too sexy, but not intentionally—it just came out that way. So he began playing designer and sending me all these pegs. 'Mas maganda 'to, mas maganda 'to,'" she shares. "Ikaw din nag-send sa akin n'ung pegs ko!" Pancho remembers. He wore a blue three-piece suit and bow tie ensemble. The bridal entourage, on the other hand, dazzled in varying shades of pink and pale peach. Max finished off her wedding look with a custom-made pair from Shoepatos.

The couple wanted to bring the feeling of Paris to their wedding guests, and the best way to do this was with the food. "There'll be plenty of carbs, cold cuts, and cheese. We have 20 different kinds of cheese," says Max. "Steak, prawns, fish, macarons, croissants, baguettes. We have everything! We just want everyone to be full. I'm always hungry at weddings, so we don't want anyone to feel hungry."

Custom-made protea bouquets livened up the mood for the bridal entourage, and personalized prayer cards were given to each guest as a reminder of Max and Pancho's Christian background and their God-centered marriage.

On Breaking Away From A "Showbiz Wedding"

Given their burgeoning entertainment careers, Max and Pancho worked hard to keep the event as personal and intimate as possible. "We want it to feel intimate, even though it's a big wedding. We have about 300 guests, but we want it to feel like we're just with our best friends and that we're super relaxed," Max explains. "Knowing na we're in the same industry," Pancho begins, "Gagawin naming, 'Ah, kahit showbiz 'to, lalabanan namin 'yan. Nandito yung family namin, 'yung friends namin. You're invited, but not because [we know you from] the industry. We're inviting you because gusto namin kayong maging witness to our love." 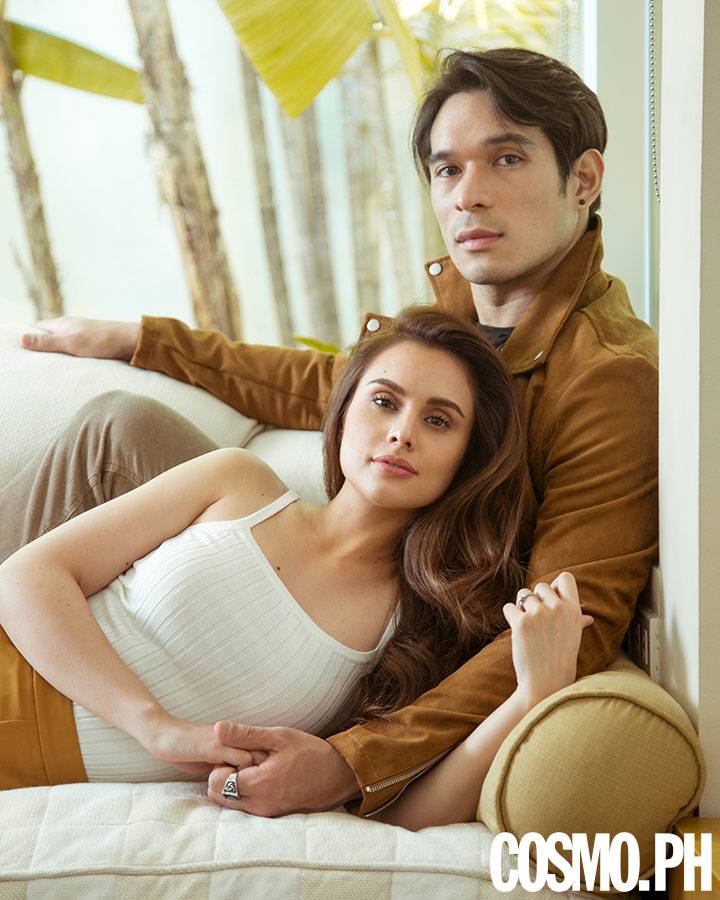 It appears the couple has gone to great lengths to go against the grain, from their rock-heavy, music video-esque prenup video, to their proud proclamation of their Christian faith, and most importantly, their decision to get married in the first place. "A lot of people ask, 'Why are you getting married? You're in showbiz. You both have your careers ahead of you,' but we're really proud that we decided to do this, even though it's probably not the best thing for our careers, because we love each other," Max asserts. Pancho nods; it's like she's taken the words right out of his mouth. "And we fear the Lord. That's also why we wanted to make marriage a priority," she continues.

And with that, a new chapter unfolds.