Cristine Reyes: One Bold Move After Another

Unfazed by controversies and criticism, Cosmo's Cover Girl continues to wow the public with her wise, fearless choices.
by Sharline Bareng | Aug 11, 2009
Post a Comment
Featured 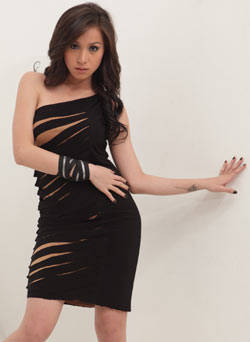 Cristine Reyes has done nothing but make bold moves in her career.

Everything would have been smooth-sailing from there, yet Cristine's path proved to be a bumpy one. Shortly after declining a role in GMA's Joaquin Bordado, the young actress started appearing in WoWowee with Ara, who had also left the Kapuso network at the time. Needless to say, GMA was not pleased with her stint.

It was only a matter of time before she finally confirmed her plans of moving to ABS-CBN, where she was immediately offered the title role of Eva Fonda, a remake of the 1976 film starring Alma Moreno.

"Eva Fonda was my most daring role to date," she tells Cosmo. In Eva Fonda, Cristine played a woman who struggled to pick up her life after she was raped in her local fishing village. PEP.ph praised her acting as "one of the most daring performances ever tackled by a young actress...pulled off with just the right sensuality."[nextpage] 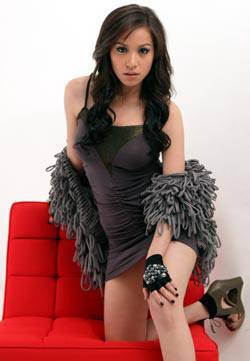 Her Eva Fonda stint was quickly followed by appearances in May Bukas Pa, another drama series, and a role in The Bud Brothers Series. Cristine also became a regular host in comedy gag show Banana Split.

Barely a year after her move to ABS-CBN, however, she was rumored to be signing deals with GMA-7. Throughout the negotiations, Cristine wisely refused to answer all questions related to the Kapuso network until she herself was sure of the details. Speculations of her return to GMA-7 ended only after PEP confirmed that she had renewed her contract with ABS-CBN last July 30.

While Cristine is now more known for being crowned as FHM's sexiest woman this year, she tells Cosmo that she's focusing on her acting career now. "I want to be not just a serious actress, but a versatile actress," she says. "Gusto ko 'yung mga roles na gagawin ko challenging talaga, 'yung mailalabas ang talent ko."