Bless: 'Game Of Thrones' Season 8 Finally Has A Premiere Date

Greetings! Welcome to your Tuesday, also known as the day HBO finally, finally, announced the premiere date for the eighth and final season of  Game of Thrones. You may now throw "early 2019" out the window and snuggle up next to the words "April 2019." In an extremely subtle move, HBO confirmed what we've long expected in the final seconds of this recap teaser of sorts, all under the sweet hashtag, #ForTheThrone:

Can't believe what you just saw? Here it is again: 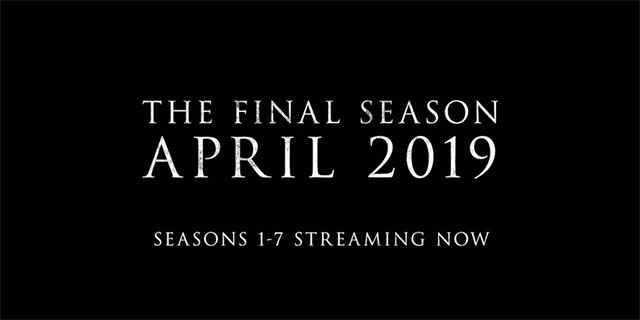 And here's the date announcement with a fun #TBT:

By now, you should be able to recite the key details of season eight to anyone who mentions dragons, Jon Snow, or George R. R. Martin's Live Journal: there will be six movie-length episodes; Jon and Dany are still very much together (or at least, cuddling at what appears to be Winterfell); there will be a giant action sequence involving the Army of the Dead; there will be prequels to catch us when we’re still weeping over the finale.

See you in April!