Get To Know The World's Most Eligible Bachelors!

Every June, Town&Country Philippines releases its Men's issue, where readers can find local and international lists of the top 50 bachelors. The featured men are not just good-looking. They’re also extremely talented, stylish, athletic, or generous.

Here are some faces you’ll be dreaming of!

This food and travel lover is on the cover of T&C! In the issue, his sister Solenn Heussaff pens the writeup.

Mike is the co-founder of the eyewear space Ronnie & Joe. He is into photography and has been an entrepreneur since he was 16 years old.

He can act, sing, and dance. He’s one of the country’s most coveted actors! And one of the most-talked about during last year’s Cosmo Bachelor Bash.

He’s an entrepreneur and app developer. The restaurant app Booky is one of his most downloaded creations.

His mom is senator Grace Poe-Llamanzares! Brian graduated from Ateneo de Manila University with a degree in political science, and helped out in his mom’s campaign during the 2013 senate race. He is currently working for CNN Philippines.

Charlie has modeled for Dunhill and Hugo Boss. He’s also an excellent violinist! Can’t believe it? Listen to him rehearse.

Selfie with a fan pic.twitter.com/EgOPbPq1qB

For the movie Whiplash, this actor was able to learn jazz drums in only two months! Talk about commitment and skill.

He’s a model and shoe designer! He plays soccer, too.

Nic is one of the best and most good-looking polo players out there. He’s been playing the sport since he was 5. Giddyup! 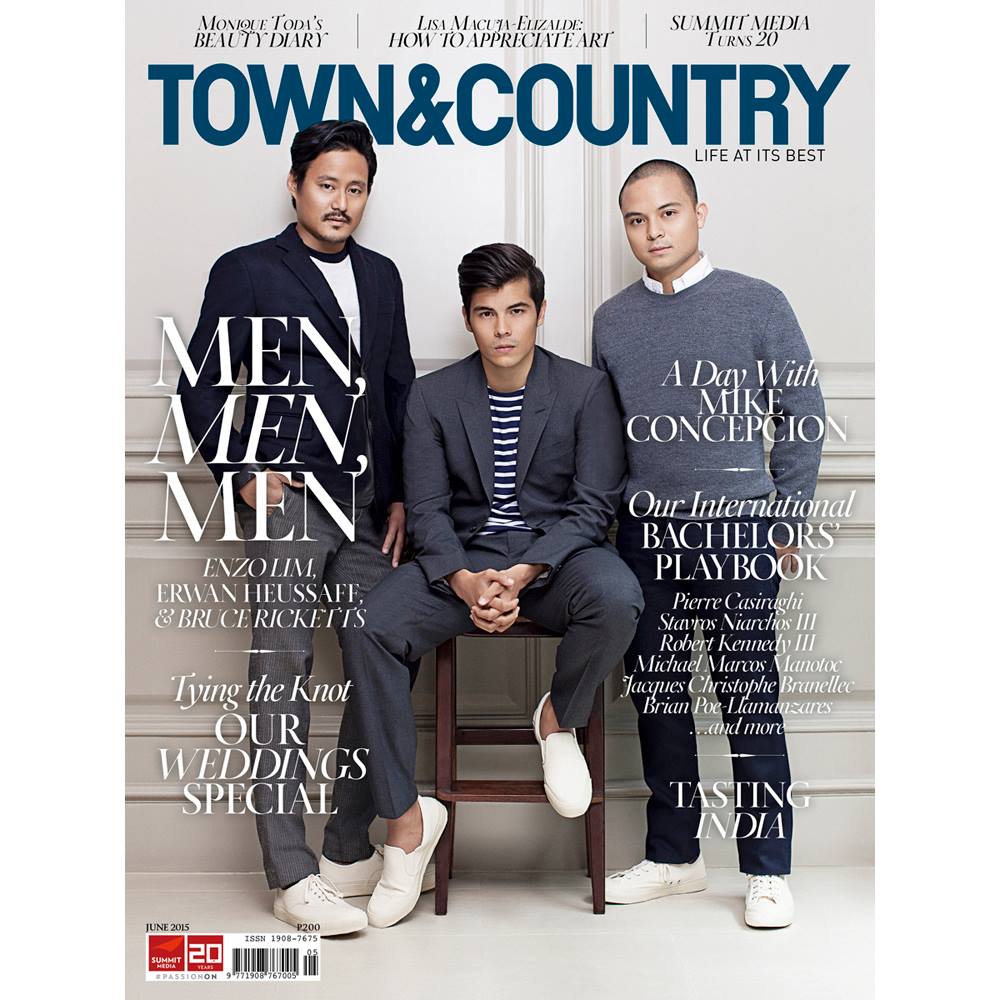 For more handsome faces (and boys you can bring home to mom and dad), download the June issue of Town&Country here!