Hailey Baldwin and Justin Bieber have really been stepping up their Insta presence lately: First, they posted some very ~steamy~ make out shots, and then Justin commented "u turn me on" on Hailey's latest pic, which was...a lot. Anyways, the couple also just took 'Instagram official' to the next level, because last night Hailey changed her Instagram name to Hailey *Bieber.* 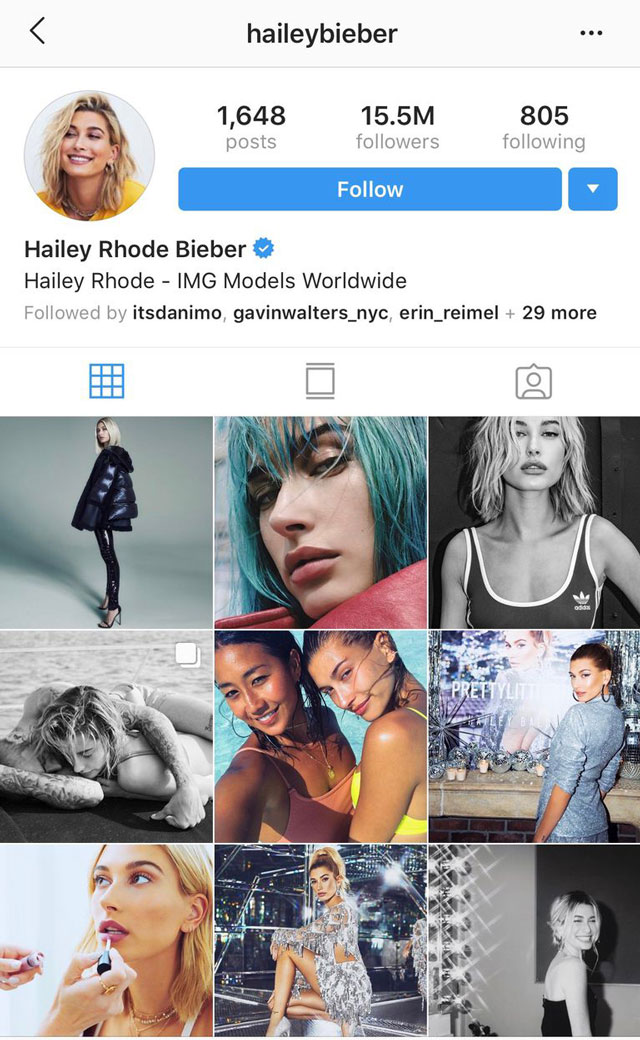 And yes, I know that they are married, but this public-facing name change seems like a big step, no? (And TBH, it's the least she can do after he got a face tattoo for her...)