An Honest Review Of 'Citizen Jake'

It's time you get to know one of the best filmmakers of Philippine cinema. 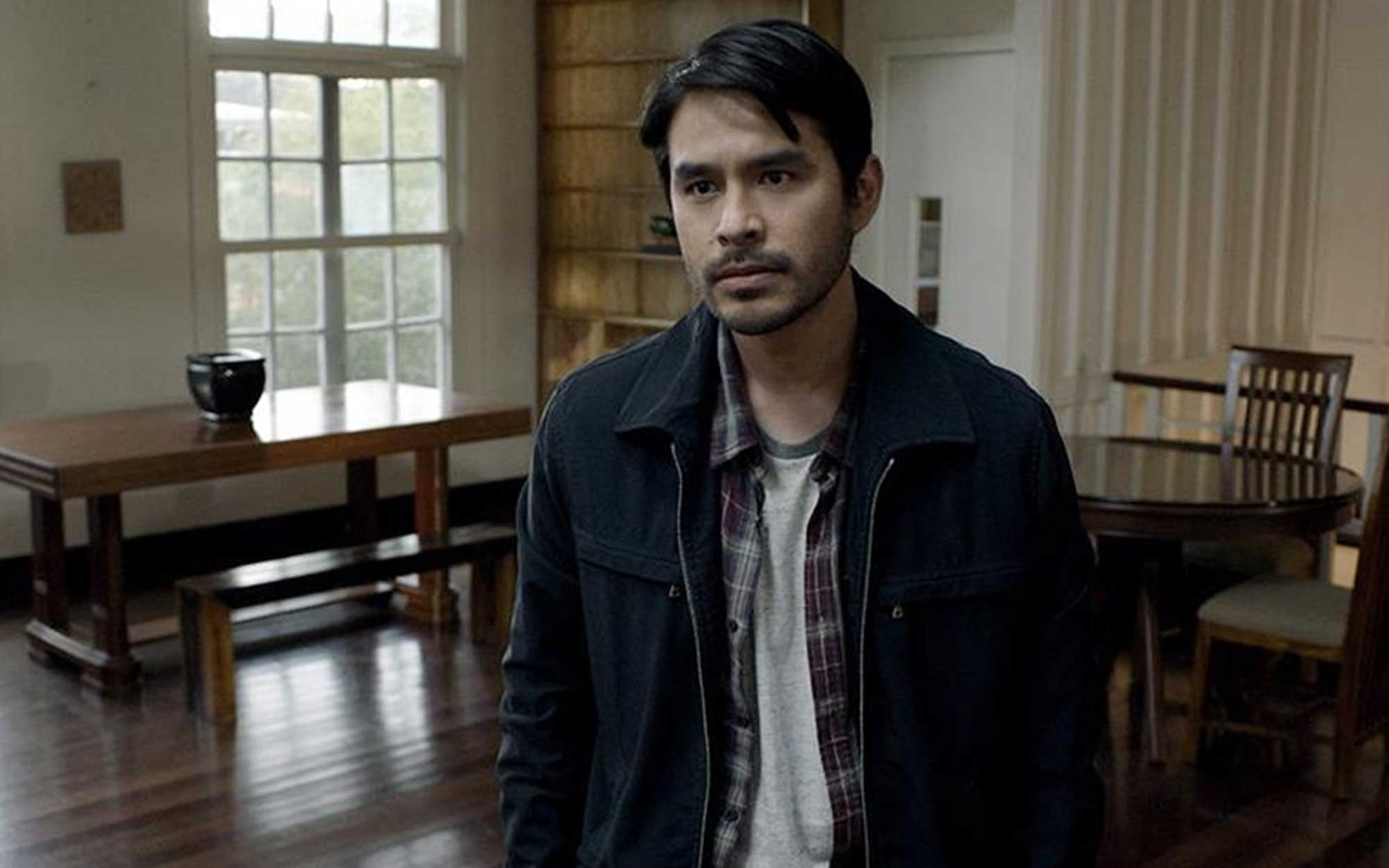 In a sense, we are all Citizen Jake.

If you think the trailer of Citizen Jake will tell you everything you can expect from the film, you're wrong. The multi-layer and multi-faceted movie has unpredictable plot twists and subplots to keep you on the edge of your seat for the entire 2.5-hours.

Protagonist Jake Herrera is a "citizen journalist" and political blogger who happens to be the estranged son of a powerful but shady Philippine senator, Jacobo Hererra Sr. (Teroy Guzman). Driven by his disdain for his father, Jake (Atom Araullo) escapes to Baguio City. But when his girlfriend and co-teacher, Mandy (Max Collins), pressures him to investigate the brutal killing of one of their college students, he discovers much more.

Yes, it's a long movie, so bring lots of popcorn and make sure you take one big bathroom break before it starts, because you wouldn't want to miss any second of Atom Araullo—err, the entire movie. It's a political family drama with a mix of factual and fictional elements. Deciphering which ones are facts depends on how well you know our history, culture, and current events. In case your knowledge is rusty or tainted by fake news, don't worry, the characters will remind you of the facts through their witty lines, multiple jabs, and half-meant jokes.

The Director And Main Actors, And Where You Last Saw Them

This legendary director proved that he hasn't lost his touch after a 19-year hiatus from the film industry. For the young millennials: Mike De Leon is known for his poignant films in the '70s and '80s, such as Kung Mangarap Ka't Magising (1977), Kakabakaba Ka Ba? (1980), and Batch '81 (1982). His last film prior to Citizen Jake was 1999's Bayaning Third World. Mike's knack for storytelling shines in his comeback film.

For the last few years, Araullo not only made his mark as a talented broadcast journalist in the Philippines but also earned heartthrob status for obvious reasons. He left ABS-CBN last year to pursue other opportunities, such as AXN's travel show, Adventure Your Way, and his first acting role in Citizen Jake.

The newly-married actor is a regular in TV shows and series such as Ipaglaban Mo, Maalaala Mo Kaya, The Greatest Love, and Magpakailanman. For Citizen Jake, he transformed into the role of Jonie, Jake's childhood friend and Baguio Wright Park "pony boy."

Coming from a clan of great actors, Gabby Eigenmann is a regular in TV shows such as Magpakailanman, Dear Uge, and Alyas Robin Hood. He fits well into the role of Jake's atrocious older brother, Congressman Roxie. His Godfather-obsessed character provides much of the comic relief throughout the otherwise heavy script.

Despite being busy with her regular TV projects such as The One That Got Away and Magpakailanman, Max lends her acting prowess as Jake's love interest and co-teacher, Mandy. CGs, prepare to feel extreme pangs of jealousy as you see your beloved Atom onscreen with the beautiful Max.

One of the masters of Philippine theater and film, Lou Veloso's career has spanned decades. We constantly see him in theater shows, films, TV shows, and even Hollywood titles such as Bourne Legacy (2012). In Citizen Jake, he plays the role of poet-professor Lucas, who survived the tortuous Marcos regime. His character will remind you of your brilliant but eccentric college professors with first-hand stories more valuable that those you’ve read in history books.

The remaining stellar ensemble needs to be credited, even if their roles are smaller than the main actors—Cherie Gil, Dina Bonnevie, Richard Quan, Victor Neri, Allan Paule, Nonie Buencamino, Anna Luna, Elora Españo, Cholo Barretto, Raquel Villavicencio, Nanding Josef, and Ruby Ruiz. They were each memorable in the characters they portrayed and helped polish the film.

Setting aside the Cosmo Girls' collective crush on this journalist, my biggest question before watching the movie was, "Can Atom Araullo act?" The answer is yes. Who would have thought that there's so much more potential lying underneath this journalist who we are used to seeing as a TV reporter and host? While there is still room for improvement, especially with his tear-jerking dramatic scenes, Atom gave it his all. Director Mike De Leon also did a great job focusing on Atom's strengths and panning away from his weaker moments.

Citizen Jake is more than just Atom the heartthrob. It's also about Atom the film writer and actor. Most of all, it is about a courageous film that tackles our country's present and past issues with a controversial script that I predict will not be taken lightly by minds heavily tainted with fake news and historical revisionism. Fellow journalist Howie Severino said it best when he talked about the issues Jake's character is facing: "The creeping return of dictatorship, the rehabilitation of the Marcoses, and technology's assault on our collective brain." In a sense, we are all Citizen Jake.

I pray that Citizen Jake finds its way to mainstream theaters without getting vetoed by the present-day Roxies and Jacobos. For the millennials too young to remember any Mike De Leon film or those who weren't even born during the era of Sister Stella L. (1984), it's time you get to know one of the best filmmakers of Philippine cinema.

"Mike De Leon's Citizen Jake is a brave and relevant piece of Filipino cinema. I'm obsessed with Mike De Leon's body of work. I never thought I'd be able to see a Mike De Leon movie on the big screen (save for that time I caught a restored version of Kung Mangarap Ka't Magising a couple of years back), and I'm glad to see that the master has not blunted his edges—pulling unflinching performances from Atom Araullo and the rest of his cast." —Anton D. Umali, editor-in-chief of FHM.com.ph

Every college student and thinking adult. Whatever role you play in society, this movie will elicit your deepest reactions. We expect this movie to trigger a barrage of trolls, hostility, and intellectual discourse (hopefully more of the latter), but we believe the cast and crew of Citizen Jake have been ready for that since day one.

Citizen Jake will have a public screening on March 13 and 23, 7 P.M. at UP Diliman's Cine Adarna. For updates on other screen dates, visit their Facebook page.