An Honest Review Of 'Never Not Love You'

A loveteam-led romance, all grown up. 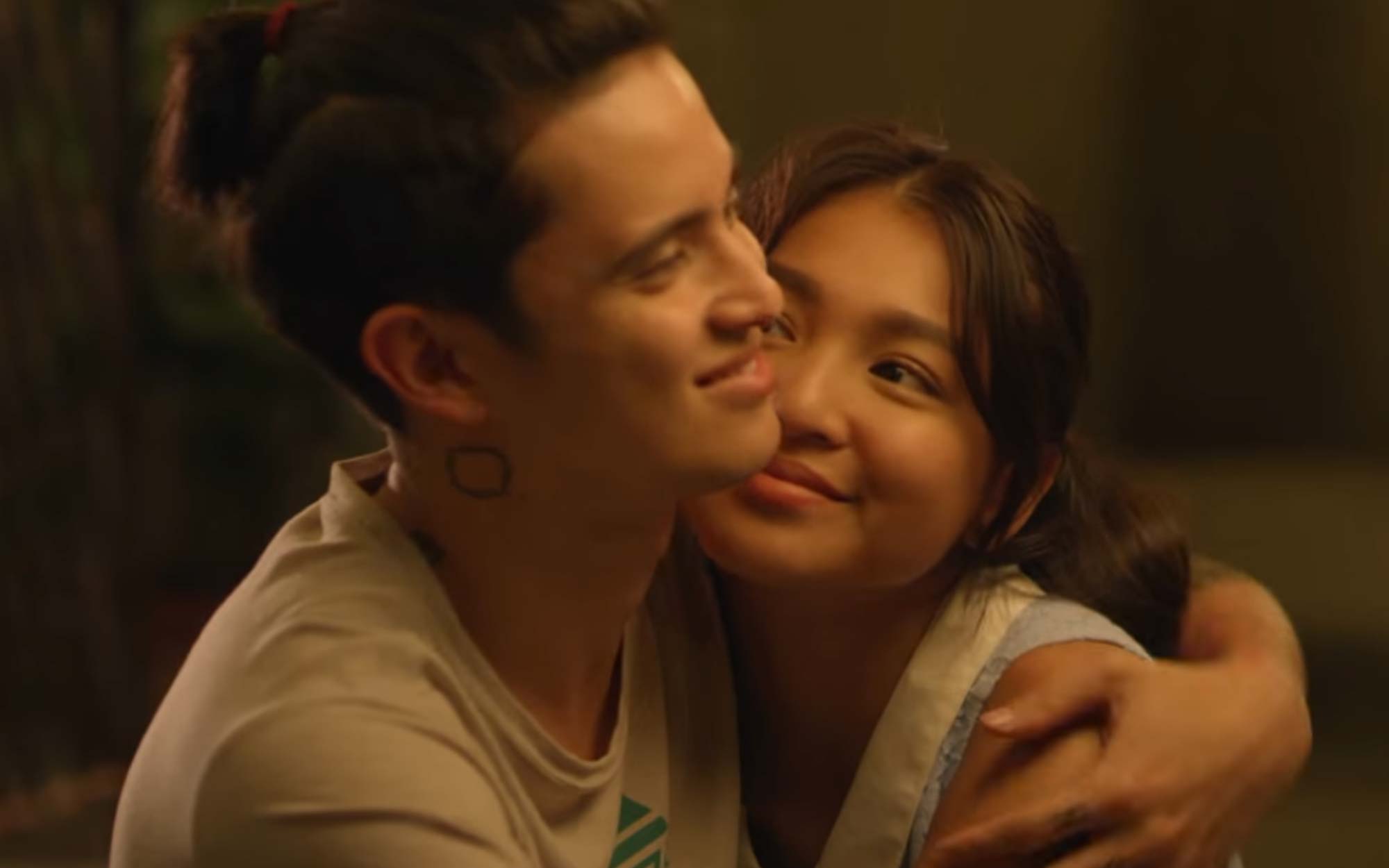 It's about what happens after a rom-com's happily ever after.

Joanne (Nadine Lustre) is a small town girl working in the big city as a marketing associate when she crosses paths with carefree graphic artist Gio (James Reid). They fall in love and experience the thrill of youth, promise, and an adult relationship. A big work opportunity for Gio shakes up their little life together. With real life and responsibilities coming at them, they make choices that could make or break their relationship.

It's a movie about what happens after a rom-com's happily ever after; after the wooing, the will-they-won't-they, and the kilig-inducing scenes are done and all that is left is real life.

Nadine has been in the business since she was nine years old, with her big break coming 12 years later as one half of loveteam JaDine. Along with James Reid, she has been in romantic films like This Time and Beauty and the Bestie as well as the TV show Till I Met You

James got his big break after starring in Diary ng Panget with Nadine, and has enjoyed box-office success as the other half of JaDine. He's also a popstar having released three studio albums in five years. He will next be seen in the movie Miss Granny with Sarah Geronimo.

Sharmaine is a TV actress, recently seen performing various roles for anthology shows like Ipaglaban Mo!, Maalaala Mo Kaya, and Magpakailanman, among others.

Yayo is a film and TV actress. Before Never Not Love You, she was in All of You, Kiko Boksingero, and Finally Found Someone.

Adrian, who used to go by the screen name Luis Alandy, is an actor and model most recently seen in the film Citizen Jake and the TV show Asintado.

If you're expecting kilig, you better look elsewhere. The rom-com part of Never Not Love You is the first 15 minutes, with the film's funniest line coming from James asking for mustard in a Jollijeep. The rest of the movie is about growing up, making adult decisions, and being young Filipinos living independent lives.

The characters that Nadine and James portray are very stereotypical. She's an all-work-no-play barrio lass who moved to Manila looking for a steady job so she can provide for her family. He's an Amboy whose privileged upbringing gave him little urgency to earn a steady paycheck—and he's a bit of a jerk. Just because they're stereotypical doesn't mean they're not realistic. Actually, Antoinette Jadaone's screenplay uses these stereotypes to show real-world implications.

Gio (James Reid) got a graphic design work in London without even trying. Joanne (Nadine Lustre), despite being capable and hard working and experienced, could only get shift work. It's so real that you don't find yourself wanderlusting after London at all (the movie made me want to go on a quick weekend trip to Zambales, if anything). The story even touches on racism very naturally.

The romance wasn't very compelling; it was so real that it was barely cinematic. Nadine and James worked very well as lovers because they've been in love with each other in so many other films. In Never Not Love You, they've both grown up as actors and as a loveteam that they've earned the right to see one of their love stories through. Watching them fall in love, manage a long distance relationship, and work out their relationship while life was happening to them was the most tedious part of an otherwise really strong film.

I thought the best part was how the movie showed two very different people having very different dreams and the film treating those dreams to both be valid. He isn't impractical to want to be a graphic designer in London, and she isn't uncreative for wanting to climb the corporate ladder, build her parents a house, and buy a car.

Anyone who's craving for a little more substance from local romance films. I also recommend it to anyone unfamiliar with Nadine Lustre's work because she delivers a strong performance.

Lastly, I highly recommend the movie to young folks torn between big dreams and realistic goals. The film does a really good job of recognizing that all dreams are valid and worth chasing after, not just ones that make you famous or take you abroad.