An Honest Review Of 'Solo: A Star Wars Story'

It's basically a heist movie set in a galaxy far, far away! 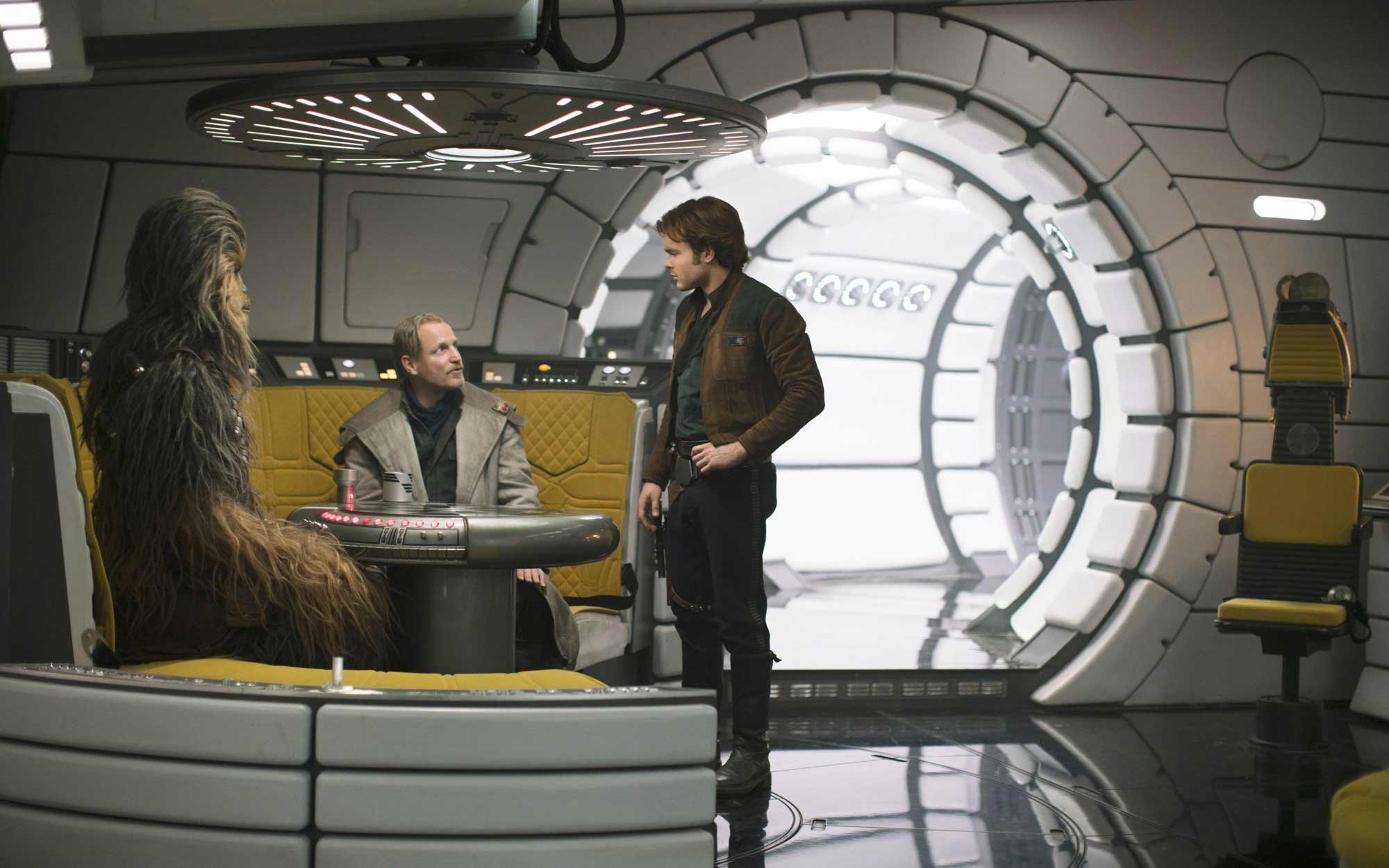 Through a series of daring escapades deep within a dark and dangerous criminal underworld, Han Solo meets his mighty future co-pilot Chewbacca and encounters the notorious gambler Lando Calrissian, in a journey that will set the course of one of the Star Wars saga's most unlikely heroes.

It's basically a heist movie with thievery, cons, bets, and high-speed chase—set in a galaxy far, far away!

Lucasfilm is fond of casting relatively unknown actors as leads in the Star Wars movies, and this is no exception. Alden appeared in various movies and shorts over the years, as well as TV shows like CSI: Crime Scene Investigation and Supernatural, but it looks like this is the role that will make him a household name.

Fans of Community know him best as Troy Barnes, while music aficionados are currently raving over his (well, Childish Gambino's) latest music video, "This Is America."  He's also making waves on his current TV show, Atlanta, which he co-writes with his brother Stephen.

Your parents might know him best from '90s movies like White Men Can't Jump and Indecent Proposal, but you probably know him best as Haymitch from the Hunger Games movies.

Best known as the Mother of Dragons, Daenerys Targaryen, on Game of Thrones, she was also in the films Me Before You and Terminator Genisys.

Fans of British TV shows might remember her as Abby Thompson from Broadchurch.

He made his screen debut as Chewbacca's stunt double in The Force Awakens, and he reprised the role in The Last Jedi.

Her big Hollywood break came when she starred opposite Tom Cruise in Mission: Impossible II, and now she's making waves as the cunning Maeve Millay on HBO's Westworld.

From leading roles in movies like Priest and Legion, he went on to play Vision in the Marvel Cinematic Universe, most recently in Avengers: Infinity War.

The nice thing about the "Star Wars Story" movies is that they provide an interesting context for details that fans have been wondering about for years. Rogue One is the answer to how the Rebel Alliance got the Death Star plans. Solo is Han's origin story, explaining his relationships, his motivations, and even his reputation.

You could call this movie When Han Met Chewie or When Han Met The Falcon. There are so many moments that tease towards scenes or lines of dialogue from the Original Trilogy, and those had me squealing with delight, applauding, and sometimes nearly jumping out of my seat!

While many people were super excited to see Han and Chewie, I have to admit it was Lando Calrissian I was really waiting for. I was so happy when Donald Glover got the role, and I was absolutely thrilled to see that he did not disappoint.

Beyond the nostalgia and the fan service, there are fun and interesting new characters too, many of them bad-ass females. Ladies, play close attention because you might want to dress up as Qi'Ra or Val for your next costume party—they're just that much fun, and their costumes are pretty fab!

"The good: There are lots of Easter eggs for long-time fans, especially those who followed the Expanded Universe (now called the "Legends" line). I had a lot of fun during the "Aha!" moments. The movie also addresses some inconsistencies in the original movies.

In general, Solo was a fun heist film set in the Star Wars universe. It felt great seeing how Han and Chewie's friendship was formed.

The bad: As a film, it was unnecessary. I don't think it addressed anything that I (as a Star Wars fan) needed to know." —Macy, Commanding Officer of the Bagong Pag-Asa Base, Rebel Legion

The casual Star Wars fan, or even people who wouldn't call themselves fans. It's definitely more enjoyable if you've seen the rest of the saga and you know all the tiny details of the familiar characters, but if you haven't, it's still plenty of fun. The cast is incredibly charming, the dialogue is pretty hilarious, the action is lots of fun, the chase scenes are breathtaking, and the costumes are gorgeous!