Luckily, for all of you who put your hand up, I have just the thing for you. And for the rest of you… stop being so miserable and embrace the love yeah?

Ryan, has revealed the exact moment he knew 29-year-old Blake was The One. Asked by GQ magazine, when he fell for his now-wife Blake, the Deadpool actor said, "Probably after the sex."

Now he says he was joking, but was he? Was he really joking? Either way, Ryan went on to tell, the "true" story and it is like an actual scene out of a rom-com.

"No, we were hanging out at this little restaurant in Tribeca that's open really late, and this song came on and I was just like, 'Want to dance?'" he recalled. "No one was in there, so it was just totally empty. And it was just one of those moments where halfway through the dance, it was like, 'Oh, I think I just crossed a line.'

"And then I walked her home. And, uh, you know, I don't really need to go into what happened after that." 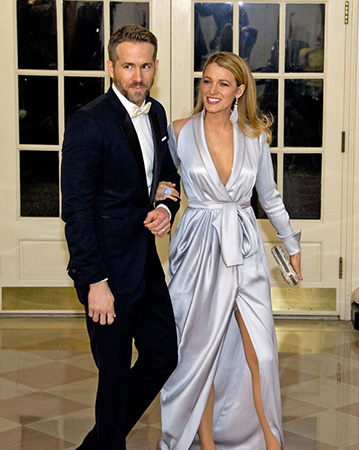 Ryan, who has two daughters with Blake, added: "I'm on the precipice of having a real American family. I mean, I always imagined that would happen, and then it happened. Every idiotic Hallmark-card cliché is true."

See? There's hope for us all. If you're a slammin' hot Hollywood type anyway...