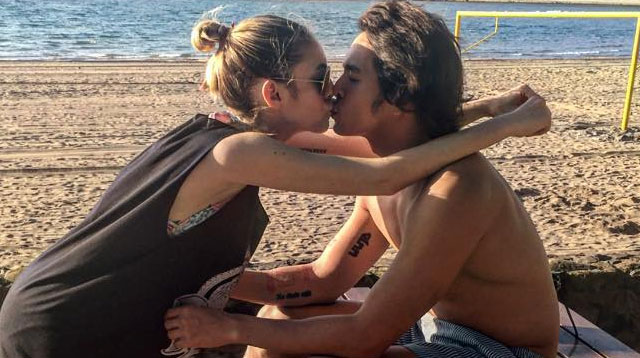 Jake Cuenca broke up with his American model girlfriend, Sara Grace Kelley, in December, according to PEP.ph.

The Kapamilya hunk candidly revealed that their long-distance relationship played a vital role in their spilt. Despite the breakup, Jake still considers Sara Grace, who’s currently based in New York, the most special girl in his life.

Their LDR status, however, wasn’t the only factor that added to their breakup, the actor revealed.

“There were issues that became bigger than what it was kasi nga it's hard to fix things over the phone. Like I said, to me, she's the most special girl in my life. For me, she's my best friend. She was my girlfriend.”

The newly-single Jake isn’t ready to look for a new girlfriend anytime soon. He admits that he’s still not over his ex, “Hindi ako magsisinungaling, I really do miss her. Nag-uusap naman kami. I'm still holding on to that.”

Hope all goes well for you, Jake!