To celebrate the start of summer in the US, Oreo released a new limited edition flavor: watermelon! The variant is a vanilla-flavored cookie with a sweet pink and green spread that's ridiculously delicious, yet perfectly guilt-free. (Foodbeast.com) 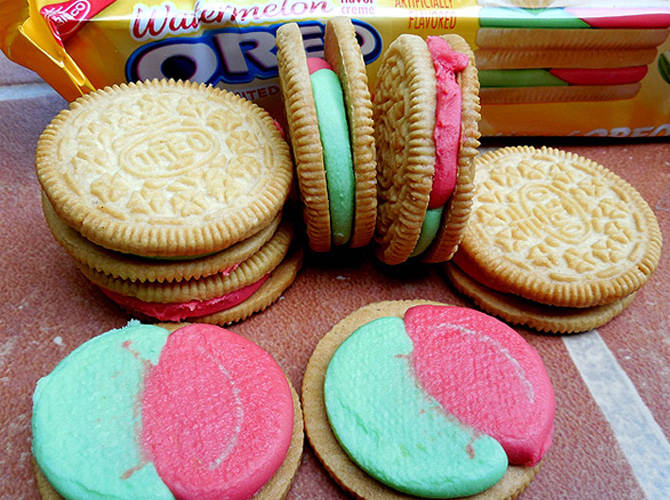 John Mayer released a new song called "Paper Doll," and it's reportedly about ex-girlfriend Taylor Swift! John sings, "You're like 22 girls in one/And none of them know what they're running from." Is it just us, or are those lyrics a reply to Taylor's "Dear John?" "All the girls that you run dry have tired lifeless eyes cause you burned them out.” Oooh, sneaky! (Hollywood Life)

Canadian comedienne Katherine Ryan is in hot water, after she made a joke about Filipino babies on British game show  Mock the Week. During the episode, the guests—including Katherine—were asked to create a punchline with the topic,  "Unlikely lines from from a cosmetics commercial." Katherine joked, "We don’t test any of our products on animals. We use Filipino children.” (FilipinoScribe.com)

Fast-forward to 1:40 and watch the clip here:

It's official! Hit kilig-serye Be Careful With my Heat—starring Jodi Sta. Maria and Richard Yap— will be one of the eight movies competing in this year's Metro Manila Film Festival!  (ABS-CBN News)

According to Akbayan Rep. Walden Bello, some Philippine Embassy officials are reportedly running "sex-for-fly" operations abroad, "where sexual favors were sought in exchange for helping an OFW get home to the Philippines."  (Philippine Daily Inquirer)