1 Listen up, Beliebers: As part of his Purpose Tour, Justin Bieber is having a concert in Manila on September 30, 2017 at the Philippine Arena in Bulacan! Tickets will go on sale on July 9 at smtickets.com, so you better get your wallets ready! VIP seats will cost P17,850, while Upper Box B Sides will cost P1,575. 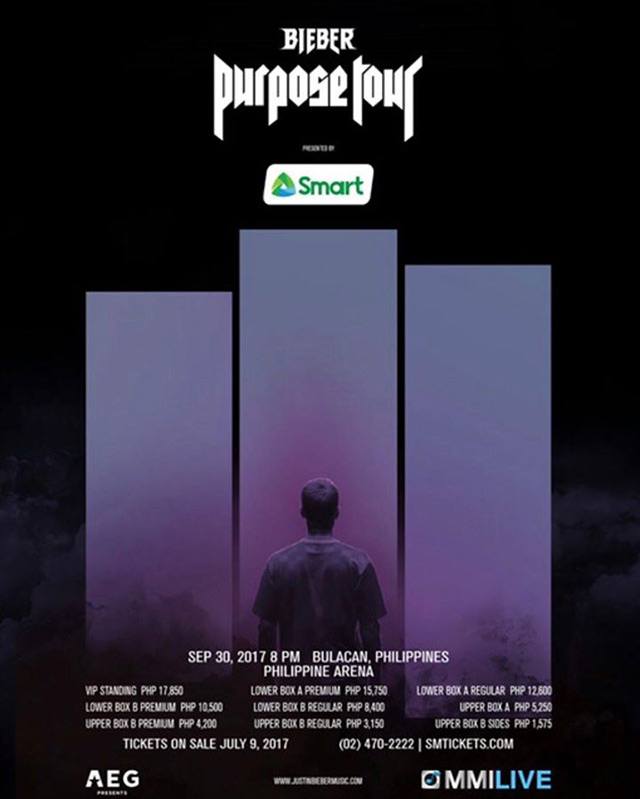 2 Lauren Young, baby sister of Miss World 2013 Megan Young, is taking her confidence back by wearing whatever swimsuit she likes and ignoring the haters, bashers, and Internet trolls who criticize her weight on social media. She explained, "If you're going to allow yourself to be ridiculed [and] allow criticism to affect you, [then] yes it will have big impact on you."

And if any netizens continue to be rude on social media, she remarked, "I will wear a swimsuit if I want to, and to hell with bashers," further emphasizing that it's okay not to have a perfect body because "all you have to do is be confident, happy, and everything else will follow." You go, girl! (PEP.ph)

3 After Luis Manzano celebrated his first anniversary with Jessy Mendiola, some accused the actor of two-timing Angel Locsin with Jessy. To put the speculation to rest, he posted a statement on Jessy's Instagram thread, "TO EVERYONE ASKING OR PRETENDING TO BE 'DETECTIVES,' I was already single January pa lang around 2 days after the Star Wars: The Force Awakens showing here. So that's crystal clear. :) So don't pretend to know it all when all you see/read/know are from tabloids or social media. :) If you still can't understand that e 'di kayo na may problema." (PEP.ph)

4 KathNiel fans better be ready to head to Bucheon next month because the popular love team's film, Barcelona: A Love Untold, will be part of the Bucheon International Fantastic Film Festival's (BIFAN) Best of Asia lineup. Other Pinoy films included in the film fest are The Super Parental Guardians and The Unmarried Wife.

The Bucheon International Fantastic Film Festival will be held from July 13 to 23. (ABS-CBN)

5 Like mother, like daughter. In a new campaign for Quay Australia's eyewear line, 19-year old Kylie Jenner looked like a carbon copy of her mother, Kris Jenner. So nope, you're not seeing double! (E! Online)