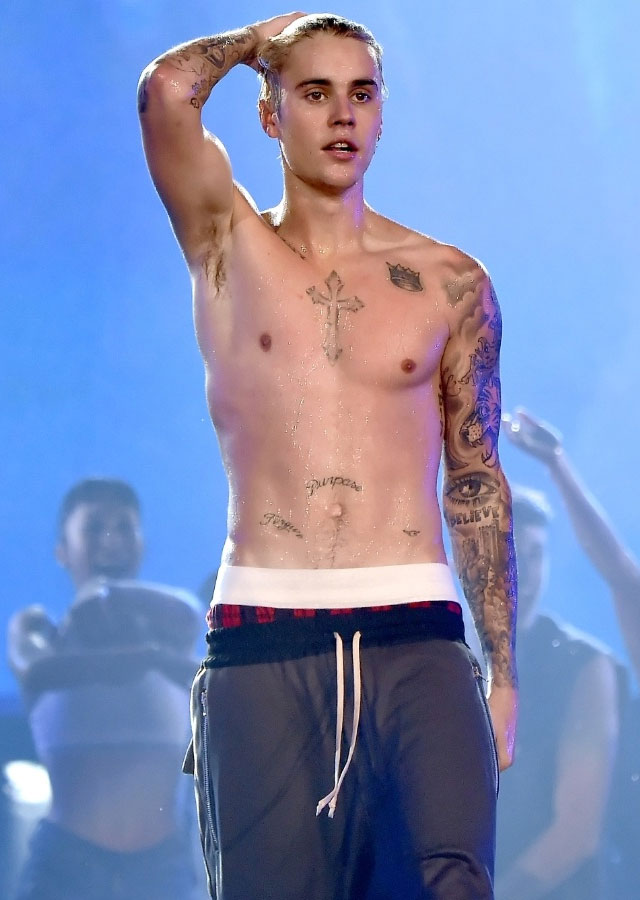 Beliebers in Bologna, Italy were treated to more than just a Justin Bieber concert on Saturday. During the Purpose show, the Biebs briefly flashed his sculpted abs and revealed three new words located just above his six-pack. Thanks to one Belieber by the Instagram name of @trustnobizzle, Justin’s tattoo reveal now lives on forever. Here is the reveal in video form:

Unlike some of his previous shows, Justin welcomed the screams—which of course peaked when his abs were in full display—with open arms. “Son of God” joins Justin’s 50-plus other tattoos, including the word “PATIENCE” on his neck, several crosses, a crown on his collarbone, “PURPOSE” near his belly button, and Jesus on his left leg. The European leg of the Purpose tour continues on Tuesday in Barcelona, followed by shows in Madird and Lisbon before a doubleheader in London.