GMA Films' Spoiled Brat, opening on Wednesday, is not without controversies.
by Dinno Erece | Sep 21, 2009
Post a Comment
Featured 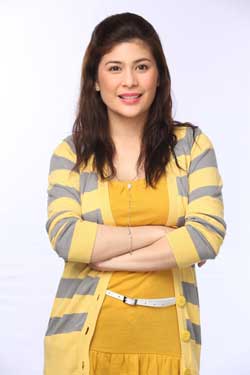 The newest comedy flick from GMA Films and APT Entertainment, Angelina And Yaya: The Spoiled Brat Movie, is set to open nationwide on Wednesday, September 23. Aside from being the big screen adaptation of the Bubble Gang characters popularized by Michael V and Ogie Alcasid, there are other reasons this flick is creating so much buzz.

One of them is how Star Circle Quest Alumni Roxanne Guinoo, an exclusive ABS-CBN contract star, was allowed to appear in a GMA Films movie—the first time this has happened.

This is quite an achievement for the SCQ alumni, but it turns out it also has drawbacks. Already on its last leg of promotions, the movie has been missing Roxanne in press conferences that have been held recently. Someone mentioned that she was advised not to be part of promotional activities, owing to the fact that she’s still a card-carrying employee of ABS-CBN.

See more news about The Spoiled Brat Movie on the next page.
[nextpage] 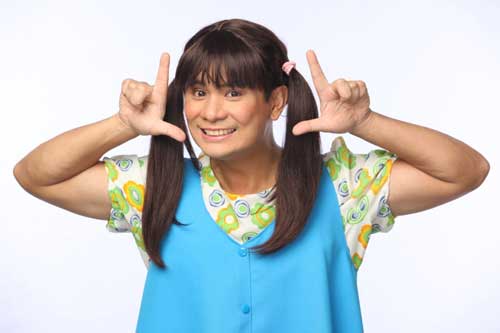 Angelina And Yaya: The Spoiled Brat Movie also marks the third time in a row that Ogie Alcasid has played a female role within a year. The very masculine singer-songwriter lover of Regine Velasquez has no trouble at all doing female roles on the big screen.

Ogie sort of made a comeback in last year’s Desperadas 2, where he played a foreigner princess alongside the original cast of the 2007 sleeper hit: Marian Rivera, Iza Calzado, Rufa Mae Quinto, and Ruffa Gutierrez.

Just recently, he played a man in love with a superstar (Judy Ann Santos) in OMG, which required his character to impersonate an old woman just to be close to her.

And in this new flick opening on Wednesday, September 23, Ogie plays bratty little girl Angelina in a love-hate relationship with his Yaya, played by Michael V.

Could he possibly do another skirt-wearing role anytime soon?