Katy Perry Meets Her Filipino Fans At A Purr-fect Event 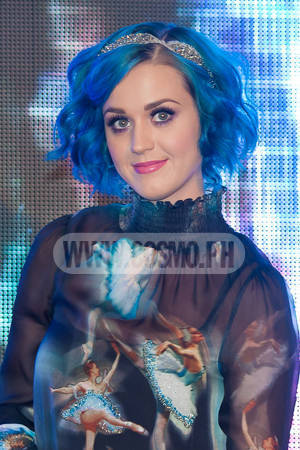 One of the best ways to bounce back from a breakup is to get busy doing what you love. For Hollywood superstar Katy Perry, it appears that involves singing her heart out and meeting her beloved fans.

Just before 2011 ended, Katy's husband of one year, comedian Russell Brand, filed for divorce. But this independent woman didn't let it get her down; instead, she flew out to Asia just one month later to see her California Dreams World Tour through. Lucky for us, Manila was the final stop of her tour, and she gave a show-stopping performance that outdid her previous one back in 2009. (We're sure you've all heard the hype about her kissing former PBB housemate Ivan Dorschner!)

Before the grand event, Katy spent time with her fans in a more intimate setting: She held a Meet and Greet at the SM Mall of Asia Atrium the day before her concert to sign autographs, have photos taken, and chat with her adoring fans. She promoted her fragrance, Purr by Katy Perry, to Pinays, and fans who purchased a 100ml bottle got the privilege to go onstage to meet the Grammy-nominated artist in the flesh.

Fans of all ages flocked to the mall to see the California Girl, and we even spotted some local celebs, including Divine Lee, former Cosmo cover girl Sam Pinto, Kathryn Bernardo, and event host Tim Yap.

Launch the gallery to see our exclusive photos of Katy getting up close and personal with her Filipino fans!