The other day, Katy Perry was minding her own business on Twitter when she decided to mosey on over to Twenty One Pilots' feed and casually like one of their tweets. But not just any tweet. A tweet encouraging fans to buy their new album Trench instead of the A Star Is Born Soundtrack, which it's competing with ~in the charts~.

It seems pretty clear that this was an innocent like for the sake of LOLs, but now? Now Lady Gaga's fans are spiraling over what they consider pure shade. 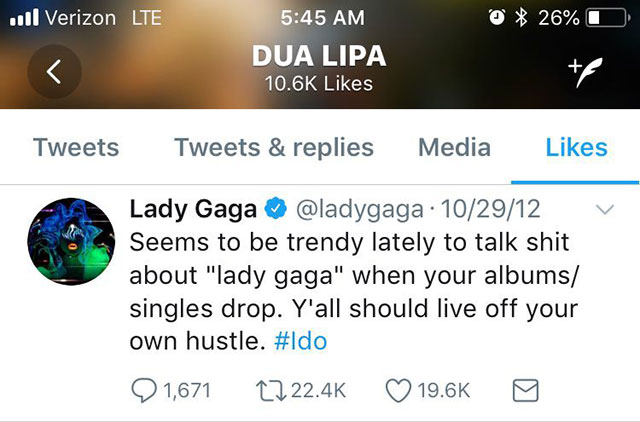 We can all agree that this whole thing is somewhat messy, and now Katy is out here doing damage control. Not only did she *unlike* the Twenty One Pilots tweet, she made it fully clear that she supports Gaga by posting this:

In conclusion, watch your likes.