The supermodel reveals she struggled with her dad Caitlyn's transition.
by Wenn.com | Aug 14, 2016
Post a Comment
Featured 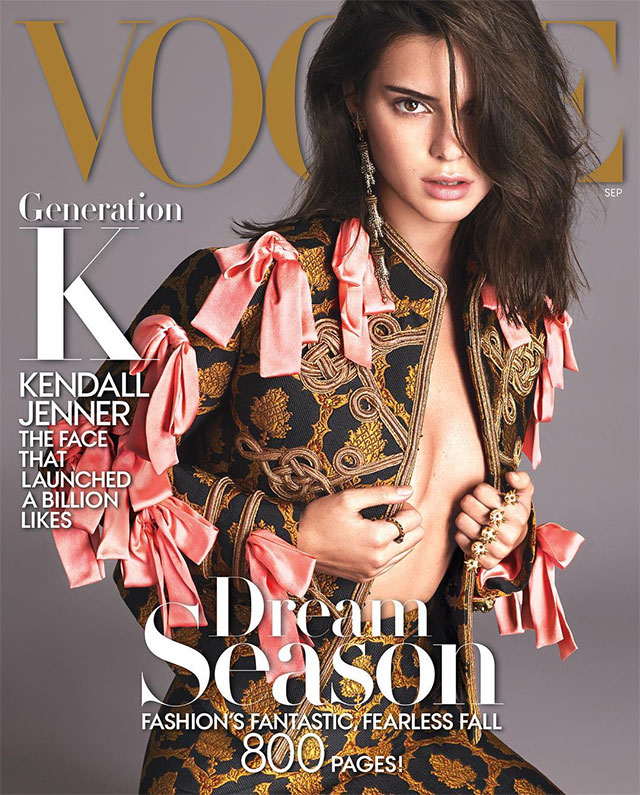 Kendall Jenner struggled to come to terms with her father Caitlyn Jenner’s transition.

Last year, Caitlyn, formerly known as Bruce, announced she wanted to change her gender identity, introducing herself to the world on the cover of America's Vanity Fair magazine.

In a new interview with the fashion bible accompanying her first US Vogue cover, Kendall admitted she found it difficult to come to terms with her dad's transition because it jarred with her image of Caitlyn as a parent who'd directed her towards traditionally masculine things.

"It's superironic to think about now, but it's something I can thank my dad for: how much of a tomboy I was," she explains. "That's why I think the whole thing—her transition—was really hard for me, because I was like, 'But you taught me everything tomboy!'"


However Kendall, 20, who is one of the world's most sought after fashion models, now says she has accepted her father as Caitlyn, even though she feels emotional when she looks back at pictures of Caitlyn before her transition.

"I knew it was going to have its rough phase," she says. "But it's all supernormal now. It's not weird at all. Sometimes I look at a picture of my dad when she was a guy, and it makes me a little sad—I get emotional.

"You have to get past it—you've got a new person to love. It's kind of a blessing in disguise—if that's not the wrong way to say it."

The model's interview with Vogue accompanied her appearance on the front of the magazine's coveted September issue.

Editors at the publication published a video of Kendall and her family, including half-sisters Khloe and Kourtney Kardashian and Caitlyn's ex-wife Kris Jenner, to celebrate her debut as Vogue's cover star.